Where have the good women gone? 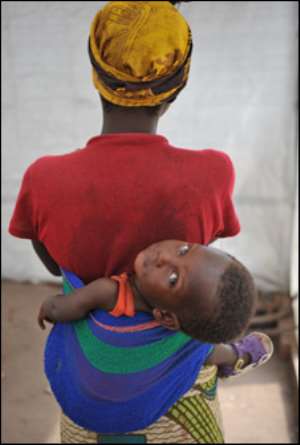 
In her Wall Street Journal article "Where Have the Good Men Gone," Kay S. Hymowitz bemoans the “pre-adulthood” state of modern men in their 20s, characterizing them as aging frat boys who seek to indefinitely extend the college drinking and hookup culture. She attributes our reluctance to grow up to the uncertainty of men's position in society brought on by (what else?) the rise in female socioeconomic status. According to Hymowitz, we're spending our time playing video games and jamming with our band mates rather than buying houses and getting married, because with all of these driven, successful women around, we don't have the incentive to be the providers society once groomed us to be. We responded to this hate-mongering and defended a man's choice not to get married. What's more, as a man who loosely meets her definition of a “pre-adult,” I have a question of my own: Where the hell have all the good women gone?

Finding a good woman
Gentlemen, once you've graduated from college and are well into your 20s, I encourage you to hit the singles scene and try to find a woman your age who can cook, manage her personal finances and has both the know-how and motivation to properly maintain a household. You'll have better luck (and probably more fun) searching for nickels on a busy interstate. Now, before any female readers shout “misogynist,” think for a moment -- the standard I'm imposing is no more sexist than the one being mourned by Hymowitz. Women, for all of their successes and achievements in the last 40 years, still want a man who's ambitious, driven and capable of taking charge of his life and his relationships, because that's what women have looked for in a man since the dawn of time. Well, guess what? What we look for in a woman hasn't changed a whole lot either. We want someone who can support us emotionally, be a mother to our children and can keep the cave tidy while we're out hunting woolly mammoths. Spending my free time drinking and playing Wii isn't going to make me president any sooner than being chained to a desk 80 hours a week is going to allot you the necessary time to help our kids learn how to read.

Traditional gender roles don't apply
The point is we're both doing the same thing. We're taking advantage of the system to do things that our genders were unable to do before. The move towards a knowledge-based economy has affected both sexes equally, though in different ways. Our $60k+ diplomas give us a relatively high degree of clout, and as young professionals, we often find ourselves living in relative affluence far younger than our parents did.

“Modern young women are quick to define themselves through their careers because they were defined by the tastiness of their pound cake recipes for so long.”

Whereas men once worked their lives away in factories with little to show for it, we now have the means (both in terms of money and time) to pursue our dreams and hobbies. We've learned how to feed ourselves, dress nicely and are taking the time to catch up on the childish things that being a successful student just didn't allow for. Modern men in their 20s are finally free to define themselves through their interests and pursuits rather than through their jobs -- or their marriages. Our fathers did not have the same luxury.

For women, it's an entirely different story. Going out and starting a demanding, high-paying career is the new luxury. The same way men are no longer stuck making car parts for pennies an hour, women are no longer relegated to the kitchen or, at best, the typing pool. Modern young women are quick to define themselves through their careers because they were defined by the tastiness of their pound cake recipes for so long.

Have another beer
Hymowitz ends her essay with the following: [referring to young men] “Why should they grow up? No one needs them anyway. There's nothing they have to do. They might as well just have another beer.”

I will, thanks.
Look at it this way: If our lifestyles seem self-indulgent or selfish, so do women's. If women want to define “growing up” for men as moving on to the next milestone in life and starting a family, we're going to go ahead and define “growing up” for women as actually taking the time to learn some life skills that complement, rather than just multiply, our own and lend themselves to being part of a well-rounded family unit. By that standard, women aren't “growing up” any quicker than we are. Before women lament the lack of “good” men, they should consider that maybe the “good” ones don't want them any more than they want the guy who spends his time screaming into an Xbox headset. Why should a man with his life together sacrifice his freedom for hard-driving women who seem so unwilling to sacrifice their materialistic demands? These women are enabling the very lifestyle among men that they decry.

Separate but equal
So, successful women of the world, go ahead and stay an hour later at the office. Drop off that grad school application on your way to the 24-hour gym. Why shouldn't you? You have nothing else you need to worry about -- no boyfriend or a social life. We don't want you anyway.