Headstands after sex and other fertility myths 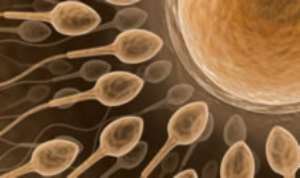 
Put your feet in the air
What you've heard: Once they're in your body, sperm literally have to swim upstream to make their way to a waiting egg. Some women try to make the trip easier by doing a headstand or raising their feet in the air.

Does it work? Gravity does help sperm get where they need to go. But post-lovemaking gymnastics are unnecessary. “When a man ejaculates it's at such incredibly high velocity that the semen has to hit the cervix. You don't have to stand on your head—sperm swim,” says Alice D. Domar, Ph.D., director of the Domar Center for Mind/Body Health and assistant professor of obstetrics and gynecology at Harvard Medical School.

“However,” says reproductive endocrinologist Steven Bayer, M.D. of Boston IVF, “it is reasonable to lay supine for five minutes after ejaculation has occurred. When you get up it is normal for some of the ejaculate to come out.”

Don't waste sperm
What you've heard: Forego sex for a few days or even weeks so there'll be plenty in the pipes when the woman is ovulating.

Does it work? No—in fact, it could backfire. “If a man withholds from ejaculation for more than ten days it can actually reduce sperm motility,” says Dr. Domar. Don't hold out until ovulation day because it can be tricky determining exactly when you're ovulating. A better idea: Have sex two or three times a week. “You don't have to have sex the day you ovulate in order to get pregnant,” Dr. Domar says.

Perfect your position
What you've heard: Choosing a particular sexual position, like doggie-style or missionary, can help spur conception because they allow for deeper penetration.

Does it work? These positions do help deposit sperm closer to the cervix, but the extra depth doesn't make much difference. A woman's slippery cervical mucus should give sperm all the help they need to reach their destination. Deeper penetration may help the small percentage of women whose uterus is tilted backward instead of forward. “But for the vast majority of women it doesn't matter what position they use,” Dr. Domar says.

Go for the big O
What you've heard: You have to have an orgasm in order to conceive—the muscle contractions that occur during orgasm are necessary to move sperm toward the cervix.

Does it work? It's always nice to climax during sex, but it's not necessary in order to conceive. Sperm can move just fine whether or not you see fireworks. “Sperm don't need the help of muscle contractions—there are plenty of women who get pregnant without reaching orgasm,” Dr. Domar says.

Does it work? “There's no evidence that omega-3 fatty acids or fish oil help people get pregnant,” Dr. Domar says. However, eating a healthy diet and maintaining a normal body weight does help pave the way for a healthy pregnancy and are especially crucial in your baby's brain development. Choose lots of fruits, vegetables, whole grains, low-fat dairy and healthy proteins, such as fish and chicken.

Be mindful of how much fish you do eat, says Dr. Bayer. Some fish are high in mercury, which can be detrimental to a pregnancy. “You should avoid tuna, mackerel, shark and tile fish and limit all other fish to two meals per week,” he says.

Do yoga
What you've heard: The stretching and strength-building of yoga can help you conceive.

Does it work? Gentle, relaxing yoga can help your body fight stress by reducing blood pressure and heart rate, and lowering the levels of stress hormones in your blood. “But I've never seen any evidence that it increases pregnancy rates,” Dr. Domar says.

Stop and smell the roses
What you've heard: Smelling the essential oil of roses, geraniums, chamomile, basil, jasmine and lavender can boost fertility.

In fact, the National Association for Holistic Aromatherapy recommends that women err on the side of extreme caution and not use aromatherapy oils during the first three months of pregnancy. It may make sense to avoid them while you're trying to conceive—but it's probably fine to relax in a rose-scented bubble bath or pamper yourself with some lavender body lotion.