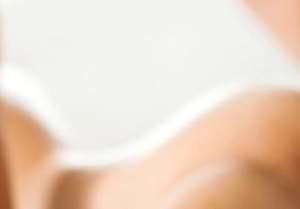 I know this article will raise many eye browns but it is important to men’s health. It has been found that a penis fracture can occur when there is trauma to an erect penis. Few studies have reported this issue and linked it to doggy style. For instance, in Ghana, a recent study by Assabill et al.(2022) reported three case studies of penis fracture linked to vigorous sexual activity in Cape Coast in men 31-60years.

A penis fracture differs from other fractures in the body because the penis has no bones. During an erection, the penis is engorged with blood that fills two cylinders (corpora cavernosa). If an engorged penis is bent suddenly or forcefully, the trauma can rupture the outer lining of one of the two cylinders (tunica albuginea). This can result in a penis fracture.

A penis fracture often results in a penis that bulges and appears purple, looking somewhat like an eggplant. Signs and symptoms of a penis fracture include:

Sometimes the tube that drains urine from the body (urethra) is damaged as well, and blood might be visible at the urinary opening of the penis. A penis fracture requires urgent medical attention. The injury can usually be diagnosed with a physical exam, but additional testing such as ultrasound may be needed. Prompt surgical repair is typically recommended. The Mayo Clinic confirmed that if left untreated, a penis fracture might result in a curved penis or the permanent inability to get or keep an erection firm enough for sex (erectile dysfunction).

I chanced on this important study on men's health and I have decided to share it with you. The study, by Barros et al. (2017) evaluates the relationship between sexual position and the severity of the penile fracture. The authors studied 90 patients with penile fractures. Also, the mechanism of injury and the sexual position was assessed. They divided their sample by the genesis of the fracture in six groups: (a) masturbation or penile manipulation; (b) 'man-on-top' position; (c) 'doggy style position; (d) 'woman-on-top' position; (d) blunt trauma; and (e) 'rolling over' fracture. The patient's ages ranged from 18 to 66 years (mean of 39 years).

In explaining this position, Kar and Kar(2005) agreed that doggy style is a sex position in which a person bends over, crouches on all fours (usually on hands and knees), or lies on their abdomen, for sexual intercourse , other forms of sexual penetration or other sexual activity . A doggy style is a form of a rear-entry position, others being with the receiving partner lying on the side in the spoons sex position or the reverse cowgirl sex position . Non-penetrative sex in this position may also be regarded as doggy style.

Although it is not the most commonly used sex position, it is regarded as the favored position by men, while the reverse cowgirl position is favored by women("The Missionary Position". 2005). Alex and Susan(2005) also held the view that Among sex partners , the person in the doggy style position is usually passive, while the other partner is active (although sometimes it can be the other way around if the person in the doggy position backs up into their partner behind them). Either partner may be the dominant partner or the submissive partner.

Robert J. Campbell (2009) explained that in ancient Rome, this practice was known as coitus more ferarum, Latin for "sexual intercourse in the manner of wild beasts". In The Kama Sutra (1883) the author notes that the specific origin of the term doggy style is not known, but is presumably a reference to the initial position assumed by dogs when mating. It is described in the Kama Sutra as the cow position or the congress of a cow and is listed in The Perfumed Garden.

Faix et al. (2002) note that during vaginal penetration from behind, the penis may penetrate deeper into the vagina, reaching preferential contact with the posterior wall of the vagina and probably reaching the posterior fornix ; while in the missionary position , it is in preferential contact with the anterior wall of the vagina and the tip of the penis can reach the anterior fornix.