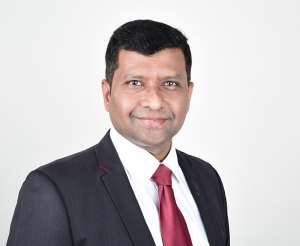 Imagine you have a minor cut and the bleeding does not stop. This can happen to those people with Hemophilia. It is an inherited bleeding disorder where the body lacks the ability to make blood clots, a process needed to stop bleeding. This can lead to spontaneous bleeding as well as bleeding following injuries or surgery. Small cuts usually aren't much of a problem. In severe conditions, bleeding that happens inside the body especially knees, ankles, elbows and brain can damage your organs and tissues and can be life-threatening.

The condition is not curable currently, but it can be treated to minimize symptoms and prevent future health complications. Genetic counselling is the main tool for the prevention and control of genetic disorders, targeted at families with an affected birth or with a family history of the disorder.

What causes Hemophilia and who are at the risk?

The biggest risk factor for developing hemophilia is having family members who also have the disorder. Haemophilia predominantly affects the males.

Signs and Symptoms to watch out for

Depending on the level of clotting factors, signs and symptoms of hemophilia vary. In mild conditions, the bleeding is moderate and might bleed only after surgery or trauma. However, in severe cases, one can bleed easily for seemingly no reason.

Some of the common signs and symptoms of hemophilia include:

Although very rare, sometimes a simple bump on the head can cause bleeding into the brain for some people who have severe hemophilia. It is a state of emergency and immediate medical help must be taken. Severe headache, vomiting repeatedly, seizures, feeling lethargy or seeing double vision or sudden excessively sleepiness are some of the signs.

Hemophilia is usually diagnosed through a blood test. It helps identify the type of hemophilia and its severity. Reviewing the symptoms, personal medical history and clinical evaluation are recommended. Since the disorder affects males in general, many people with a family history of hemophilia get their baby boys tested soon after birth.

Treatment focuses on replacing the missing protein and preventing complications. It involves giving or replacing the clotting factors that are too low or missing. This is done by infusing (administering through a vein) commercially prepared concentrated FVIII or FIX product.

In more severe cases, one may need to go to physical therapy for rehabilitation if hemophilia has damaged your joints. And, if you have pain associated with the condition, your doctor may prescribe or recommend pain medications to help alleviate the pain.

Hottest Photo Reports
Catch up with all the political quotes from our politicians.
Advertise here
More from Health & Fitness
ModernGhana Links
Understanding the cognitive benefits of breastfeeding. How breast milk promotes healthy early brain development
Hepatitis awareness during the month of July
We cannot #endAIDS if we blindly depend on the Global North
TOP STORIES