Divorced but not a demon 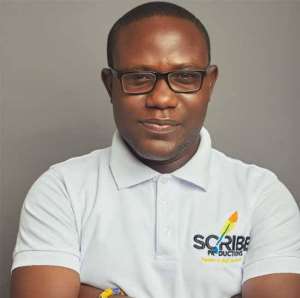 A divorcee is supposedly an outcast. In some churches, they can’t preach. They are stripped off their title if they once had one. Just because such walked out of their marriages, they are forcibly walked out of every role they play in church.

In our society, we mock those who have walked out of their marriages. No matter how much they may have achieved in life, we paint them as bad role models. Divorce comes with its own stigma and this stigma has been the cause of many deaths that could be avoided.

Almost every sane person walks down the aisle with the intention of living happily ever after. At the altar, we all say “for better and for worse” to our partners but we have no idea whether the worse will tear us apart or not. Divorce is like an accident. No one expects it.

When the worst moment of any marriage puts the life of either a partner or child at risk, a couple is better apart than together. If the only way for a spouse to flaunt their ego is through physical abuse of the other, divorce or separation is the only escape route.

The same God who hates divorce hates murder even more. Marriage should be a place where we look forward to growing in love together, not a fighting arena where one partner looks forward to killing the other. It is the wish of God for every couple to be married forever but not when one of them only regards the other as a punching bag.

As a society, we must be intentional about changing the narrative about divorce and divorcees. Not everyone leaves their marriage due to flimsy reasons. Some leave because the longer they wait, the earlier they get to their graves.

Marriage is not a do or die affair. We must encourage our daughters to flee from men who put their lives at risk. If they continue to endure abuse on behalf of their children, they will soon not be alive to take care of those children. After all, divorce is not one’s ticket to Hell.

A society that keeps stigmatizing divorcees empowers abusers in marriage. The victim is torn between running from either their abusive partner or judgmental society. The former abuses them physically and the latter, psychologically. The former will leave them with sores on their body while the latter leaves them with sores in their heart.

A divorcee is not a demon. Like a misfortune, divorce can happen to anybody ― even the holiest of people. When you, thus, see people go through the mill of divorce, sympathize with them instead of adding to their woes. Just because the marriages of people failed doesn’t mean they have failed in life.

When we stop hanging divorcees, we will stop burying victims of marital abuse. Any woman (or man) who died of abuse in any marriage had once wanted to leave. However, the consequences they were going to face from society deterred them.

People who are abused in marriages can’t walk away if we keep demonizing divorcees. If we keep flashing the ‘God hates divorce’ red card in their faces, we will keep attending funerals of people who could have been alive if they had been given the opportunity to walk out.

How we treat divorcees as a society matters a lot. The sanctions we put on those whose marriages have collapsed send a subliminal message to others who are at their point of death in their marriages. They may just have to tarry on until the day of their death arrives.

We can’t condemn divorcees and expect those who are suffering marital abuse to have the strength to walk away. Some may want to escape from their abusive partners but… can’t escape from our abusive society.

This week, social media has been awashed with the news of the death of sensational Nigerian gospel musician, Osinachi Nwachuku, of Ekwueme fame. She was allegedly KILLED by battery; killed by a man she had walked down the aisle with for better and for worse.

Social media users have been incensed by the manner through which such an icon should depart from the earth. A woman with so much potential had had to contain so much abuse in the name of ‘God hates divorce’ even to the point of death.

Who killed Osinachi? Maybe her husband was the chief culprit. And maybe… we are all his accomplices. She may have been afraid of the harsh criticism we may have rained on her. We may have cancelled her from all our events and doubted if she was still a servant of God.

We can’t be sympathizing with Osinachi when we have so much resentment towards divorcees. We can’t pretend to love her now when we would have been the first to come for her head if she had mustered the courage to leave her torturer. We would have sacked her from church and banned her from preaching if we had the power to. No one would have given her the opportunity to sing on their pulpit let alone the opportunity to tell her side of the story.

People may have divorced but it doesn’t make them demons. After all, the same God who hates divorce cautioned us not to be judgmental. Who are we to treat them any differently? If we take divorcees off our condemnation list, others who are enduring marital abuse will speak up and hopefully walk out.

Osinachi may not be the last victim of domestic abuse… as long as we keep treating divorcees as demons. If you are a victim of abuse of any sort, walk away before you are carried away.

Kobina Ansah is a Ghanaian playwright and Chief Scribe of Scribe Communications ( www.scribecommltd.com ), an Accra-based writing firm. His play, EMERGENCY WEDDING, is livestreaming on www.scribeproductions.com this Easter.