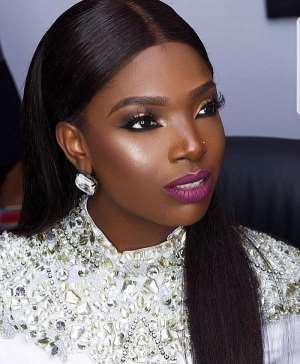 Annie Idibia is too dutiful. If she was dutiful to people who respected her duty that would be another matter. The problem with Annie is that in her quest to be perfect, giving and amiable so people will love her. She has denied herself that love.

I'm not a fan of covering things in order for people not to assume your vulnerability. Nothing is hidden that will not come to light. She wanted to be the king Kong of women, pretend in public her husbands polygamous ways didn't impact her, she was dutiful, she was good, a decent wife and a homemaker. I've read enough books to know that decency, and closing your mouth, and being the more 'acceptable' in the eyes of public opinion doesn't mean you are the one that is loved. Opposites will never attract.

The issue which Annie does not want to accept is her husband loves Pero, his mistress, that's why he keeps going back. It's well documented her husband can easily spread himself around, he keeps going back to Pero because he loves her. If not for family pressure for him not to marry Pero and the fact they prefer someone amiable, amicable and well presentable for their rich and successful son. Annie though the childhood sweetheart would not be in the picture.

It's unfortunate Annie did not decide to marry someone who adored all she was genuinely and decided to marry her. Rather she married a man who found her naive ( his family too) , scared of public scandal ( if it was someone who had a big mouth and didn't mind public scandal, he would not have dared), a carer of what people think and eager to please. So he married her so he could emotionally abuse her and continue his philandering ways and continue with Pero. It was the same with Princess Diana ( until they realised she had a mouth to speak and then suddenly she was a witch, because she spoke for herself).

Now Annie's brother who she gives money like is nothing when she refused to continue being a bank. He has gone on social media and tarnished her. Yet she is also silly for letting people treat her like a bank. When people see you don't value your money, they won't think you are a samaritans for giving out, they will see you like a fish sees water, a pool of constant consumption. The thing is people know Annie's weakness is public shame. That is why Pero also embarrasses her in public.

See Annie's brother, Pero and 2face don't care about what the public think as long as their getting what they want. So if Annie knows she cares. Then my dear also be with somebody who cares. Now poor Annie after stomaching and covering for the public, while the others make her a public joke.

Soon she couldn't take it anymore and the outbursts against hers and 2face and his family are coming out. Of course with Annie they know a little manipulation and argument about how she is not thinking of them and being selfish rarara will make her timid again, like the good woman she has been trained to be, the good wife who prays by doing everything ' right' her loser of a husband will see her as a good woman and stay. That one day her family will appreciate her self imposed sacrifice.

She is a beautiful woman trying to win useless laws. The Bible says love your neighbour as yourself. Not more than yourself because you come first and boundaries are important. Without love of self, love of others is always going to be a nasty game, without boundaries for you. Good people adore good qualities. Some people won't. I for one don't understand the waste of time wondering why people do what they do. You just accept it and cut them off or make your relationship have boundaries.

People invest too much in 'changing people' to see things their way. Not only does that just build resentment in them. You also lose yourself. My advice to Annie, my dear, GET A LIFE! and think about yourself and your happiness, because those other people are living! And duty is no way to burden yourself before you die of your one life.

Divorce is a beautiful thing, every country with laws, every religion and those who think logically, know that sometimes divorce is the best thing you can do for yourself and your children and even that partner. It frees you to continue living from a situation suffocating you. So what if the side chick wins, so what if you marry more than once and if the first doesn't work and is a misery, go for it over and over and over till you find happiness. Some people their main hobby is gossiping because they have no life.

People with lives tend to have empathy and not engage in why someone made decisions in this maze of life and mock them. We all have people who gossip about us. I tend to find mine quiet ludricous, ridiculous and of quiet poor taste so their opinions don't dent anything in my body neither God forbid will I change the track of what I'm doing or my own self for them to stop whispering. That's giving low lives too much power. Annie take your power back. Let them talk and let yourself be free!