Everything you need to know about Lymphoma 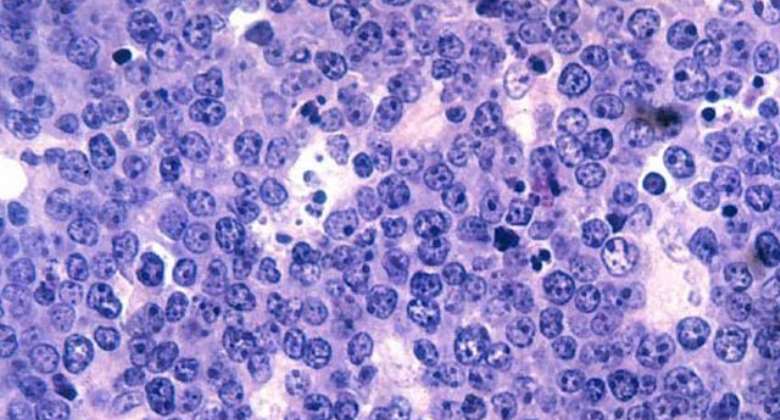 Lymphoma is a type of cancer that affects the infection-fighting cells of the immune system, called lymphocytes. About half of the blood cancers that occur each year are lymphomas, or cancers of the lymphatic system. This system - composed of lymph nodes in our neck, armpits, groin, chest, and abdomen - removes excess fluids from our body and produces immune cells. Sometimes abnormal lymphocytes become lymphoma cells, which multiply and collect in lymph nodes and other tissues.

About 10-15% of patients with lymphomas have Hodgkin lymphoma. Because of advances in treatments, Hodgkin lymphoma, once considered a fatal disease has been transformed into a highly curable condition to the tune of over 90%. There are more than 50 subtypes of non-hodgkin and can often be cured or controlled for long time. Most non-hodgkin lymphoma are B-cell lymphoma, some are slow growing (indolent), and some grow quickly (aggressive). The prognosis of depends on the specific sub type.

The two main types of lymphomas are:

Lymphomas develop due to genetic changes in the cells (lymphocytes) leading to their uncontrolled growth, however in most cases the cause of these changes are unclear. Certain risk factors like an autoimmune disease, HIV/AIDS, age factor and exposure to certain pesticides can increase the risk of developing lymphomas.

What are the common signs and symptoms of Lymphoma?

Signs and symptoms of lymphoma may include painless swelling of lymph nodes in the neck, armpits or groin region, persistent fatigue, fever, night sweats, shortness of breath, unexplained weight loss and itchy skin.

How are lymphomas diagnosed & treated?

Lymphomas are typically managed by medical oncologists’ cancer specialist. A proper lymph node biopsy with markers tests is essential for diagnosis. Additional tests such as blood tests, cytogenetics, imaging tests (like CT or PET scan), bone marrow biopsies are often necessary to determine the extent (stage) of the disease.

Treatment decision is usually based on:

2. Specific type of the lymphoma

Treatment for Hodgkin’s lymphoma normally depends on the stage of the disease. The main treatment options are chemotherapy and radiation. Various other treatment modalities include, immunotherapy, radiotherapy, targeted therapy, and stem cell transplant. Recent advances in field of immunotherapy like CAR- T cell therapy has made it possible to attempt cure of even heavily pre-treated lymphoma.

The risk factors for lymphoma cannot be regulated but there are some precautions that can be taken. Its always advisable to avoid intravenous drugs and unprotected sex with multiple partners since HIV and hepatitis C weakens the immune system which in turn increases the risk of developing lymphoma.

Also avoiding unnecessary exposure to radiation and following a healthy diet and maintaining weight helps in preventing from lymphoma.

Hottest Photo Reports
Catch up with all the political quotes from our politicians.
Advertise here
More Health & Fitness
ModernGhana Links
7 warning signs of brain tumour to be aware of
Diet & Nutrition plan for a Head and Neck Cancer Patient
Passive smoking is an active and acute problem
Calcium Deposits in Coronary Arteries Early Sign of Heart Trouble — NURA Doctors
How to have glowing skin during this winter
A Guide to Manage Winter Allergies and Asthma
Cancer: A preventable disease that requires major lifestyle changes
Replace maida with these 8 healthier alternatives this holiday season
Is One Health approach the gateway towards pandemic preparedness?
TOP STORIES