National Epilepsy Day: All you need to know about epilepsy and managing seizure attacks 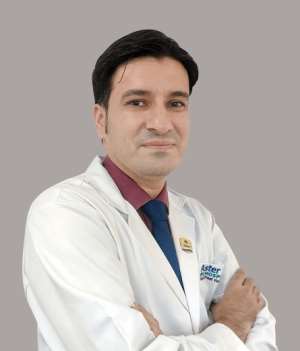 Epilepsy is a long-term illness that produces recurrent, uncontrollable seizures. Epilepsy is diagnosed after a person has experienced two or more unprovoked seizures. Seizures occur when a burst of electrical impulses in the brain exceeds their usual boundaries. They spread to other places, causing an uncontrollable storm of electrical activity. Electrical impulses can be conveyed to muscles, resulting in twitches or convulsions.

Seizures can be divided into two categories. Seizures that affect the entire brain are known as generalised seizures. Focal seizures, also known as partial seizures, impact one portion of the brain. A mild seizure may just last a few seconds, and can be difficult to detect. Seizures that are more severe can produce muscular spasms and involuntary twitches, and they can last anywhere from a few seconds to several minutes. Some individuals get disoriented or lose consciousness after a more severe seizure.

Seizures can be triggered by a lack of sleep, sickness or fever, stress, bright lights, flashing lights, or patterns, coffee, alcohol, medications, or narcotics, skipping meals, overeating, or certain dietary ingredients. A seizure is generally caused by a combination of factors. Keeping a seizure notebook is an excellent approach to figure out what triggers your seizures. After each seizure, write down the date and time, what you were doing, what was going on around you, any strange sights, smells, or noises, any unusual stresses, what you were eating or how long it had been since you'd eaten, your degree of exhaustion, and how well you slept the night before.

The following are some factors that may increase the risk of epilepsy: Epilepsy is most commonly diagnosed in children and older people, although it can strike anybody at any age. If your family has a history of epilepsy, then you may be more susceptible to having a seizure problem, instances of head injury, strokes, and other vascular illnesses can cause brain damage, which can lead to epilepsy. Infections that cause inflammation in the brain or spinal cord, such as meningitis, may further raise the risk. Seizures are also occasionally linked to high fevers in children.

Steps to be taken to assist someone who is having a seizure: Allow the patient to lie on the ground and gently roll the individual to one side. Remove any ties or other objects from around the neck that may make it difficult to breathe. Take off the spectacles and clear the area surrounding the individual of anything hard or pointy. Place something soft and flat beneath his or her head, such as a folded jacket. Seizures should be timed and look for a medical bracelet or other emergency information. It is also critical to never perform any of the following: Do not restrain the individual or restrict his or her actions. Never put anything in the person's mouth as this might result in tooth or jaw damage. Do not perform mouth-to-mouth breaths (like CPR) as post the seizure, most people resume breathing on their own. Wait till the person is entirely awake before giving him or her a drink or food.

Contact an ambulance or take the individual to the hospital right away if they face the following:

Has never previously experienced a seizure or after the seizure.

The patient has trouble breathing or awakening after the seizure.

More than 5 minutes have passed since the seizure started.

Soon after the first seizure, the individual experiences another.

During the seizure, the patient gets injured.

The seizure occurs when the individual is in water.

The person has diabetes, heart problems, or is expecting a child.