Love is never unconditional; not even with God – Uncle Ebo Whyte 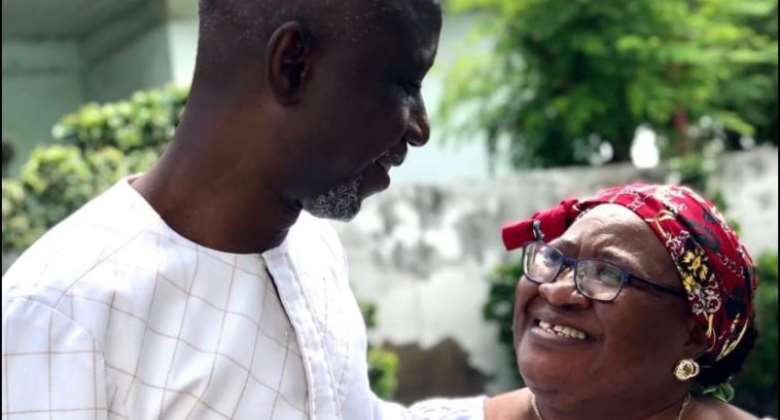 Uncle Ebo Whyte reveals that no relationship is devoid of conditions. And once those conditions are not met, the relationship may not last and eventually come to an end.

Speaking as a guest on the TV3 NewDay show, Uncle Ebo Whyte said that people who say that love is unconditional are lying to themselves. Because everyone has expectations which they require that their partners fulfil.

“Love can never be unconditional. Unconditional love does not exist even with God. So if even with God, I have to know why God loves me, and I have to play up my role in being sincere in my worship of him, Why do you think I will love you when you don’t care?

And because of that, as soon a relationship goes from courting to marriage, one part is treated like dirt. Because you don’t realise that the reason you are in my life is that I have expectations.”

He further explains using his family as an example. He discloses that his marriage is still complete despite the absence of children. He pointed out children are not the backbone of marriages as people have different expectations from the union.

Uncle Ebo Whyte also advised people to first love themselves before entering into a relationship. He said you must set boundaries and expectations or be ready to be treated the way they think you want to be treated.

Latest Photo Reports
Catch up with all the political quotes from our politicians.
Advertise here
More Love & Relationships
ModernGhana Links
6 main reasons why most relationships fail
Check out some benefits of early morning sex
Don't blame side chicks when you have issues in your marriage — Uncle Ebo Whyte advise married women
Kiss your girlfriend so she doesn't get snatched - Pappy Kojo advises men
[VIDEO] How to win the battle with broken heart
Dear You
Love Is A Beautiful Thing
VIDEO: How to maintain the vibes with your new found Love
Newly wedded Abena Moet says there is nothing special about marriage
TOP STORIES