6 main reasons why most relationships fail 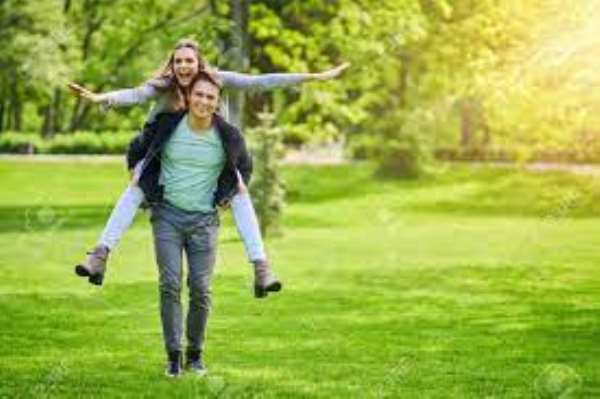 It is a common thing to come across young folks who have quite a bad reception towards that blissful Cupid effect called love.

Featuring extensively amongst resentful young folks towards love is either broken heart, cheat and on a few cases physical and emotional abuse.

However, one thing these young folks fail to understand is that there are certain petty offenses that turn out to influence their flaws when they go into some of these relationships.

Below are a bunch of the most common relationship mistakes made early on, according to experts. heed their warnings, or you could be back on that dating app sooner than expected.

You’re one week in and tell yourself, he/she/they is “the one.” These days, many people aren’t in any hurry to commit seriously. There may be chemistry and a connection, but your new partner may just see you as a short-term fling. Avoid falling too fast until you’re sure your partner views the relationship with the same level of seriousness as you do.

When it comes to passionate exclamations like, “I think I’m falling in love with you,” think it, don’t say it. The early stages of a relationship usually seem so promising, and even if you feel deeply comfortable, your emotions may be more advanced than theirs. “Share with your partner as much as they share with you and only if it feels right,” advises relationship expert Margaux Cassuto.

Mistake #3: Talking yourself out of concerns

Maybe you thought it was weird how he or she checked out the server on your first date, or didn’t pick up the tab, or made an off-color “joke” that didn’t feel quite right—but all his or her charm, good looks, and intelligence makes up for it, right?! Wrong. If your gut is picking up on little things, but you keep telling yourself a certain narrative about how you could be meant for each other, it may spell disaster down the road.

Mistake #4: Blowing them up constantly

It’s 2017, and texting all day long is the new normal. And when you like someone, of course, you want to talk and hear from them all the time. But compulsive texting can be a huge turnoff early in dating, as it is smothering and can show neediness and a lack of self-control. Try to match your partner’s texting frequency (unless they’re the ones overdoing it). Maintaining a bit of mystery isn’t the same thing as playing games, people.

Mistake #5: Getting physical too quickly

By all means, have sex when you want, but know that sometimes when sex enters a relationship early, it can hijack your emotions and cloud your judgment, explains relationship expert LaVonya Reeves. “I think a lot of people experience this. You start dating someone and begin a relationship that’s also sexual. But, if you’re not really connected beyond the sex, it can complicate the relationship too soon.”

Mistake #6: Getting nosy about money

It’s okay to ask what he or she does for a living and how they like their job, but don’t go much beyond that. When you start asking questions like, “Do you rent or own?,” “What kind of car do you drive?,” or, “Do you invest in the market?” they’re going to know you’re digging for financial info—which is something some people are private about and prefer to save for later.

Hottest Photo Reports
Catch up with all the political quotes from our politicians.
Advertise here
More Love & Relationships
ModernGhana Links
Love is never unconditional; not even with God – Uncle Ebo Whyte
Check out some benefits of early morning sex
Don't blame side chicks when you have issues in your marriage — Uncle Ebo Whyte advise married women
Kiss your girlfriend so she doesn't get snatched - Pappy Kojo advises men
[VIDEO] How to win the battle with broken heart
Dear You
Love Is A Beautiful Thing
VIDEO: How to maintain the vibes with your new found Love
Newly wedded Abena Moet says there is nothing special about marriage
TOP STORIES

Low remuneration of bankers could cause some bankers to leak...
10 minutes ago

We'll not allow this old man Akufo-Addo and his old men gov'...
37 minutes ago