Child critical with Covid and rickettsial infection get timely treatment 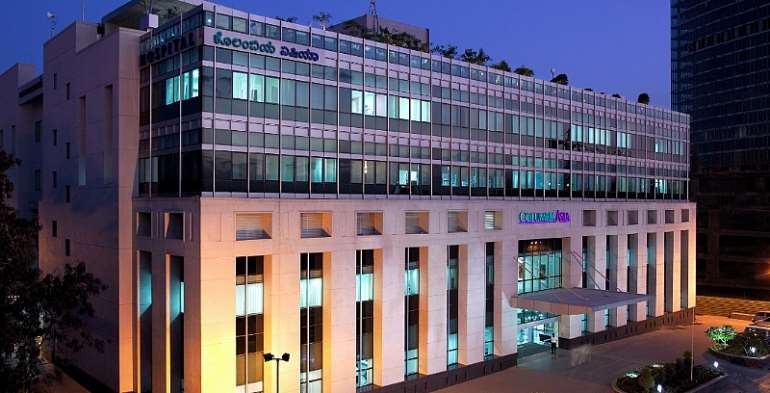 As we all know Covid second wave took the country by storm. This time, with several children being affected due to Covid, parents were worried. Although majority of these children had only mild symptoms, 1 in 10 required hospitalization and few turned critical. One of the ways in which children with Covid 19 presented was with another coexisting tropical infection. This worsens the child’s condition as many a time the Covid infection itself affects their immunity.

One such case is of Arpith (name changed) a 2-year-old boy from Nelamangala who was suffering from high grade fever since 5 days and had rashes all over the body. Unfortunately, due to the fear of visiting hospital, the parents had not seeked help despite the child having fever for 5 days. They considered the rash and fever to be a type of Chicken Pox infection and hoped it will subside on its own.

However, as the child’s condition started to worsen with generalized swelling of his body, worsening of fever and rashes and progressive drowsiness. By the time they reached hospital it was too late as Arpith started having fits. He was immediately referred to Pediatric ICU of Columbia Asia Referral Hospital Yeshwanthpur (A unit of Manipal Hospitals). When he was brought to the hospital he was having continuous fits and his condition had worsened to a life -threatening condition called refractory status epilepticus. The team of doctors who attended to the child suspected a tropical infection called Rickettsial fever with complications involving the brain and shock with low blood pressure. The child required immediate resuscitation and a team of doctors spent the next 4 hours in the emergency unit trying to stabilize the child. After putting the child on the ventilator, the doctors gave 3 medications to reduce the fits and multiple fluid boluses which helped in stopping the child’s seizures and his blood pressure stabilized. As a protocol the Covid test was done and the results came positive. This further complicated the situation with multi organ dysfunction and a dual infection of Rickettsial fever and Covid 19 giving the child a grim chance of survival.

Rickettsial fever caused by a tick bite especially seen in tropical places like ours in the monsoon season. The condition can be quite fulminant when not treated early and can cause complications like brain fever, low blood platelets, low blood pressure and in some cases death. The symptoms of Covid 19 and rickettsial infection is extremely rare and not seen in the west. Both conditions need to be recognised and complications arising from either should be considered along with post Covid inflammatory syndrome while treating the child. The management of Arpith was very challenging to the team of doctors as multi organ dysfunction had already set in and the child was young.

Talking about Arpith’s condition Dr Supraja Chandrasekhar, Consultant - Paediatric Intensivist, Columbia Asia Referral Hospital, Yeshwanthpur (A Unit of Manipal Hospitals) said “When Arpith was brought to the emergency unit, he had repeated seizures and the child looked sick and drowsy. His body was swollen and he had altered sensorium. His platelet count had dropped to 20,000. Our initial challenge was to control his seizures and we administered medications for the same. However, the child did not respond. Therefore, we put him on ventilator support. Looking at all the symptoms, we realized that along with Covid, the child has also developed meningitis due to Rickettsial infection and it was important to treat it to avoid complications. We treated Arpith for both Rickettsial infection and Covid.

Child was given specific antibiotics, ventilator management, blood pressure supportive medications and multiple fits medications. An MRI and lumbar puncture to test the brain fluid test was done which confirmed that the child had brain fever as a complication. As the child continued to be in shock, he was also given Immunoglobulin due to hyper inflammation caused by the Covid illness. The child responded well to the treatment and within 3 days he was able to come off the ventilator.

Dr Gurudutt Consultant - Paediatric Intensivist, Columbia Asia Referral Hospital, Yeshwanthpur (A Unit of Manipal Hospitals) said that “The crucial determining factor of a good outcome is to monitor if the child’s brain recovers without long term effects despite 2 hours of continuous fits, brain fever that was unrecognised and a dual infection. It is heartening to see the child wave bye and smile while going home after 2 weeks of stay. Every effort was worth it. “

Despite the complicated and progressed disease status, the expertise of the treating team in handling complex critically ill children and the advanced technology at the hospital helped to gain successful outcome. It is important to note that, though the child had Covid 19 and was on ventilator support, he made an uneventful recovery as for the child the ventilator was lifesaving and gave the child’s brain sufficient time to recover.

It is not only the infection Covid 19 the parents have to be careful about. Kids can develop many other infections and complications. Parents need to watch out for any symptoms in kids and discuss with their doctor immediately without hesitation. Covid associated with other infection or health issues can turn into severe and further complicate the situation.

Speaking about Arpith, his mother said “We were anxious looking at our child’s condition. He had fever and we were giving medications for the same. But when we saw him having convulsion, we were terrified. Also, the hospitals which we visited initially could not treat him and suggested us to look for ICU bed. In the Covid time getting a bed at any hospital was such a huge challenge and then with a critically ill child with another infection along with covid we almost gave up. The staff at Columbia Asia Referral Hospital Yeshwanthpur were very responsive. Doctors started the treatment immediately and the entire team were at the bed side continuously for hours till the child’s condition stabilised.

Arpith was discharged from the hospital within 10 days and now he is doing well.