God, when? God, soon! God, no! My only and most painful dating experience ever 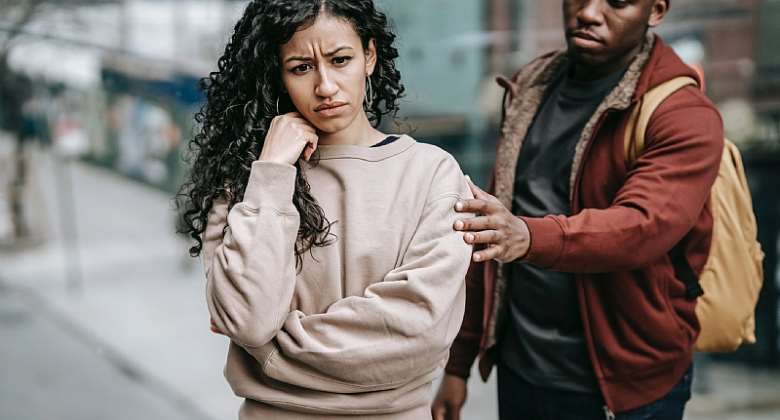 Those were the words living rent-free in my head weeks after she sent me a 2 am break-up text and immediately blocked me on Instagram and WhatsApp.

I remember for the first time ever, I wished I did something wrong to have caused it. At least I would know that I had just been served what was already coming to me. I believe that it could have even made me self-reflect on my actions and scheme up possible ways to reconcile us back again, but newsflash— unfortunately, that wasn’t the case.

A stranger turned friend, then bestie, 6 months crush, and finally girlfriend. Sadly, she is now just another known stranger. Two years’ connection in the muddy mud. 😭 Not like this story plot is any bit strange to you, either first-hand experience or another person’s sob story.

Seyi and I shared a lot of beautiful memories together and got unending God whens’ in our DMs. She was my first love and I intended that she would be my last bus-stop in my love’s transit.

However, I wouldn’t claim that we were the most perfect there was, but we scarcely fought as we had both learned conflict resolution based on the peculiarity of our relationship. Our frequency for outings was pretty decent as we would tick off romantic activities from a shared bucket list note. Cute, huh?

So, what could have caused the sudden turn of events? I bet you are really itching to know.

Well, it is something that happens to even the most confident of us — insecurities. This, I painfully learned that when it is unacknowledged and unchecked, its damaging effects are worse to imagine especially in a relationship. Unknown to me, they had been there all these while and only started surfacing little by little in our conversations.

For instance, she started saying that “what we share seems too good to be true”. At first, I thought it was a compliment and chuckled over it – LOL – until I noticed that she had begun to internalize some negative thoughts and her brain constantly insisted on comparing herself with all my female friends.

Leading from her past love experiences that had taught her that no good thing ever lasts; a book she decided to borrow a leaf from its pages. Her instincts had even once suggested to her to tell me that we should take a break, claiming it was for her peace of mind.

But, I quickly talked her out of it. I picked up my “word of affirmation” hat and became more spontaneous in reassuring her about my love for her, all but to little or no avail. The days that went by were like me walking on eggshells around her. It was exhausting and I couldn’t be too sure if what I say or do won’t have an extra meaning read into it. 😓

Right now, it is almost eight weeks since the breakup, and the most significant thing I am left of her is just a pocket-sized diary and a folder on iCloud filled with love notes from me to her and vice versa. Memories that I still caution myself from thumbing through because it hurts and is really not a healthy way to move on.

Now, while I am healing from this, I have learned better next time to not ignore the signs and also not gloss over issues, rather encourage myself and my partner to be vulnerable about our worries and if it is at an unhealthy level, steps would be taken to assist, if need be some outside help from a professional.

And I also realized that I have my insecurities too and I might as well take the time to hop on the journey to self-love and self-acceptance myself.

Please say with me, “I am enough, and well-deserving of good things”.

Letter with ❤️ from John Damilola.

Hottest Photo Reports
Catch up with all the political quotes from our politicians.
Advertise here
More Lifestyle
ModernGhana Links
School Reopening – What Can We Expect?
Meet Michael and Abena Richardson of ‘Destination Africa’ via Ghana
October Is Breast Cancer Awareness Month
Taking up Exercise or Sports Immediately after Covid Recovery can be Dangerous for Health
Post-Covid fatigue - Simple ways to deal with it
What is life?
Overhydration – What are the risks and why you must avoid it?
Check your oximeter’s fitness
Healthy eating - Food to eat during Covid-19 times
TOP STORIES

Set aside the purported rejection of 2022 budget - Majority ...
42 minutes ago

Xavier Sosu fights back, files for stay of execution against...
42 minutes ago