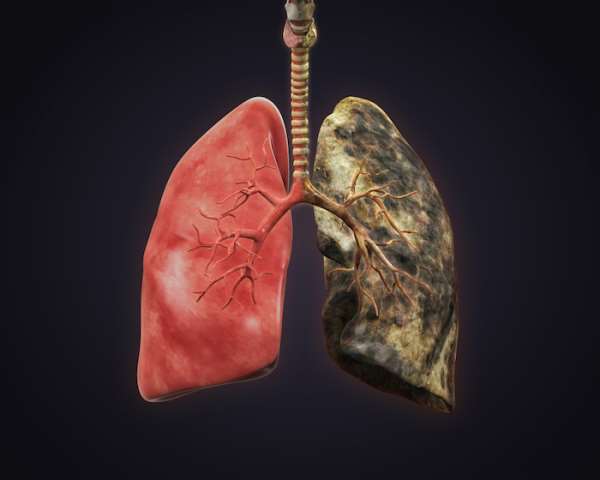 Cancer is a deadly disease and lung cancer is one of the most common cause of cancer-related deaths worldwide. Approximately 11-12% of all cancer cases worldwide are lung cancers. In India, about 70,000 new lung cases are diagnosed every year which comprises of approx. 6-7% of all cancer cases. Tobacco consumption is a significant risk factor for lung cancer. Smoking has been predominant in rural parts of India and with an increase in stress, social participation, it has become a trend amongst Indian youth.

It is well known that smoking is the most important factor increasing the lifetime risk of lung cancer. With increasing awareness about ill effects of smoking & its association with cancer, in western world smoking habit is gradually coming down with some decline in lung cancer incidences. However, at the same time there is a rise in lung cancer among non-smokers. Awareness in society regarding ill effects of second hand or passive smoking is lacking. Sensitisation of masses for passive smoking as a major risk factor for lung cancer is the need of the hour.

Around 15–20% of men and over 50 % of women with lung cancer are non-smokers. The primary causes of cancer in non-smokers are passive/second-hand smoking, environmental exposures to asbestos, chromium, arsenic & pollutants. Multiple studies have suggested that 15–35 % of lung cancer in non-smokers is due to second-hand smoke exposure. The indirect exposure to tobacco smoke predisposes the other family members with increased risk of cancers including lung cancer. The risk increases with age. Children get asthma & other breathing disorder in childhood, but with long time exposure to passive smoking, risk of acquiring lung cancer in later age also increases among them.

Lung cancer in non- smokers also have some genetic predispositions. There are specific germline mutations that have been identified in families with high rates of lung cancer in non-smokers. In general, there is approx. 25% increased risk of any cancer among the first-degree relatives. Some receptor mutation (EGFR) are found associated with this cancer. The identification of this mutation has led to development of targeted treatment for individuals with this mutation.

The signs & symptoms of lung cancer in smokers as well as non-smokers are similar. Symptoms of lung cancer are often nonspecific and include symptoms like cough, dyspnea, weight loss, and loss of appetite. More specific symptoms do include chest pain and blood in cough/sputum which can be seen in other diseases as well.

Non-smokers with lung cancer respond to standard treatment similar to smokers, they do not have a better prognosis. Mortality rates are not different from smoker group, as it largely varies with the stage of cancer. There are many genetic mutations associated with non-smoker adenocarcinoma lung which can be targeted with novel treatment approaches called as targeted therapies or immunotherapies. Studies involving these medications have suggested improved response rates and survival in non-smokers over smokers.

There are no screening recommendations for lung cancer in non-smokers, but it is advised to consult your doctor/oncologist if there is a family history of lung cancer or any of the symptoms are persisting. Early diagnosis is shown to improve outcomes & better chances of cure. The treatment includes surgery or radiotherapy in early stages, radiotherapy and or chemotherapy in advanced stages. Now there are precise radiotherapy techniques which are capable of focused targeting of cancer lesion with minimal side effects. Likewise, newer systemic therapies like targeted & immunotherapies offer better outcomes & with less side effects. It is critical to take more precautions for respiratory health in order to save lives and hence people should quit smoking and avoid second-hand smoke.

Inside Politics: Political Quotes
Catch up with all the political quotes from our politicians.
Sponsored
More Lifestyle
Modern Ghana Links
Authentic Lifestyle World's "Reflections", set for January 1st, 2021
Good manners & etiquette: Fabric of strong societies
How to get rid of Malware from your Android Smartphone
Ghanaian Visual Artist Receives 2020 Principal Prince Claus Award
Night Sweats Or Hot Flashes - What To Do They Indicate?
Black history month Ode to Black women!
When The Comment Becomes A Curse
WordDigest2020: Three Keys To Victory
Tomorrow Is Another Day – Confessions Of A Procrastinator
Election Reports Quotes Dossiers
TOP STORIES