Do Your Children Know Their Vagina Or Penis By Its Name? 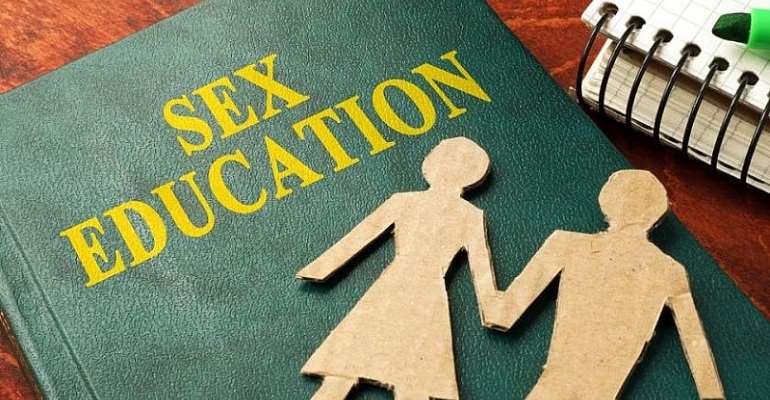 In most homes — especially in Africa— sex talk is a no-go area. Many children grow up trying to figure out things by themselves and, in the end, get themselves injured. Sex is somewhat treated like a hidden treasure in a box. A child grows up all curious about exactly what the content of that box is.

Sexual matters are an abomination in most African homes. Even in their teens, children are afraid to open up to their parents when predators make sexual advances at them because they are afraid of the consequences. The victim is sometimes flogged. When a child is bold enough to report sexual abuse, they are sometimes written off as “spoilt kids” because the perpetrator is trusted more than the victim.

When I used to teach Biology in St. Rose’s Senior High School some years ago, I observed how interested all the students got anytime I was about to teach reproduction. Amazingly, it was the only topic one will get every single student asking a question to clear some doubt. To the students, it was a relief that the mystery box was finally going to be opened. Indeed, it was the only class they could mention their genital organs without any sense of remorse.

I came to the sad realization that matters with regards to our own bodies have been veiled for too long a time… to our own disadvantage. Many of us grew up with little or no knowledge about our own bodies so we didn’t even notice when we were abused. Our penises and vaginas were referred to as private parts so when they were abused, we assumed it should be regarded as a private part of our lives.

The challenge we have as a people is living under the delusion that the little children know about themselves, the more they will maintain their moral standards. If one does not know the use of a thing, they won’t know when it is abused. What one doesn’t know, they or others are likely to abuse. Knowledge actually is the first step to morality.

We grew up never having the confidence to talk about sex with our parents and this has become a difficulty doing same with our children. We almost feel shy and wonder how funny we will look in their eyes when we begin an open conversation on sex. We almost always mumble to ourselves, “When at all is the right time to talk about sex!?”

It is never too early to give your children sex education. In this modern world of internet, they are susceptible to so much false information. Day in and out, they are bombarded with a lot of half-truths. Like Eve in the garden, the serpent of social media crawls into their closet to feed them with apples of false knowledge. They are subliminally being educated on sex by their peers and the media among others. What you don’t teach them, others will… but wrongly. What you don’t teach your children in the right way, others will teach them in the wrong way!

Every parent today has the huge task of forming the minds of their children on sex— however possible. It is either you educate these children or someone else does. Remember, your children will cling onto whichever education they receive first. It is, thus, a race of education. You either beat the outside world or it beats you and your children.

Unlike our forefathers, we should learn to consciously give our children sex education. Mention “penis” by its name. Do same for “vagina”. Don’t be ashamed to let them know they were brought forth through sex and that sex is only legal after they are married. Be confident to let them know the physical and spiritual consequences of premarital sex. Be conscious about letting them know that no one has the right to touch their vagina or penis— not even their teachers in school.

When children know what sex is, they will know what rape is because the knowledge of use automatically comes with knowledge of abuse. When they know sex is not a taboo, they can report when abused. The only people who benefit when sex education is shrouded in mystery are rapists. They continue to have a field day because their victims can never report anyway.

Teach your children how to mention their penis or vagina by its name in their local dialect. It is a way of boosting their confidence and letting them know that it is just another part of their body. When our children are confident about their private parts, they will not hesitate to scream in public if someone tries to abuse it.

Can your children mention their penis or vagina to you fearlessly? Think about it.

The writer is a playwright and Chief Scribe of Scribe Communications, an Accra-based writing company ( www.scribecommltd.com ). Watch his play, THE BOY CALLED A GIRL, on Scribe Productions’ YouTube channel.

Family & Parenting
Powered By Modern Ghana
'May You Be The Mother Of Many Sons...'
Majority Of Young Adults Now Live With Parents Amid Pandemic
Moving Away
Early Marriage And Social Betterment
How Quitting Smoking Can Make Fathers The Real Heroes Of Their Children!
The Ninani Group Recognizes The Contributions Of Fathers With Gifts On Father's Day
Would Your Child Benefit From Home Tuition?
How To Save Your Husband From The Hands Of Side Chicks
ACMFL Organizes Webinar On Digital Parenting
COVID-19 Updates Live Dashboard
TOP STORIES