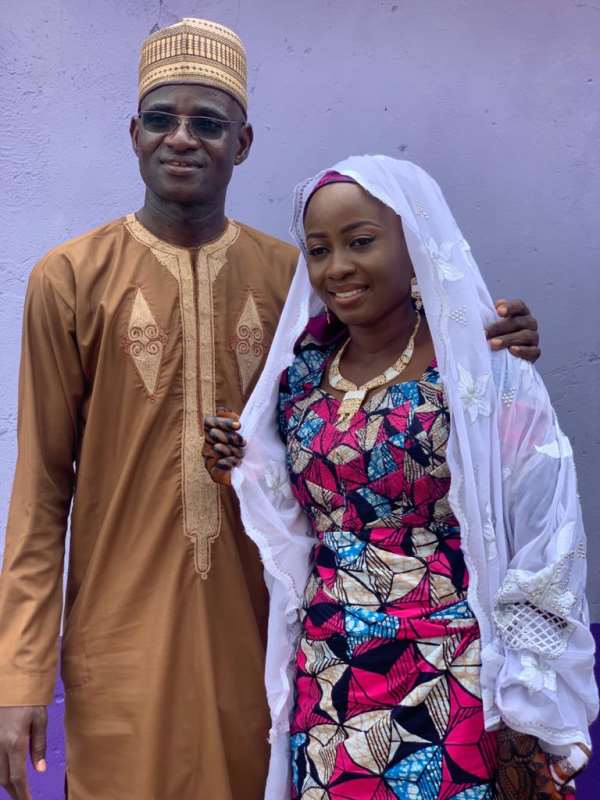 WEDDING is the set of ceremonies and rituals performed in honor of a couple to signify the societal attestation and recognition of a romantic relationship between them. The ceremonial and ritual activities (of wedding) differ from culture to culture, religion to religion, race to race, tribe to tribe.

Contrarily, MARRIAGE refers to the expected life-long love relationship between a man and a woman in a traditional context. In contemporary times, however, same-sex marriages - by gays and lesbians - are accepted in many jurisdictions particularly in Europe and the Americas.

To maximize comprehension, we may consider the following illustrative sentences:

In both sentences above, the “wedding” is a short ceremony NOT a life-long affair.

In the two sentences above, MARRIAGE is viewed as life-long NOT ceremonial.

It is significant to state that “wedding” and “marriage” belong to the same grammatical family: nouns. In terms of usage, however, both of them can act as modifiers. This way, they become noun adjuncts - nouns functioning as adjectives and quantifying other nouns. Let us consider some examples in the following sentences:

In this sentence, “wedding” which is a noun functions as an adjective describing the other noun “party.”

In this sentence, “marriage” which is a noun functions as an adjective describing the plural noun “issues.”

Conclusively, dear reader, LITERARY DISCOURSE draws the attention of the public to some incorrect phrases in relation to “marriage” and “wedding.” An example is “invitation to one’s marriage.” Since “wedding” is the ceremony, it is only proper that we invite to “wedding” NOT “marriage.” In fact, “invitation to marriage” could be dangerous. For instance, if your wife invites Yong Dasana, a proverbial rapist in Dagbon History, to your marriage (home), the result can be... 🤪🤪🤪🤪

Allah is The Best Linguist

This discourse is dedicated to the lovely daughter of mine, Madam Waalida, and her husband, Mr. Hafiz, on the occasion of their WEDDING. May Allah bless the union. Ameen

More Love & Relationships
ModernGhana Links
[VIDEO] How to win the battle with broken heart
Dear You
Love Is A Beautiful Thing
VIDEO: How to maintain the vibes with your new found Love
Newly wedded Abena Moet says there is nothing special about marriage
How To Identify And Understand Narcissists
How To End A Controlling Or Manipulative Relationship
How To Deal With A Partner Who Thinks You Are Always Wrong
How To Deal With A Toxic Relationship
TOP STORIES