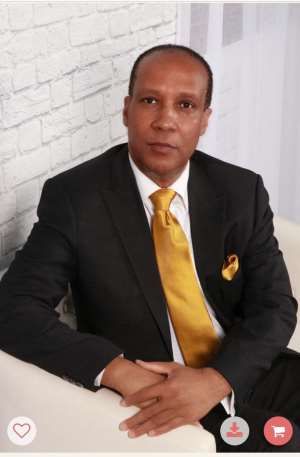 Born in Larteh in the Eastern region of Ghana on December, 24, 1955, Kwame Alfred Asiedu Walker is the youngest son of nine children. His parental and ancestry lineage spans across the lengths and breaths of Ghana.

Kwame's father, Nana Kwame Okanta Obrantiri was King of Larteh Akuapim. The paramount ruler of the Guan tribe and traditional areas which is the royal seat of the Guan tribe of Ghana and to date comprises a huge component of Ghana's population.

His mother, Beatrice Amma Adobea Quashie was the daughter of the late Nana Kwasi Vaadze Nyarko Quashie, "King of Boso", the paramount ruler of the Anum Boso tribe and traditional areas.

In 2016, following demands from a growing section of the Ghanaian electorate for a break in the apparent 2-party system, Kwame set out to contest in Ghana's Presidential race as an independent candidate but was unfortunately not shortlisted by the Electoral Commission.

He later took legal action against the EC to reinstate his candidacy in the 2016 elections, but unfortunately, that did not yield positive results.

This year, Kwame is looking at contesting the elections again stemming from his desire to see his country develop. He comes into the race with a lot of experience in leadership.

He is currently the lead consultant/collaborator for a Dublin Ireland and Infrastructure Development Group operations in West Africa. He has also spearheaded and championed the redevelopment, expansion, and beautification of the Accra-Tema motorway.

He advocated for the Ghanaian majority ownership of the National Telecom system during the Kufuor regime.