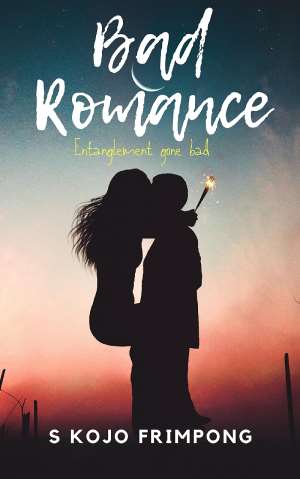 I stood at the entrance of the vast Hall of Mr. William Bills, Sweating like I was locked in a dungeon. surrounded by fire. It was raining heavily outside and the weather was undoubtedly zero degrees chilled one could easily predict without the use of a thermometer due to the vapour coming out of my mouth and the way my teeth were clattering against each other making a funny monotonous sound but I was still sweating

After making me sweep every single room in the house, whether tidy or untidy including the compound where there was large tents where you can sit and relax even in this raging rain. Mr. Bills still wouldn't let me go, After been held hostage in his enormous mansion for the past two hours, maybe there was some softness in him after all he might probably be waiting for the rains to stop then allow me to leave

It was around nine a.m in the morning when I set out to meet my sweetheart, Miranda. We had talked on the phone previously on Friday night and she told me her father would be going on a business trip on Saturday and her mother, she has travelled to the States just a week ago. Miranda's father was a businessman and so he does stays long on his trips. Don't know what happened today, Maybe my girlfriend may have a better explanation.

The weather was threatening to rain but the sun's rays could be felt as it forced its way through the dark clouds. I got to the apartment of the Bills family around ten approximately. Only to be greeted by a bright smile at the front corridor. Right in front of me sat Miranda looking more adorable like an angel, with what looked like a magazine on her lap. I froze as chilly blood flowed through my veins with my heart beating so hard and fast as if it will jump out of me through any medium it will get as she stared at me right in the eyes and said welcome.

As if that was not enough she stood up majestically and gave me a kiss that came along with a warm hug. I was in heaven already. No sooner had she walked me into her room then the rains began to pour. It poured so heavily as if being angered by someone.

Just when we were about to have some good time, I heard the honking sound of a car. We were in the middle of a bad romance and so I played deaf. But suddenly Miranda pushes me, held my hand and rushed me to the hall only to meet the glaring eyes of Mr. Bills.

"Congratulations," he said with a smile that seemed like the devil himself

"Would you shut up and get back to your room,I will get to you after I am done with him"