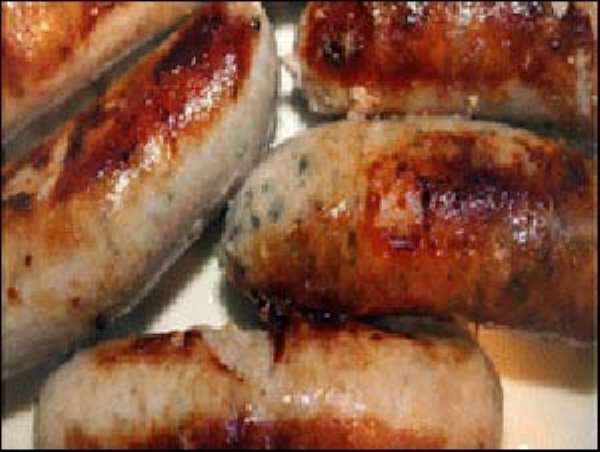 Eating processed meat such as sausages increases the likelihood of heart disease, while red meat does not seem to be as harmful, a study suggests.

A Harvard University team which looked at studies involving over one million people found just 50g of processed meat a day also raised the risk of diabetes.

But there was no such risk from eating even twice as much unprocessed meat, such as beef, lamb or pork.

This was despite the fact the two forms of meat have a similar fat content.

Writing in the journal Circulation, the researchers speculated that given the similar quantities of cholesterol and saturated fats, the difference may be explained by the salt and preservatives added to processed meats.

This is defined as any meat preserved by smoking, curing or salting and includes bacon, sausages, salami and other luncheon meats.

Salt can increase blood pressure in some people, a key risk factor for heart disease.

In animal experiments, nitrate preservatives can promote atherosclerosis and reduce glucose tolerance, which can in turn lead to heart problems and diabetes.

Similar lifestyle
The team from Harvard School of Public Health looked at 20 studies involving more than one million participants from 10 countries.

On average, each 50g serving of processed meat per day - the equivalent of a sausage or a couple of rashers of bacon - was associated with a 42% higher chance of developing coronary heart disease and a 19% higher risk of diabetes.

"Although cause-and-effect cannot be proven by these types of long-term observational studies, all of these studies adjusted for other risk factors," said Renata Micha, lead author.

Victoria Taylor, senior heart health dietician at the British Heart Foundation, said: "If you like red meat, this can still be included as part of a balanced heart-healthy diet.

"Go for lean cuts and aim to cook from scratch using healthier cooking methods like grilling or baking. If you need to add flavour, then try using fresh and dried herbs, spices and chillies instead of salt."

A spokesman for BPEX, which represents pork producers, insisted processed meats could form part of a balanced diet.

He suggested further research was needed before any dietary recommendations could be made.

"Various studies indicate that high consumption of processed meat can be indicative of an overall poorly balanced diet: therefore it could be other aspects of the diet that are contributing to the increase in risk," he added.