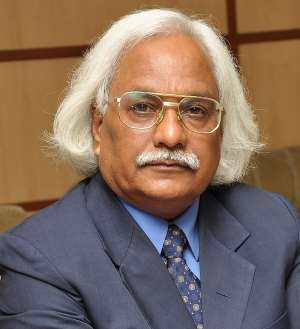 The value and worth of self-discipline, self-motivation, and management of self have emerged as one of the most important aspects of modern scientific management during the COVID Times and has its impact on redefining the New Normal for Management during Covid and for the times ahead.

The modern scientific management began with its quest to streamline the work activity and achieve high productivity of people and resources involved in the production system. The intial14 principles of management propounded by FW Taylor and Henri Fayol at the beginning of twentieth century revolved around the division of work and authority and responsibility with a clear line of authority. It promoted collaborative and team spirit and ensured that the top management is able to keep the motivation of its employees high. It worked wonders to maximise productivity and profit during the last nearly 100 years.

However, in the 21st Century the focus of management shifted to managing a lean organization that gave a lot of value to outsourcing and vendor management. This worked well for the speedy rise of the service sector as India became a preferred destination for outsourced services such as call centres, BPOs and a number of consulting services and business management from remote centers. The cyber city of Hyderabad, Millennium city of Gurugram and the Software Parks of Bangalore, Mumbai, Chennai and Noida became the nerve centres of global services that India provided to the nations of the world.

So we see here great focus on the capabilities and maturity of people. As the people matter most, their capabilities to use technology, to create newer applications for providing added and more efficient services are of paramount importance to the service industry. Their capabilities of innovation and willingness to adopt new technologies are equally important. And above all their behaviour, conduct, work ethics and Personal Integrity that are highly important as all these directly impact organisational efficacy as well as customer satisfaction, so important today to retain the market share for any organisation.

As such, as the people matter most, the New Normal for Management during Covid and in the times ahead would require the new mantra of management that ie Manage Me, which directly emphasises the value and worth of self-discipline, intrinsic motivation and highest levels of personal integrity and managing self to optimise one's performance and satisfaction, says Kulpati Prof PB Sharma who is a renowned thought leader, currently is the Vice Chancellor Amity University Gurugram who is also the Founder Vice Chancellor DTU and RGTU and Past President of AIU.