Standing In Love Versus Falling In Love: An Analysis 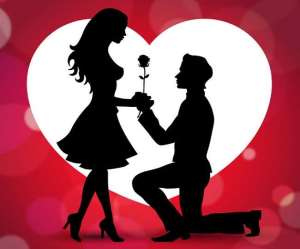 Now it’s time for the big questions: Do you believe it is possible for someone to stand or fall in love with you? Do you consider falling in love with someone or standing in love with him or her? Think about that for a minute. There is a difference in case you have not noticed. If you merely consider falling in love, definitely you can encounter such at any point in time. Don’t you think someday those that fell with you may rise and walk away? So obviously we don’t just consider that after the glance of its implications. Majority of people today are turned down after falling in love, because they didn’t find or couldn't withstand what they were falling for… Have you thought about that? Yeah, I guess, at one point we all are guilty of this.

But what does “Love” itself imply? Love as a concept, I conceive to be indefinable, for it stands over its attribution. The misuse and misconception of love dates back to different opinions of love but amidst all, Paul’s account could show us how we need to be on the subject of love. So I’m here to give you the real deal of its analysis. Love looks patient and kind. Love looks honest and truthful. Love looks determined to go the distance. Love looks hopeful and enduring. Love looks like it holds on no matter what! Doesn’t that sound good? Now let me tell you what love doesn’t look like. Love doesn’t look jealous or boastful or proud or rude. Love doesn’t look selfish or irritable. Love doesn’t get an attitude and act like the energizer bunny, which a grudge that keeps going and going. Love doesn’t look happy at another people’s misfortunes. Love doesn’t look like a quitter, and it never looks as if it loses faith in the object of its affections. So where did I get that list? Read 1corinthians 13 for yourself. It’s all there.

Years ago, Josh Baldwin, in his “Heaven Come 2018 Album” sang a song titled “Stand in your love”; a well-organized beats and lyrics indeed. But can one truly stand in love instead of falling in love? Yes, I proposed, for it’s just a matter of the mind. A saying goes “If you don’t stand for something, you’ll fall for anything.” According to Oxford Learners Dictionary, “to fall” or “falling” implies losing an upright or erected position suddenly; to drop oneself to a lower or less position, to reduce value of oneself whether voluntarily or not. “To stand” is traceable to the Greek word “Steko” – “Stekamenos (standing)”. It implies to remain motionless, just as Matthew narratives: “The star, which they saw in the east, went before them, till it came and stood over where the young child was (Mt. 2:9)” It also implies maintaining an invincible or permanent attitude; to be fixed, steady, or firm; to take a position in resistance or opposition.

It is easier to fall for something than to stand for something, when people say they are in love or have fallen in love, most times, they are talking about lust. We can have lust and passion at first sight, but it takes longer than to really get to know someone and figure out who they are and how the two of you connect. To stand a tiptoe for love is the ability to be awake, alive, roused; eager, alert for the activity of loving or art of love. To fall in love is juvenile, libidinal, illusory; misleading and deceptive. Most times, it is addictive, making one to be obsessed in thoughts and feelings. It is short-lived, melting like the morning dew before the morning rising sun. it is just a projection of desire on another. When you fall in love, it is hardly for victims to think straight in such state of much. To stand in love is not motivated by physical attractions but by choice. It is not by feelings but by the will. Standing in love involves cherishing, respecting, valuing one other. It is holistic, just like parents to children. It emphasizes on commitment and this commitment cannot be defiled through infidelity.

Against this backdrop, the Greeks categorizes words into two namely “Onoma and Rhema”. According to Plato, “Onoma” means “Deliima Pragmatos” – a manifestation of things and “Rhema” means “Deliima Pranexiis” – a manifestation of doing. Falling in love can be likened to “Deliima Pragmatos” for it reveal things and can’t withhold things. However, standing in love belongs to “Deliima Pranexiis” for it manifests doing, retains action – the art of loving. For us to grasp what it implies to fall in love, it is better to take the route of the Greek words “Ptosis and Enklisis”. This stands for falling, tripping or inclining, it is a dropping-off from an upright standing. This doesn’t manifest doing – art of loving, perhaps standing upright or maintaining a stand is what the Greeks called “Being”, for it manifest the real art of being in love.

Furthermore, it is necessary to re-exam briefly the Greeks kinds of love. They classified love into: “Eros” – the love of the body basing on sexual attraction. “Philia” – the love of the mind, also known as brotherly love. It is more valuable and more cherished than Eros. “Ludus” – is the flirtatious and teasing kind of love; playful love. “Agape” – is a selfless kind of love; love for humanity. “Philautia” – love of the self. Most times, it is selfish. “Storge” – love of the child. It is the love parents naturally feel for their children. “Pragma” – longstanding kind of love. “Pragma” is the highest form of love; the true commitment that comes from understanding, compromise and tolerance. It is pragmatic, this is why it is referred to as “Standing in love” instead of “falling in love”, because it grows over time and requires profound understanding between lovers who have been together for many years. From the fore going, “falling in love” belongs to Eros, Ludus, and Philautia. While “standing in love” falls within Agape, Storge, Philia and most importantly Pragma. John Allen Lee, in his book “Colors of Love: An Exploration of the ways of Loving”, defined “Pragma” as a mature, realistic love found among long established couples.

For us to love properly and stand in it, Pope Francis urges young people on his apostolic letter “Christus Vivit” to stand on the path of right when he wrote “I ask you to be revolutionaries, I ask you to swim against this culture that sees everything as temporary and that ultimately believes you are incapable of responsibility, incapable of true love.” Why fall when you can stand in love? As Victor Okejah would say, "I hereby submit that we resolve never to exploit anybody with the expression ‘I love you’ again."