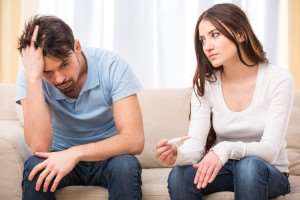 It is an undeniable fact that children are beautiful and precious treasures most people would love to have. Notwithstanding, the inability to conceive does not make one less a woman. One of the injustices done to women is the punishment we put them through for not having children.

"All she can do is to cook/eat/dress..... Instead of having children/grandchildren". Any of these comments can make a woman cry for weeks if she is finding it difficult to conceive. Ironically, women, who are supposed to support such women, are those who torment them most with these statements. Isn't it amazing that a mother in law can easily go to her son's wife, hurl all forms of insult at her, embarrass her and even give her timelines to produce a child else she's bringing another lady to her matrimonial home?

As if this is not enough, a husband's sister, who has a child with another woman's man but solely dependent on her brother, can have the guts to insult her sister in- law, all because she's not been able to give birth. Can anyone tell me where it is written that the moment you have a son, that son must give you grandchildren?

Why would you put someone's daughter through this emotional pain because of a decision she has no control over? I thought they said children are gifts from God. If they are, can you force someone to give you a gift? Some women have been to all the specialist hospitals, taken all medical tests...but they were told, "There’s nothing wrong ". Some have been to all the prayer camps; and sometimes gone against their principles, by visiting herbalist, but all to no avail. What again would you want such people to do?

Our desire for children is so much that no matter how hard a woman works. if she has no child, we think all her efforts amount to nothing. There are even times that while a husband and wife are planning their family size, there is a mother in law asking for more children because she could not have many. Isn't it abnormal that after a year of marriage, people begin to ask questions why there is no pregnancy? Must people have children immediately after marriage?

The torture women are put through for not having children can be so extreme. When the said woman climbs higher in academia or field of work; and is wealthy, the situation is even worsened. When such a person decides to enjoy the fruit of her labor, she is called names. Because she has not given birth. As a result, a teenager with no life skill/ no source of income but has children, is even sometimes respected than these accomplished women. Should they have any argument or fight, "Go and have children” is the first punchline thrown at them. It will interest you to know that because of how society treats them, some of these women do not even want to have open discussion on children and pregnancy. However, deep within them, they are in so much pain and spend many nights crying. They are humiliated on numerous occasions that out of desperation, they take many desperate measures.

It is such a shame that some women have had to do all sort of "crazy things" just to have children. Numerous are the children bearing names of men who are not their biological fathers. Some women have ended up in the beds of fetish priest, "young pastors" etc . Some have had to go through the torture of sleeping with people they never would like to, at weird places like shrine, temple....etc., all in the name of conception. When they are caught eventually; they are given all sort of names, forgetting we did force them into such situations.

To you men, who maltreat your wives/watch your wives maltreated without concern, may the Lord for give you for disgracing men and humankind. Marriage is for companionship!! Your wife is not an incubator to thrown away if it is malfunctioning.

Dear women finding it difficult to conceive, the notion that "until you have children, you have achieved nothing" is NEVER true! There are many women who have lost their lives because of their own children. You may not know why it is delaying but God knows best. Just do your best and leave the rest to God. At the appropriate time, like Sarah, you shall have yours. Nevertheless, even if you never get one, do not "kill yourself” because you can't force God against his will.

COVID-19: Mahama To Donate PPEs, Other Supplies To Tamale Te...
2 hours ago