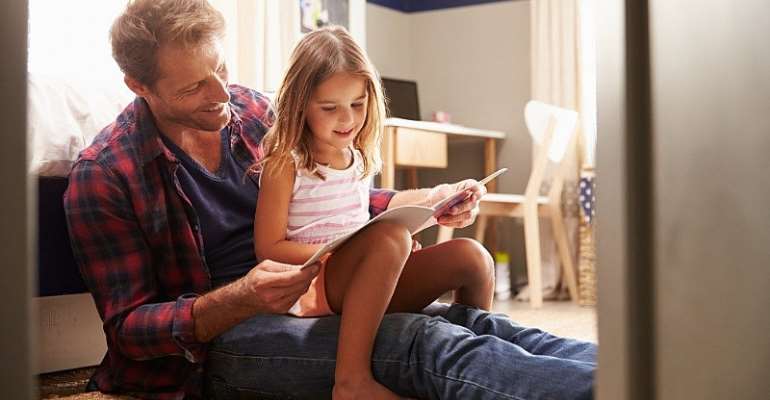 Cheers! We all made it to 2020! This is a year we all should make a conscious effort to raise queens out of our daughters— not slaves. In this year, we ought to be intentional about how we are going to make our daughters and sisters perceive the world around them by the thoughts we sow into their minds.

If we are going to have a new generation of daughters who are going to act differently, it will largely depend on the mindset they have. Their mindset is going to be formed by what they are daily told. Raising queens, thus, out of our daughters is, first of all, our duty!

We have had most of our women living a substandard life because of narratives they grew up with. These toxic narratives have become glass ceilings for them— not only limiting them in so many areas of their lives but also placing them at the receiving end of every nonsense!

The interesting thing about toxic narratives is that they tend to make sense to some extent. However, looking at such from the bigger picture, one notices how destructive they actually are. They are unbalanced. They limit people. They favor one party and disfavor the other. They make others comfortable at the discomfort of others.

If you are going to give your daughters any piece of advice this New Year, it had better been one that will not limit or discriminate against them. Shutting up is far better than screaming a bad piece of advice.

“All men cheat. Live with it!” It is very appalling to hear such comments from elderly people who are supposed to know better. Many of those who make comments as such are either men who have enjoyed the benefits of such patriarchy or women who have gradually learnt to accept such toxicity.

Our daughters must grow up knowing what they shouldn’t put up with. In this age of abundant sexually transmitted diseases, they ought to know the risk they stand to face when they assume it is every man’s right to cheat.

Let your daughters know that not every man cheats. There are responsible men out there who place their families above their sexual urge. There are men out there who respect the vows they make at the altar so much that cheating is never an option. And… these men are not from Jupiter. They are right here on earth!

“Don’t be too educated. It scares the men away!”

One of the most absurd comments I have heard people pass about single women is the above. In other words, a single woman should put her life on hold in a bid to attract her Mr. Right.

If a man is intimidated by a woman’s academic laurels or achievements, he has no business dreaming of settling down with her. It will be a hell of a relationship. He will look down on himself and assume she is not submissive even if she lies on the floor for him to literally walk over her each morning. If the success of our daughters makes a man feel uneasy, they will only end up frustrating our queens with their pettiness.

Our daughters must be told to go all to be who they desire to be. Nothing should limit them. If it is the academic ladder they want to climb, we ought to give them the push. Whatever their dreams are, we need to support them. There’s nothing like “too much education”. Even if there was, it would have always been better than too much ignorance!

Never should it be said that our daughters didn’t become what they wanted to be because they feared it may scare someone away. The Bible even insists we love our neighbors as ourselves. We must remind these daughters to always consider their dreams first before considering a man’s.

“Marry a rich man and let him meet your needs!”

We inadvertently raise dependent adults out of our daughters if we keep portraying men as the only source of their daily bread. If we keep feeding our daughters with narratives that suggest that a man is supposed to feed and clothe her, we make them beggars and, sometimes, prostitutes. They hop from one man to another instead of putting their skills to work to fend for themselves.

Many young women today will do anything to marry a rich person, even if they are into illegal business, because they are not willing to sweat to achieve anything for themselves. If a woman is working to provide for herself, her aim is to marry a man of character— not charm. It is when she has nothing that she will go about looking for her source of livelihood in a man.

Trust me, this dependence has been the genesis of most abuses in marriages because the man literally becomes the oxygen of the woman. Without them, they are dead. By so doing, they will choose to do anything to such women and still walk away free men because that woman’s poverty has rendered her vulnerable. When a woman is vulnerable, she can take in anything— even if it is poison to take away her own life.

Give your daughters pieces of advice that will empower them. When they are not vulnerable, there will be less cases of abuse. Men won’t assume cheating is their right. An empowered woman won’t put up with any nonsense that 2020 will come with!

Kobina Ansah is a Ghanaian playwright and Chief Scribe of Scribe Communications ( www.scribecommltd.com ), an Accra-based writing firm. His new play this 2020 is “Emergency Wedding”.