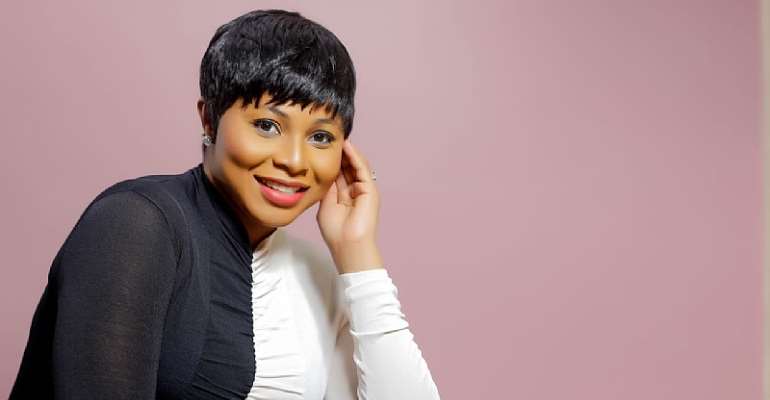 Most men have a belief that women especially, married (women) usually grow faster than men. It doesn’t mean women’s age increasing day by day, but their physical appearances look aged.

A man can marry a woman whom he is six or eight years older than, but according to some perceptions, the belief is that the woman will still look older than her husband when she started having babies.

Trust me, this is never true! To be honest, this perception always comes from African men. Women, in general, don’t want to go through stress especially when they are married, they need LOVE and AFFECTION. If you love your woman and adore her, she will never grow older.

She will grow younger and cute because she is feeling the kind of love she needs. If you mistreat your woman, she will go through a lot of STRESS and DEPRESSION. Stress will make her dressing style change, she will always be looking old before you because lack of happiness she is not getting in the marriage. Women need happiness in their marriage…no amount of money given to her will satisfy her happiness. Just care for her, love her as you love yourself.

I know some men who have married their wives and the wives are older than them because there are love and happiness in the marriage, the women always looking young and pretty. Stress is a deadly disease in marriage so never allow your wife to go through that or else she will grow older than you think. I watched a TV program which was hosted by Nana Ama Mcbrown, she said, “women need happiness in their marriage, money cannot make your woman love you.

Your love and care are the weapons to defeat stress.” Yes, I agreed with her! Do you know former first lady, Madam Theresa Kuffour is older than her husband, former Pres. Kuffour? These beautiful couples love themselves and nobody would even think of Mrs. Kuffour is older than Mr. Kuffour. Women never grow older than men! Take good care of your wife, and she will always look young.

Stress doesn't only make your wife older; it ages her genes as well. Aren’t you sometimes surprised that, your wife in her picture, no longer looks like the person staring back in the mirror? Perhaps, you have seen a significant change in the appearance of your wife. That demanding job, life's challenges, the grief of something unexpected. All these things can take a toll on an individual's appearance and contribute to premature aging in appearance. Do married women experience more stress than single women…why? This should tell you, marry is a long journey and it takes a good husband to love the wife and makes her life comfortable.

If a single woman lives by herself and there is no man in her life to stress her, she feels very okay and always living in her own dream. Not only women go through stress in a marriage, but men also do. Some women also stress their husbands, at the end the men even become sexually weak in bed. Some men will become addicted to alcohol just to release stress. You and I know how alcohol draws a picture of drunkards.

Money in marriage is good…yes if you have money it can make life comfortable. Some couples go through a lot of stress because of financial issues. In troublesome monetary conditions, couples can have stressed over issues, for example, work, contracts, charges, childrearing, social insurance, and kid disapproving. The subsequent anxiety can affect the two people and thus the relationship can be feeling the squeeze. When there is love in the marriage, it is imperative to have the option to talk about money-related issues with each other in a steady and productive way to have the option to oversee them in the most ideal manner.

Communication is very important, and it releases stress. Correspondence (talking and tuning in) is critical to sound connections and relationships. Open, fair and deferential correspondence will assist you in dealing with the hardships your involvement with the course of your lives together. Without a positive example of correspondence, married couples may get ignorant of and careless regarding their accomplice's considerations, needs, and emotions. Absence of correspondence can bring about couples lacking comprehension of one another, being discourteous towards each other and getting far off from each other. Guarantee you make time to converse with your accomplice consistently. The more you tune in and converse with each other, the closer you can turn into. The closer you are, the simpler it is to talk about, offer and work to tackle issues that emerge.

An enormous level of individuals accepts that ladies are not in high positions since they themselves would prefer not to. This recognition happens in 26% in ladies and 34% in men. With the end goal for this to improve and circumstances of imbalance vanish, it is important to uncover the observations that exist: "in the event that one doesn't see that he has an issue, at that point he won't think about an answer". As of now, there is greater affectability about viciousness and provocation against ladies. In marriages and at workplaces, the perception is that, women opinions don’t matter. Guys and ladies can’t ever be the same, this observation is wrong. Most ladies in Africa face difficulties challenges. The perception is too much!

The sad event is, a youthful female, brought up in a genuinely moderate nation like Ghana, get so intrigued and energetic about young ladies strengthening? That is another normal inquiry I am frequently posed, straightforwardly or something else. To put it plainly, it became out of two sources: a sad story I listened from Nhyira FM (ewiase mu nsem by Kofi Gyimah Ankoana) and the narrative of my nation, Ghana. A young man went to Nhyira FM and told his story to the panel of ‘Ewiase mu nsem’.

He said, he was brought up in a town called Jacobu in Amansee District, Ashanti Region by a single parent, and she has two sisters in what is one of the most noticeably awful places on the planet to be a young lady. His mom isolated from his dad when he was very youthful. His two sisters confronted difficulties he never did: dangers of sexual savagery, rape, men meeting them and, in any event, when the young ladies were genuinely youthful, requesting that they wed them.

In Ghana, the perception is that, if you come from a poor background, especially if you are a young woman, the society or men will take advantage of you. Everything considered, he would now be able to perceive what occurred: society invested so a lot of energy letting them know, and young ladies like them, that there were better standards for him simply because he was a kid. To cut long story short, his two sisters were intimidated in various ways for no reason. Why must innocent women go through these harassments? As I said, we must find a solution to this perception of women.

More Social Issues
ModernGhana Links
Smartphone Addiction; Worst Lifestyle of the 21st Century
Check out twin sisters who got impregnated by same guy
Rasta's emancipating us from mental slavery
Dealing with Grief It is so hard to be there for a sad loved one
Family of 'Mona Mo Bl3' opens up on his mental health
Guinness Ghana champions the Progressive Portrayal of Women in the Media, Advertising and Entertainment industry
Progressive Portrayal of Women: Reflections on how we continue to shift the narrative
"I grew up in an orphanage" - Fatima of Date Rush reveals
E/R: Police Commander disrupts wedding with over 25 attendants
TOP STORIES