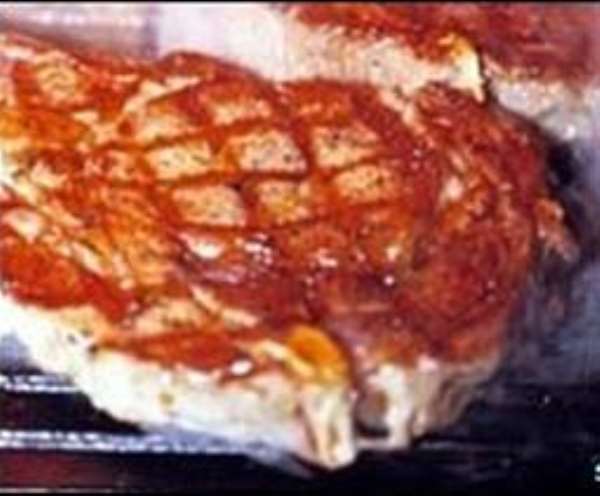 Eating lots of meat, especially if it is overcooked, increases the risk of bladder cancer, say experts.

In a study, people whose diets included well-done meats were over twice as likely to develop bladder cancer than those who preferred meats rare.

The research findings, based on over 1,700, people were presented at a US cancer research conference.

The University of Texas investigators found the risk was highest for those who ate well-done red meat such as steaks, pork chops and bacon.

But even chicken and fish, when fried, significantly raised the odds of cancer.

And some people appear to be genetically more susceptible to this diet-linked cancer risk, the researchers found.

In the study, which took place over 12 years, the researchers analysed the DNA of all the participants to look for any differences in the way individuals metabolised the cooked meat.

Having particular genes made some people almost five times as likely to develop bladder cancer when they ate a lot of red meat.

Stacking up risks
Lead author of the study, Professor Xifeng Wu, told the American Association for Cancer Research: "This research reinforces the relationship between diet and cancer.

"These results strongly support what we suspected - people who eat a lot of red meat, particularly well-done red meat, such as fried or barbecued, seem to have a higher likelihood of bladder cancer."

According to the National Cancer Institute in the US, experts have identified 17 different HCAs that "may pose human cancer risk".

Charred meat has already been linked to pancreatic cancer.

Cancer experts said that more research was needed before we can say for sure whether or not regularly eating red meat affects bladder cancer risk, and if the way it is cooked has an impact.

Slow-cook
Dr Panagiota Mitrou, of the World Cancer Research Fund, said: "When we looked at all the evidence on meat and cancer, it did not suggest meat increases risk of bladder cancer.

"There is, though, convincing evidence that red and processed meat increase risk of bowel cancer.

"This is why we recommend that people aim to limit consumption of red meat to 500g - cooked weight - per week and to avoid eating processed meat."

Dr Alison Ross of Cancer Research UK said: "Smoking is the most important preventable cause of bladder cancer, so giving up is the best way to cut your chances of getting the disease."

The UK Food Standards Agency says people can reduce their risk from chemicals that may cause cancer by not allowing flames to touch food when barbecuing or grilling, and cooking at lower temperatures for a longer time.

But warns that undercooked meat cancause food poisoning. More than 10,000 new cases of bladder cancer are diagnosed each year in the UK.