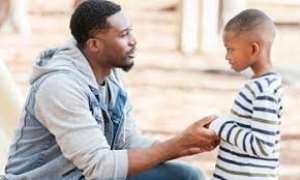 The family is a very pivotal societal unit in every aspect of the socialization process from childhood to adulthood. This is why the streetism menace in Ghana is a matter of concern. In the family, parents have roles to play much as the children being brought up equally play various roles in the socialization process. The roles played within families in this regard vary from culture to culture. No universally accepted role framework exists even though some roles permeate different cultures.

Ghana professes three main religions and each religion teaches families about the parent-child relationship in terms of rights and duties of each of the two parties. Biblically, children are commanded in Exodus 20:2 that “Honor your father and your mother, so that you may live long ….”

The Bible equally demands from children to obey their parents in the Lord for it is right to dos so (Ephesians 6:1-3). On the part of parents, the Bible (Ephesians 6:4) requires them not to annoy their children but to bring them up in the training and instruction of the Lord (Ephesians 6:4).

The Quran also touches on the parent-child relationship and the relevance of parents to a child. The Quran says, “No mother should be harmed through her child and no father through his child…” (Quran 2: 233). It is also written in the Quran, “Your Lord has decreed that you worship none but Him, and that you be kind to parents. Whether one or both of them attain old age in your life, say not to them a word of contempt, nor repel them, but address them in terms of honor.” (17:23)

Even in traditional religious worship where no universally accepted sacred book exists, parents are believed to be representatives of God on earth.

To this end, it is clear that a parental word in the lives of children can affect the children positively or negatively and there is a biblical example to this effect. In Genesis Chapter 49, Jacob who became known as Israel made certain pronouncements in the lives of his children. Those pronouncements have had various influences on the lives of even the descendants of his children. In making pronouncements in the lives of his 12 children who are also known as the 12 tribes of Israel, Jacob cursed his first born, Reuben. This is because according to biblical accounts of Genesis 35:22, Reuben slept with his father’s concubine called Bilha. Remember Bilha was equally a maid to Rachel who was the mother of Reuben, Simeon and Levi. In the life of Reuben, his father Jacob said, “You, Reuben, my first born, my strength and the first fruit of my manhood, excelling in rank and in power. Unruly as water, you shall no longer excel, for you climbed your father’s bed and defiled my couch to my sorrow.” This is indeed a parental word in the life of a child and this time, it is a curse.


Actually, Jacob’s sad prophecy for Reuben came to pass. This is because no Reubenite or a descendant of Reuben had become a judge, prophet, ruler, or prince in the Bible. There was no renowned person of the tribe of Reuben except Dathan and Abiram (Numbers 16), who were noted for their rebellion against Moses. Again, Reuben’s tribe chose a settlement on the other side of the Jordan, a further indication of the loss of godly influence on his brothers to which his birth right entitled him. This is how far a parental word can affect a child and even his descendants yet unborn. It is a lesson for parents of today to be measured in their pronouncements especially out of anger.

Although Reuben was the firstborn, the kingdom was given to his younger brother, Judah and the priesthood to Levi, leaving Reuben’s tribe to be small and non-influential. The Messiah, Jesus Christ came through the tribe of Judah and based on Jacob’s pronouncements in the life of Judah, Jesus is often referred to as the lion of the tribe of Judah. Hebrews 7:14 says, "For it is evident that our Lord (Jesus) was descended from Judah…”

To Judah, his father Jacob said, “You, Judah, your brothers shall praise you (Jesus is praised by all)- your hand shall be on the neck of your enemies; the sons of your father shall bow down to you (at the mention of the name of Jesus every knee bows). Judah, like a lion’s whelp, you have grown up on prey, my son. He crouches like a lion recumbent, the king of beasts – who would dare rouse him? (messianic prophecy; Jesus defeated his foe). The sceptre shall never depart from Judah, or the mace from between his legs, while tribute is brought to him, and he receives the people’s homage. He tethers his donkey to the vine, his pure-bred ass to the choicest stem. In wine, he washes his garments, his robes in the blood of grapes… (Jesus died a bloody death)

It is evident from the foregoing biblical accounts that a parental word in the life of a child is prophetic so parents must restrain from saying unpleasant things out of anger to their children. Positive or negative words of a parent can have significant impact not on the child alone but also on his unborn descendants. Children should equally respect and honour their parents so as not to incur their wrath. Even Jesus Christ himself respects His father so children must equally respect their parents. However, a parent who is disobeyed for misleading a child may not have a divine impact on the child. For example, God does not endorse the words of a parent who curses a child because the child has refused a parental advice to engage in social vices such as stealing, homosexuality, killing or prostitution which social vices God forbids.

Dear responsible parent, your words matter significantly in the lives of your children so be mindful of what you say to them.