Odame Agyare writes: Why you should Naturalize to be a Kwahu citizen 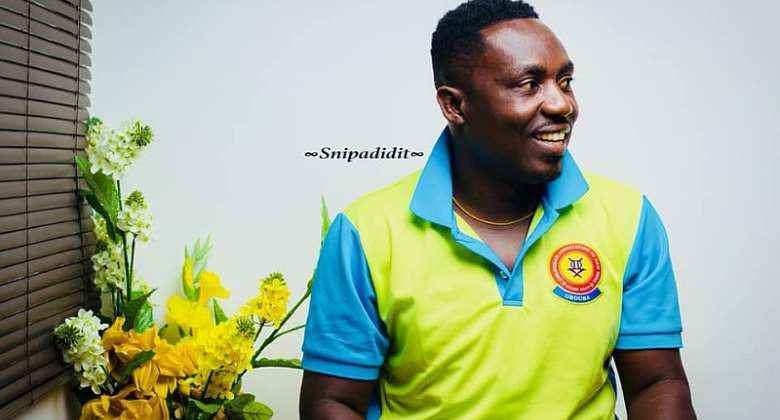 If you are visiting the country of Ghana, you are definitely going to want to visit the Kwahu in the Eastern Region of Ghana. You'll find that it is full of very polite and friendly people.

Dominated by the great sacred rock Bruku which stands as its traditional guardian, the landscape contains green hills, plunging ravines, tumbling waterfalls, communities ranging from the barest collection of mud huts to noisy market towns, and of course the great expanse of the Volta Lake.

This ambitious hydro-electric scheme, created in the 1960s soon after Ghana’s independence from Great Britain in 1957, combined the Volta and Afram rivers, and at the time was the biggest man-made lake in the world

Situated in Ghana’s rain forest belt, the cooler hills of Kwahu provide a home for a wonderful variety of birds and butterflies, and though you won’t see many wild animals you should be prepared to encounter antelope, mongooses, chameleons, armadillos, pythons, and (a favorite basis for a spicy stew) the elusive bush rat called grasscutter.

More singularly Kwahu is a stronghold of the Traditional Faith, which colors every aspect of community infrastructure and daily life. Ghana is remarkable in that its older belief systems survive peacefully alongside the newer arrivals Christianity and Islam, and in Kwahu you will see this very clearly. Public ceremonies are always attended by Muslims, Christians (of many sects), and Fetish Priests drumming and dancing in their ancient costumes.

The people of Kwahu are hospitable and generous. Owing to their affinity to trading the Kwahus are widely spread throughout the country with the majority concentrated in Accra and Kumasi. Their interaction with different cultures and the fact that they have trading relationships with most of the different cultures have made them very popular in the country.

In terms of practices, the people of Kwahu observe the festive days like Akwasidae, Awukudae, and Fofie and keep these days sacred. It is a known fact that every traditional area has its own ‘taboo’ day, where people do not undertake any activity on the farmlands but rather engage in communal labor. For instance, Nkwatia and Tafo observe Fridays as taboo days while Abene, Aduamoa, and Pepease observe Wednesdays as taboo days during which time they organize communal labors instead of going to the farm. To date, anybody caught contravening these sacred norms is charged before the Traditional Authority and fined.

Besides the traditional days, Easter Celebration has become the most patronized festivity among the Kwahus. During Easter, all the citizens abroad return home with friends to celebrate with their families back home. A number of social gatherings and funfair activities are organized during the four-day celebration. The traditional authorities and organizations such as Churches take advantage of the occasion to organize fundraising events for developmental purposes.

The Easter Celebration holds great potential for tourism if well harnessed by the Assembly. The ubiquitous Paragliding Festival of Kwahu South which has gained international attention and patronage offers a great opportunity for Kwahu East to organize eco-tourism activities on the sidelines of the Paragliding Festival to attract tourists. Potential tourist sites like Oku Water Fall of Bokuruwa, Maakye (Echo Cave) of Akwasiho, Ankoma Water Fall and Ramseyer Site (Highest habitable Point of Ghana, 2080 ft asl) can be developed to the standard of modern tourist sites.

Travelers to the charming, peaceful and welcoming Kwahu and even Ghanaians themselves are only gradually becoming better informed about its less well-known tourist attractions, and a wonderful place.

This is why you should be Kwahuniba.

More from Lifestyle
ModernGhana Links
We must pull down strange thrones
A friend called Jezebel
Why people who are most-impacted by climate disasters get subtracted from policy making?
TOP STORIES

Galamsey: We have to win the fight to protect our heritage -...
51 minutes ago