It Is An Error For A Groom To Pay For Rings, Gown And Traditional Ceremony Of Brides – Marriage Counselor 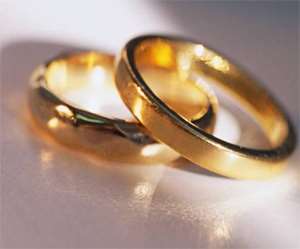 Grooms must not pay for rings, engagement, and gowns of their brides –Counselor

Relationship Counselor and Youth Coach Elder Amos Kelvin Annan has described as an error, the known phenomenon where a groom has to buy wedding rings for both himself and his bride.

According to the respected Pentecostal clergyman, the man and the woman must each buy their own rings and present to their would-be partners as tokens of their covenant to themselves.

He made the assertions addressing congregants at the Calvary Charismatic Centre (CCC) in the Ashanti Region at the church’s annual Family Month commemoration.

Elder Amos Annan also took it hard on would be husbands who buy wedding gowns for their brides insisting that was the duty of the woman’s family.

He told the church, he had already oriented his two daughters that he will personally take care of their wedding dresses, walk them down the aisle and present them to their husbands as a sign that they are next to take over responsibility.

Elder Annan was also peeved with the expensive pump and pageantry that occasions traditional marriages sometimes becoming another burden on the bride grooms list of commitments.

He questioned with astonishment why it had to be a burden to the man when he is expected to be the guest in the house of the bride receiving him and his family to carry out their official observance of marrying off his bride.

The Family Month has become an entrenched feature on the calendar of the Calvary Charismatic Centre with the whole of August dedicated to messages related to family, marriages, children and all other matters concerning building strong family ties in the body of Christ.