Love On The Cliffs And Death In The Valley 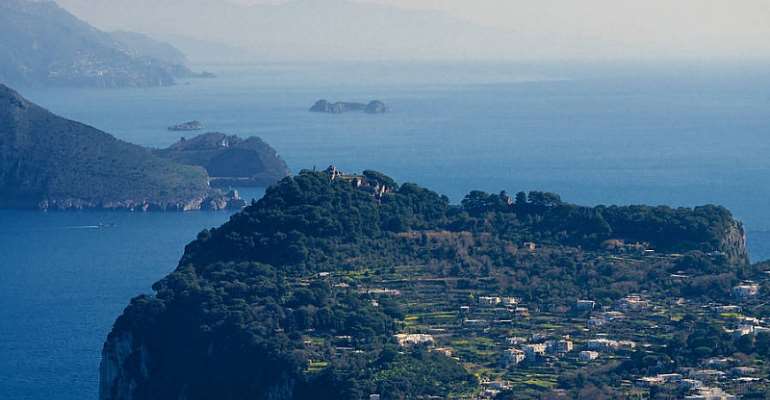 CAPRI - The exotic and idyllic island sitting on the Gulf of Naples is a perfect destination for tourists seeking a glamorous trip. However, Capri's legendary shores hardly conceal its infamous past reputation. Tiberius' darkly enigmatic footprints still resonate around the island's cliffs. Given into dark depravity, the Roman emperor transformed Capri into an erotic safe haven to hide from Rome's prying eyes. Indeed, between 27 A.D. and 37 A.D., twelve years into his reign, Tiberius made an unexpected move out of Rome, never to return into the city. That fueled intense speculations around the whole empire. For the next 11 years, Rome was under remote control mode from Capri's secluded shores. Emperor Tiberius commissioned 12 villas to be built on the island where he finally set foot with an astrologer alongside bevies of young men and young girls collected all over the empire as partners in sexual obscenities and licentious lifestyle. He had the boys and girls dressed up like Pans - the god of the wild and the nymphs. Conspicuously, Villa Jovis, the lavish imperial palace sitting on top of the island's cliffs became Rome's most famous "Pleasure Palace".

Unbeknown to the Roman public, Tiberius escaped Rome to lay anchor his sexual extravagances and obscenities as well as his vices galore far from public view. Once self-secluded on the Island of Capri, Tiberius "finally gave in to all the vices he had struggled so long to conceal." Emperor Tiberius was so depraved a man that he was into all kinds of perversion and debauchery olympics. Stimulated by erotic manuals and sexually explicit art-works, Tiberius was a legendary drinker with a compulsive sexual perversion for boys, girls and children. Subsequently, the emperor became so notorious for debauchery as to be labelled the "Old Goat" of Capri.

Some historians still strive to conceal Tiberius' reign as a symbol of mad depravity and debauchery. No matters what. De facto, by the 19th century, Europe had two arts capitals: Paris and Capri. Capri became the "hermaphrodite island" where no one spurns any sexual orientation. Thus, thanks to Tiberius, Capri became in the 19th century, the gay capital of Europe as well as the sanctuary island where wealthy fantasists, tourist hedonists and eccentrics of all taste could exorcize their fierce sexual demons while avenging and wallowing in mad pleasures. During the 1920s, Capri was a paradise for lesbians. Gay millionaires of high caliber like the German steel and armaments industrialist Friedrich Alfred Krupp and the French real-estate Baron Jacques Fersen self-exiled on Capri. In 1910, Fersen lived on the island with his gay Roman lover Nino Cesarini and even staged a human sacrifice to the ancient Roman sun god Mithras. Fersen's Villa Lysis stands close to Tiberius' palace and is still a touristic attraction to this day. Baron Fersen was obsessed with Pan, the ancient Greek god of the wild and companion of the nymphs. Fersen committed suicide in 1923 on Capri. Krupp could not depart from Capri and the rumors had it that he enjoyed sexual orgies with the local youths. He committed suicide in 1902 after his affair with an 18-old barber was exposed to the public.