Satvik Diet : Embrace Every Moment Of Your Life 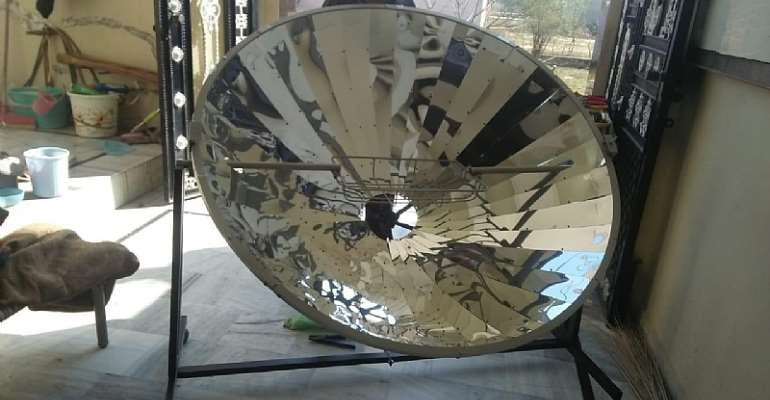 During meditation, our consciousness is able to transcend our body and mind, allowing Cosmic Energy to flow into our being. When we meditate, the mind and body have the tendency to become one. This helps the physical and spiritual self to receive the energy and helps in cosmic energy healing. However our body often gets undesirable intoxication through food intakes while energising the body. Such presence of intoxicated elements often stand on the way of emancipation. Mode of cooking is mainly responsible for such intoxications.

People in general love cooking with natural gas. These stoves provide cooking flexibility. But they also emit chemicals that are harming our health. A new study published in Environmental Health Perspectives finds gas stoves give off unhealthy levels of noxious combustible by-products.

The recent study published in Environmental Health Perspectives finds gas stoves give off unhealthy levels of noxious combustible by-products. After collecting data on homes in Southern California, researchers estimated the levels of carbon monoxide (CO), nitrogen dioxide (NO2) and formaldehyde the average home cook using a natural gas range is exposed to daily. These gas stove dangers should not go unnoticed.

Emissions of NO2 surpassed the acceptable limits for outdoor air established by the Environmental Protection Agency. This means cooks are being exposed to an even greater concentration of these gas stove dangers, since indoor home cooking is done in an enclosed setting.

Microwaves can produce effects on our body instantly due to the 2.4 GHz radiation — the frequency of radiation emitted by microwave ovens. If any body experience irregular heart beat or any chest pain and regularly eat microwaved food, it might be best to discontinue use

Solar energy is derived from the sun’s radiation. The sun is a powerful energy source, and this energy source can be harnessed by installing solar panels.

The energy earth gets in one hour could meet the global energy needs for one year. However, we are able to harness only 0.001 percent of that energy.

Maybe Alien Life Runs On Cosmic Rays Instead Of Sunlight. Earth is very much powered by the sun. ... The idea, proposed in a new paper in the Journal of the Royal Society Interface, is that these beams of high-energy radiation could power underground ecosystems on worlds without much sunlight or atmosphere.

Cosmic Rays: ... Some of these particles originate from the Sun, but most come from sources outside the solar system and are known as galactic cosmic rays (GCRs). Cosmic-ray particles that arrive at the top of the Earth's atmosphere are termed primaries; their collisions with atmospheric nuclei give rise to secondaries.

Cosmic rays are a form of high-energy radiation, mainly originating outside the Solar System and even from distant galaxies.

Everything is energy vibrating in a pattern. The pattern and density of the energy decides how an energy will manifest itself in form.A vibration is the motion of an electromagnetic field. There is a law of vibration upon the molecular level that means as vibrations or motions become denser they become visible to our eyes. That means that the physical body of the person or an object has a denser vibration than something not readily visible to everyone.

The Creator of the Universe is the canter and soul of this Cosmic Energy Field. In the Cosmic Energy Field, everything is constantly seeking to be in balance. Instability seeks stability. Inhaling is balanced by exhaling. Wakefulness is balanced by sleep. Natural electricity is balance by natural magnetism. Death is balanced by life itself. This is the wellspring of knowledge that provides us with the information, insight and wisdom we receive. You can call this knowledge intuition, knowing, or by many other names.Image result for prana energy-fantasy art

Cosmic Energy is essential for life to continue in an individual and collective sense. It is the fuel for action, life, and being.Cosmic energy is the life force that is existent everywhere. It is present in the cosmos, between the galaxies, the molecules and in the space. It is essential to maintain the order of our life and expand our consciousness. Cosmic energy is received by being at peace with one’s own self and living in the present moment. Blissfulness is the basic characteristic of cosmic energy. It is a state of mind that combines peace, love and joy.Image result.

Cosmic Energy is available in an abundant supply, so it’s simply up to you to tap into it. Meditation is the way to align with the Cosmic Energy which can carry you forward on your path of healing, spiritual growth, ascension, and psychic development.

What could be the shape of the Solar cookers to reap the best benefit in harnessing the solar energy? Probably the parabolic shape of solar cookers may serve the purpose.

The ancient Egyptians probably chose that distinctive form for their pharaohs’ tombs because of their solar religion, explained Donald Redford, professor of Classics and ancient Mediterranean studies at Penn State. The Egyptian Sun god Ra, considered the father of all pharaohs, was said to have created himself from a pyramid-shaped mound of Earth before creating all other gods. The pyramid’s shape is thought to have symbolized the Sun’s rays.

Cosmic rays can even be used for applications outside of astronomy. In November 2017, a research team discovered a possible void in the Great Pyramid of Giza, which was built around 2560 B.C., using cosmic rays. The researchers found this cavity using muon tomography, which examines cosmic rays and their penetrations through solid objects.

The pyramids of Ancient Egypt hold countless untold secrets, including the way in which they are aligned. Now, one archaeologist posits that the rotation of the Earth and its relation to the sun hold the key. In his paper, Dash suggests that ancient Egyptians did in fact use the sun to align the pyramids—but specifically on the day of the fall equinox. The length of day and night are equal on the fall equinox, which is one of two annual equinoxes when the sun sits directly above the equator.