5 Deep Lessons In “the Boy Called A Girl” 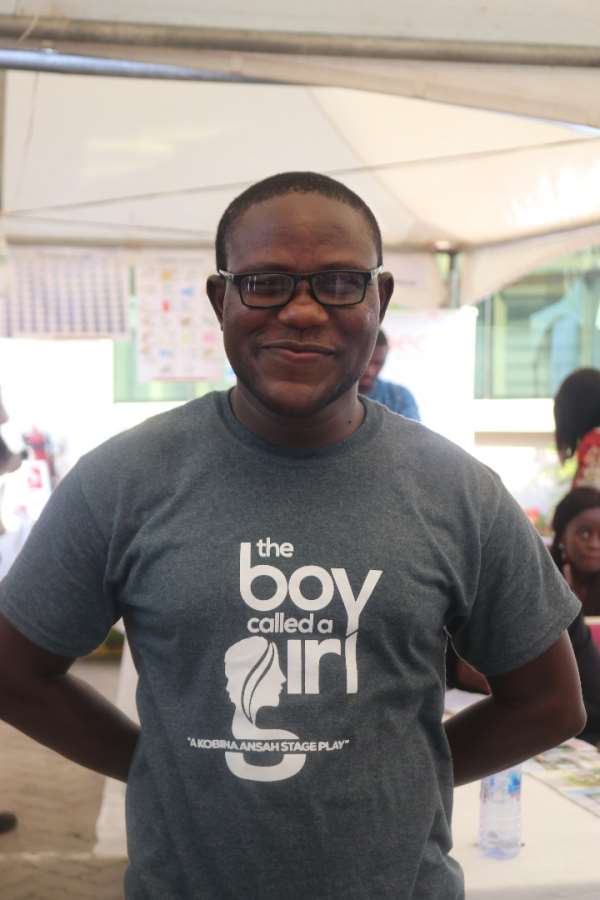 Over the years, my team and I have managed to consistently produce plays with the aim of changing some toxic narratives and above all, changing our mindset. Every play of mine has the family in mind. I believe society can only stand when the family unit is intact. Our style of theatre, thus, is to communicate inspiration, lessons and fun.

On Saturday, July 20th, 2019 at the National Theatre, I will unveil my sixth play, THE BOY CALLED A GIRL, at 4pm and 8pm. This interesting family play is a musical which has been carved to address sensitive issues in society, especially parental negligence. In a world where every parent seems busy, we should never neglect our first responsibility; the responsibility of keeping our home.

One signature of my plays is that aside all the humor and wits, they are littered with loads of deep lessons for the audience to take home. Our discerning audiences always get to chew on interesting lessons perfectly woven into dialogues, music and actions… and THE BOY CALLED A GIRL is not any different.

In THE BOY CALLED A GIRL, there are many lessons for both the young and old to ponder over. When one reflects on the central theme of the story, it throws back to them the unnerving question, “Are you in your closet what you are in public?” There are many lessons subliminally written on the walls of the story to get every theatre lover thinking about life a bit more deeply.

In today’s world, it is extremely hard for people not to mistake correction for condemnation and vice versa. In a world where everyone seems to be right, it is hard for one to be corrected without misinterpreting it as condemnation. On the flip side, it is very easy for others to be condemned when what they needed was really correction.

Condemnation is snuffing out the fire harshly. Correction is blowing the fire out gently. While the aim is to put the fire out in both cases, the means are different. When we condemn people (when what they needed was correction actually), we attack the wrong they do when oftentimes, they don’t even know why what they are doing is wrong. At the end of the day, we may get them to stop whatever… but for a moment. This is because they still don’t know why it is wrong!

Condemnation physically tells you to stop a wrong thing. Correction emotionally explains to you why a thing is wrong. Many a times, what people need is correction, not condemnation.

“A cassock can cover a man’s skin but never his character!”

Every man must remember that their true selves may not hide for long… no matter how well they try to hide it. The skeletons we keep in our cupboard under the veil of our reputation may not be hidden for long. If any man wants to be of high reputation, thus, he first needs to be of such reputation when no one is watching him.

No one can hide behind their faith and titles to assume that their true selves may never come to bare. Your cassock can cover your skin… but never your character.

“The greatest authority is authority over ourselves!”

Authority is such a great thing to have but many are yet to know that the greatest authority to have is authority over what entices them. If a man can’t control his desire for food, it will lead him where he never imagined; even his death. If he can’t control his libido, he will take decisions he has only thought little about.

A man of authority is not one who has a thousand followers but he who will not follow his lust wherever it leads him. When a man has no control over himself, he will lose in a day what he took ages to build.

Self-control is such a great authority to have and every person should strive to have it. It is only when we have it that we can control everything around us. If we want to be people of authority, we first need to have authority over ourselves.

“Your addiction may eventually destroy you!”

Our obsessions can become addictions and our addictions can soon become our slave masters. When we become so obsessed about a thing, it may soon be our addiction when we have it. When we so badly long for a thing and we eventually have it, it becomes something we can’t do without.

THE BOY CALLED A GIRL talks about addictions. There are so many things we can be addicted to; social media, smart phones, gadgets, our pleasures and what have you. Such addictions render us unproductive. We may spend a chunk of our lives on our addictions because they are time-consuming.

Our addictions will destroy us. The earlier each of us deals with theirs, the better it may be for us.

When a man is so enchanted by a woman’s beauty, he ought to remember that what really matters is the character behind the beauty. When a woman admires a man’s wits so badly, she must always know that wits without good character will get nowhere.