Ageism is not funny 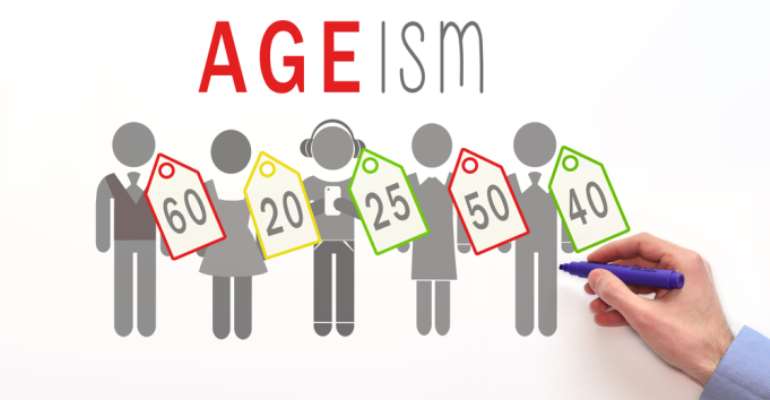 The World Health Organization (WHO) defines ageism as the stereotyping, prejudice and discrimination towards people on the basis of age. In 2016, a global campaign to combat ageism began to percolate because ageism happens around the globe. Ageism lives in every country and culture—some more than others.

By writing humorous columns and articles about aging, I encourage oldsters (including myself) to laugh and poke fun at the changes that accompany our birthdays. However, ageism is not funny.

Betty White, an American actress that is as sassy and playful as the day is long, celebrated her 97th birthday in 2019. And Hollywood better not try ageism with her. You’ve got to watch her “I’m Still Hot” music video on YouTube. You go Golden Girl! According to a 2018 AARP report, 64 percent of women said they’d been the target of or witnessed age discrimination.

Ageism is a term coined by Robert Butler (founding director of the National Institute on Aging, USA) in 1969. He used it to describe: prejudicial attitudes toward older people, old age, and the aging process; discriminatory practices against older people; and institutional practices and policies that perpetuate stereotypes about older people.

The Age Discrimination in Employment Act of 1967 (the federal law that protects workers and job applicants 40 and over from age-based bias in employment) had its 50th anniversary in 2018. But, ageism lives on in the USA. A 2018 report by the Equal Employment Opportunity Commission (EEOC) proclaimed “Despite decades of research finding that age does not predict ability or performance, employers often fall back on precisely the ageist stereotypes the ADEA was enacted to prohibit. After 50 years of a federal law whose purpose is to promote the employment of older workers based on ability, age discrimination remains too common and too accepted.” According to the US Equal Opportunity Commission, almost a quarter of all claims filed by workers are related to age-based discrimination. www.eeoc.gov.

Books on Aging and Ageism
“From childhood on, we’re barraged by messages that it’s sad to be old. That wrinkles are embarrassing, and old people useless.” Author Ashton Applewhite believed them too—until she realized where this prejudice comes from and the damage it does.

“This Chair Rocks: A Manifesto Against Ageism” (2016) by Applewhite explains the roots of ageism in history; looks at ageism in the workplace and the bedroom; critiques the portrayal of olders as burdens to society; and concludes with a rousing call to action.

“Women Rowing North: Navigating Life’s Currents and Flourishing As We Age,” a 2019 book by Mary Pipher, examines the cultural and developmental issues women face as they age. Pipher is a 71-year-old psychologist.

The 2020 Aging in America Conference (sponsored by The American Society on Aging) will be held in Atlanta, Georgia, (USA) March 24-27. The American Society on Aging is an association of diverse individuals bound by a common goal: to support the commitment and enhance the knowledge and skills of those who seek to improve the quality of life of older adults and their families. www.asaging.org.

“We contain all the ages we have ever been.”— Anne Lamott.

Melissa Martin, Ph.D, is an author, columnist, educator, and therapist. She lives in US.

More Lifestyle
ModernGhana Links
Post-Covid fatigue - Simple ways to deal with it
What is life?
Overhydration – What are the risks and why you must avoid it?
Check your oximeter’s fitness
Healthy eating - Food to eat during Covid-19 times
Societal perception of single-use of anklet
Angela Kyerematen-Jimoh: Supporting women who fuel Africa’s future
A Perfectionist's Plight
Problems at home impact employee creativity more than problems at work — New research
TOP STORIES