Looking after your lungs should not only happen once a year. 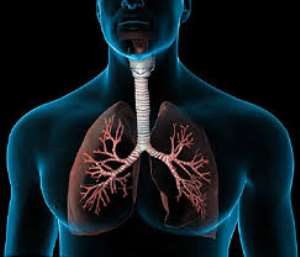 Roughly 7 million South Africans smoke cigarettes and other tobacco products, according to the State of Smoking in South Africa Report. This amounts to almost 20% of the population. That’s 20% too much.

According to Craig Comrie, Principal Officer and CE of Profmed, every year thousands more people take up the habit, despite the risks to one’s health being widely known. “The World Health Organisation has estimated that every year, between 80,000 and 100,000 children take up smoking, a worrying statistic given the long-term health risks.”

Ahead of World No Tobacco Day on 31 May 2019, Comrie says it is important to highlight the impact of tobacco and tobacco products on health, and the role which healthy lungs play in the health and wellbeing of all people.

“It is imperative that we raise awareness about smoking and its associated risks. Research by the Cancer Association of South Africa (CANSA) shows that smoking remains the single most preventable cause of death with about 44 000 deaths recorded in South Africa every year.”

He says smokers should also keep in mind the danger that they pose to those around them. “Second-hand smoking can cause as many diseases as first-hand smoking, including cancer, long-term respiratory diseases and heart disease. Children who inhale second-hand smoke are also more likely to contract bronchitis and pneumonia.”

The true cost of smoking

Comrie says that listing all of the health benefits for giving up smoking is not enough of an incentive to quit, or to prevent someone from starting again. “As a result, it is important to remember the financial incentives. A smoker that spends R30 a day on the habit will save more than R10 000 a year by quitting and R100 000 over ten years.”

He adds that one should also consider the financial impact on their financial services products, such as medical aid or life insurance premiums. Smokers are more at risk of contracting smoking-related diseases and this increased risk of illness means they are more likely to suffer an early death, so they pay more for life insurance and other products.

As many former smokers know, quitting is one of the hardest experiences they will ever undertake, with only a third of people who do so proving successful. However, it is an achievable goal. Comrie says that people should keep in mind that the benefits are both immediate as well as long-term.

“Within a year the excess risk of coronary heart disease, heart attack and stroke drops to less than half of that of a smoker; and within 5 to 15 years the risk of stroke declines to that of a non-smoker.”

Here are some tips to help smokers who have decided to break the habit: