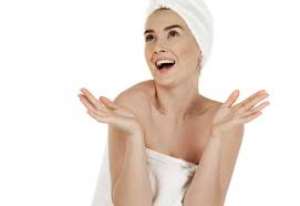 My young cousin Collins is a distressed man. He is an ambitious dude in his late 20s and his equally young wife, just got a baby.

But instead of the joy that that comes with a new angel, this baby has brought feelings of mistrust and betrayal in the year-old relationship.

“Mama Tasha, imagine that baby is not mine. My wife and I are both light but the baby is as black as charcoal. I think she had an affair with a dark-skinned man,” my cousin told me on the phone.

The poor young man does not understand how two light people can produce such a dark baby.

As I have mentioned before, I hate being dragged into couples' domestic squabbles, but for some reason, my relas have made me the family's agony aunt.

So after my cousin's confession, I created time and visited Tania, his wife, to get her side of this dark story. I spoke to her as an elder sister and shared Collins' accusations.

“Mama Tasha imagine this baby is his. I know she is darker than us, but she is ours,” she explained to me amid tears.

“OK. I believe you,” I reassured her.
When solving such cases, I have learned that it is always wise to be open-minded and avoid being judgmental of either party.

We spoke at length as I also gave her tips and lessons on how to take care of a newborn. Having won her trust, as we bonded, the young wife made a startling confession.

“Mama Tasha I have something I need to share. Please do not tell your cousin,” she told me with that innocence of a teenager who's been to some mischief with a boy.

“Go ahead dear. Your secret is safe with me,” I assured her.

“I used to be very dark but after seeing the attention my light friends were getting growing up, I decided to bleach my skin after high school. I was introduced to some Congolese woman who sold to me some tablets which I have been swallowing since then. That is why I am this light,” she dropped the bombshell.

That was so heavy it jolted me off my seat. I mean, I know very well my cousin Collins' obsession with 'yellow yellow' and that's why he had married this girl.

Long story short, I managed to convince my sis-in-law why she had to confess to her husband. My cousin was hard hit by the news, but they are seeing a counsellor to help them move past that deceit.

But my sis-in-law aside, many women have duped men into marrying them because of body enhancements they had to look more attractive. I know women who have had butt enhancement and boob enlargement to get attention of men. And true to their tactic, men fall for such traps. But my concern is, shouldn't you confess to the man before he marries you otherwise it's a form of deceit? Ponder that...

The writer is a married working mother of a toddler boy and a pre-school girl. She shares her experience of juggling between career, family and social life.