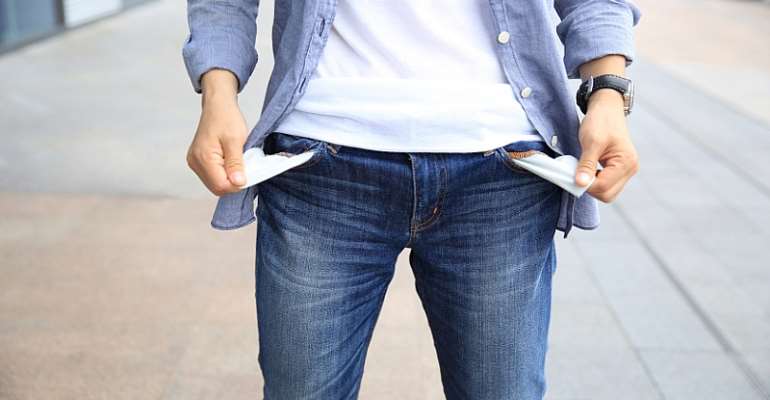 When a group of people are placed in a room, how they think becomes evident. The poor amongst them speak a particular language because they have been brought up as such. The wealthy, on the other hand, think far differently from the others because of their exposure. Poverty is a mindset and then it becomes a character.

Mindset is cause. Every other thing is effect. Who a man is and will ever become largely depends on how he has been fashioned to think. The fruits we will ever bear in this life are largely dependent on the seeds of thoughts that have been consistently sown into us. If you want to change a man, thus, first change how he thinks. His character is a reflection of his exposure.

Poverty is a character. It is how a man consistently lives because of how he has consistently thought. If poverty were a fruit, a man’s thought patterns would be its seed. If people are sentenced to life imprisonment of poverty, it is because of their mindset which has eventually translated into character.

Being broke is not being poor. One is temporary and the other, permanent. One is a lack in the pocket. The other is a lack in character. Being broke is only for a period but a man who has been caught in the web of poverty will be continuously entangled if they don’t change how their perspectives.

Poverty has little to do with the absence of money but a lot to do with the absence of character. Poverty, like culture, is a way of life. No matter the amount of money that comes to one, if they don’t have the character to manage, they’d still be poor. A poor man’s wealth is not sustainable because he will keep making life choices that will take him back into the dungeons of poverty!

A poor man is a vulnerable man just like a poor nation is a vulnerable one, too. Anything is able to walk through its door. Every nonsense can walk up to them to negotiate. And… they will have little or no say.

Every poor person speaks a distinct language because poverty, like a nation, has a language. Poverty makes people think alike. Poor people are able to identify themselves because they speak almost the same language regardless of where and who they are.

“The language of excuses.”
The poverty game is a blame game. Poverty will always find an excuse why it can’t be rich. Poverty always has a pile of excuses it dishes out to others. Poor nations will be blaming their current state on some slave trade that took place when their forefathers were just a clot of blood. Poor people will blame their circumstances on their family background and what not. Poverty is a culture of excuses!

You see, poverty never wants to own up to anything. One sign of a poverty mentality is when there’s no sense of responsibility. A man must know that his destiny lies in his hands. By his daily choices, he molds this destiny. A people must know that what their nation will ever become largely depends on them. America is great because Americans are great. Rwanda is becoming great because Rwandans are becoming great.

Poverty always has one excuse or another to tell. It has long and boring folktales of why things are getting worse. Mr. Poverty assumes that everyone is responsible for his sorry state except him. A poor people are those who have been raised to think that they have never contributed a dime to their poverty!

“The language of waste.”
The irony of life is that the poor wastes resources more than the rich. Those who lack abuse their limited resources unlike those who have in abundance. Go to a wedding party. It is those who left nothing at the gift table who will take loads of food they can’t even eat while they go for extra plates to take home. Take a look at poor nations. Every resource that is abundant there is often left to rot while they clamor for importation of the finished product of those same resources.

Poverty reeks of waste― waste of time, resources and human capital and potential among others. It places no value on resources. A poor man may have a wealth of resources and still be as poor as a church mouse. A poor people will sit on great natural resources yet go beg from nations that rip them off these resources because they can’t manage such well. Thanks to waste and corruption.

Poverty makes a people live below their potential. It wastes resources both within and without.

Carefully observe the poor around you. There’s always something they have that they are generously wasting. There’s a resource they constantly waste while they labor in abject poverty. It’s a language they have so much proficiency in.

“The language of dependence.”
Poverty makes people assume that their help should always come from elsewhere. It makes them perpetually dependent despite all they have. When a people admit that they are indeed poor, they make others the breath of their lives. Without them, they can’t exist― literally.

A man or woman is drowning in poverty speaks the language of dependence so fluently. They are insecure in so many aspects of their lives― emotionally, financially, physically, spiritually, you name it. A mindset of poverty takes away our sense of self-reliance. A people who are bedridden with the poverty mentality are always dependent on others. Independence is only a mirage to them.

When a man wants to render a people perpetually poor, he first takes away their sense of dependence. He teaches them how to feel inferior about what they have. He fills them with thoughts that will destroy any foundation of independence in their lives. In that state, they will clutch on any straw to survive, even if it belongs to these slave masters.

A poor people can always identify themselves with their dialect of inferiority. A mindset of poverty and pride can’t coexist. One needs to replace the other. When people are poor, their sense of confidence takes a nosedive. Nothing makes anyone more timid than poverty. Little wonder poor nations have the least say on global matters.

A language of ill-confidence buries one’s potentials. Poverty tears apart people’s gifts and talents. It makes them not even realize the great potential within them. Poverty suppresses people; a trait mistaken for humility. No poor man is truly humble.

A mindset of wealth is a mindset of confidence― great confidence. It commands. It orders. It demands what belongs to it.

Kobina Ansah is a Ghanaian playwright and Chief Scribe of Scribe Communications (www.scribecommltd.com), an Accra-based writing firm. His new play is THE BOY CALLED A GIRL slated for this July.