Take Naturi Naughton Power to move on from unfair treatment 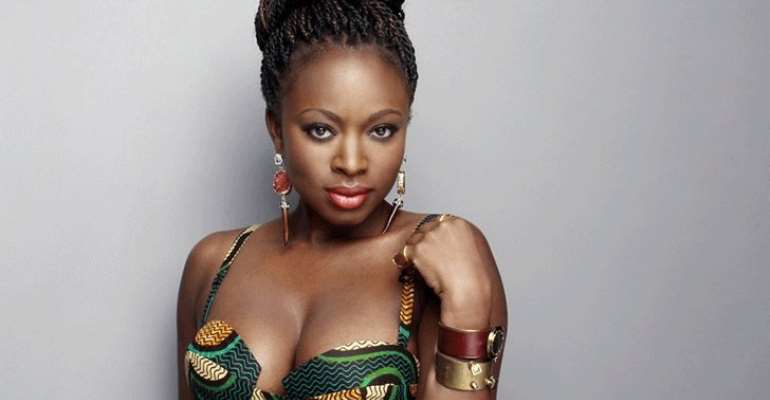 Woman or man if you have been ousted, rejected unfairly or not given a job in the place of someone less qualified because you were honest, real and the other person was conniving and had the tact tor making people come to their side. I hope Naturi Naughton gives you hope.

Ousted from 3LW (3 Little Women) the American girl group after issues with her management, conflicts with the other two group members(her once upon a time friends). Surrounding their idea she was less marketable as a dark skinned woman, too outspoken and Naturi's refusal to do sexual favours for the group to get ahead in the industry. 18 year old Naturi Naughton was broken, broke and blacklisted from the music industry. Yet unlike Destiny Child's LaTavia Roberson and Farrah Franklin who were kicked out of Destiny's Child following their complaints of being treated unfairly and being in Beyonce's shadow.

Naturi refused to go down like Florence Ballard of The Supremes, who was ousted unfairly following her issues with a singer considered more mainstream without Ballard's vocal power Diana Ross, taking the centre stage. Ballard was portrayed as 'Effie White' by Jennifer Hudson in Dreamgirls. However, Ballard and her beautiful voice had a sad ending. Ballard after The Supremes, lived life in depression, alcoholism and poverty. When she tried to make a comeback she died at the tender age of 32.

Naturi however, went on to play Little Inez in Hairspray musicals, Little Kim in Notorious ( the film depicting the life of the rapper Biggie Smalls) and Denise Dupree in Fame. Now she plays Tasha ( the feisty wife of chief drug dealer Ghost) in the stars number 1 show Power. She is more famous than any of her 3LW co singers, who thought she would never make it. Now Naturi Naughton has shown the world " I'm gonna live forever, baby remember my name" as she sings in Fame.

Read this story and see how Naturi inspires a young woman and in turn be inspired, all the views you are about to read are the opinions of the person whose words are in quotation marks.

" After serving as an NUS ( National Union of Students- UK) Wales part time officer (NUS Wales black students officer) for 2 years and giving my heart and soul to the job. Giving my all to my UK committee (NUS black students committee 2015-2017 and other students involved in the campaign) of which only a few of those 'family' members ( I thought of them as my family) I dearly loved bother to check up on me or help out when I need them. However, some have still been sisters and brothers and I acknowledge and thank them. I skipped classes, put my all into conferences, and juggled the duties of what was a full time job ( disguised as a part time role unpaid) with frequent travel across the U.K. with my studies.

I run for the post of NUS Wales women's officer in 2018, my opponent Chisomo Phiri was a student president in a Welsh university, who didn't really do or achieve much. Whearas I had a track record of being honest, blunt and telling the truth in an organisation were many officers had their roles for the parties, the money that came with the job and to climb up the career ladder. Some of the NUS officers ( part time and full time) and Welsh sabbaticals I worked with were bullies, unfocused, mean and some dare I say it in my opinion were racist. An officer in a Welsh student union found it ok to use the word ' nigga' on a black sabbatical officer officer (my former my mentor, who told me I was never going to win NUS women's officer, because I wasn't fake- I tossed him into the trash can. Now he works in a student union- the joys of being a fraudalent person). I did my best in my role, foolishly unpaid. Never do a job that's demanding were you have to deal with accountability and people who don't even bother doing their jobs ( some paid officers) telling you to be a professional for free.

The nomination forms for NUS Wales women's officer were sent out I think about one week before they were due to be submitted, there was a mistake on the application form concerning the amount of nominations needed and a few other things. It's like they had already picked a winner. No female student was going to leave their studies on short notice to go to a conference ( students had to ask their student union to go to the conference to vote for the next NUS Wales women's officer) However, my opponent's ( Chisomo Phiri- the current NUS Wales women's officer) full election campaign team was going to be at the conference( almost all of the 20 something people who attended the conference). How they got so organised was beyond me, could it be that my opponents friends who were full time officers (Carmen ria Smith of questionable character, Gwyneth Sweatman, and Ellen Jones, the latter though was exceptionally nice and up for me after the election) had already given her the win.

Anyway after I miraculously got to stand against my opponent by getting enough nominations, I even had to beg people on the street to nominate me( I'm determined) to get the total nominations needed. I had to even fight NUS Wales for a ticket to the conference and my nomination to go through, because their application forms didn't make logical sense. I wasted my time to go to an already rigged conference. The women at the conference had their winner and my opponent didn't say a word to me, I wasn't going to say a word to her either. The atmosphere was not welcoming for me and no one was interested in what I had to say. Luckily I had 2 friends at the conference and the NUS UK women's officer at the time Hareem Ghanai, who I'm on very good terms came to my aid.

I tried my best to win votes at the conference. I told them very personal stories to show why I would be good at the job, gave a good pitch, answered my questions well and overall everyone knew I did the best job. However, after all my hustle to correct wrong, popularity won the vote. I got like 3 votes and the most insulting thing was people telling me my story inspired them. I wish it inspired them to do the right thing. After my loss the person who refused to speak to me throughout, my opponent, decided to congratulate me. Afterwards I was suppose to be happy and jolly that I got played for a fool. Maybe I don't have the diplomacy to be in politics, I told them a real lioness never bows to pig and proceeded to tell the truth. It's painful to know the difference I could have made, went to someone who bullied part time officers while shw was a student union president and behind closed doors is a questionable character. However, she won and hopefully she furthers her political career with corruption ( I guess looking at the worlds political climate these days the best woman won). I wish her well. Even though now my current predicament is hard and that job would have allowed me to change mine and a lot of people's lives. It still hurts to have been treated like that.

Sometimes I watch Naturi Naughton's rise after her confession that what her 3LW members and managers did to her left her in a place were she didn't believe in herself, colour and beauty. She also didn't believe she will make it in the world. However, she pulled through and has done even better than what she expected. Like me she tells the truth, she spilt the total truth to Wendy Williams about her split from 3LW, the other members and the managers afterwards tried to make her a liar and trouble maker. She never compromised though, and I loved her high head when she sat next to one of the other former 3LW members after her Power fame. Her Instagram handle is Naturi4real she doesn't do it for the likes. Naturi has been through it, she was unemployed for two years before Power and before she got her first role after 3LW as little Inez her struggles were real. Even though life is not spectacular now. I know I will make it to wherever I want to be if I keep persevering, perverse things won't stop my talent or me achieving what I should. "(Signed I should have got the job)

Let Naturi teach you what doesn't kill you makes you stronger, you may be bitter and upset about certain situations. However stand taller, rise above, keep going and you'll make it ! Also don't become corrupt just to fit in and win. You may get what you desire but at the price of your soul. It's never glorious to have what you know you don't deserve, it eats at your soul. No one will ever admit it, but it does eat at their soul.