Intake of Alcohol In View 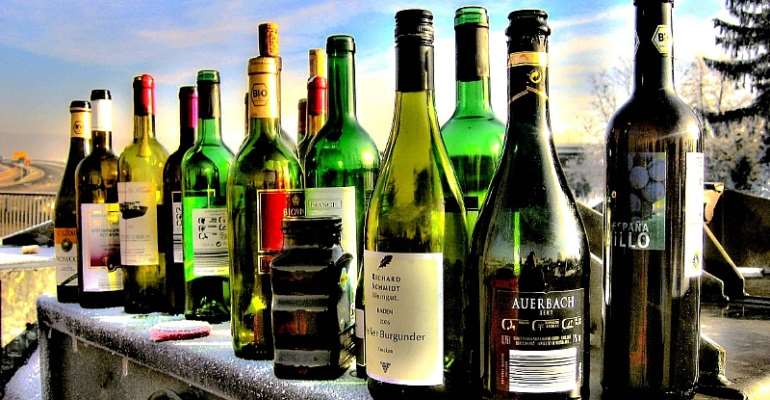 The use of alcohol ranging from communion wine in religious ceremonies to beer, wine, and liquor at business and social gatherings is considered an acceptable part of the dominant African culture. Many people do not think of alcohol as a drug because it can be purchased legally and without prescriptions by adults. In any case, alcohol is a psychoactive medication that is named as a depressant since it lowers the activity level of the central nervous systems and also affects the mood and behaviors of individuals. In this manner, the impedance of judgment and thinking that is related to being tanked is the consequence of alcohol discouraging the brain functions. There are a few highlights we might want to look at with alcoholism.

The lower class individual tends to be heavy drinkers, unlike affluent people who are less heavy drinkers but have a high rate of alcoholism.

Although negative transient impacts of drinking are typically survived, chronic heavy drinking can cause perpetual harm to the brain and other parts of the body. Did you know that even the consumption of alcohol comes in classes? Although people in all social classes consume alcohol, income and class determine alcohol use. Well, studies show that people who drink earn more a year tend to drink expensive special or imported beers and more wine than liquor, whereas those who learn less income, tend to consume less expensive domestic beers and drink more beers than wine or liquor (Levinthal, 2007). Hence, why the middle or upper-class individual is more averse to be substantial consumers yet have high rates of alcoholism compared to low-class individuals. This is because affluent people have the required resources to purchase these wines.

Another factor to consider is the fact that men are more likely than women to be labelled as a problem drinker or alcoholics. Women who drink alcohol generally are light drinkers than men.

Alcohol accompanies its own medical issues. Chronic alcohol abusers show significant major health problems that are typically associated with alcoholism; their risk of them is greatly increased. For alcohol, the long term health effect includes nutritional deficiency as a result of poor eating habits. Alcoholism is associated with fluctuations in blood sugar levels that can cause adult-onset diabetes. Chronic abuse is also linked to cardiovascular problems such as inflammations and enlargement of the heart muscles, poor blood circulations, reduced heart contractions, fatty accumulations in the heart and arteries, high blood pressure and cerebrovascular disorder such as stroke (Levinthal, 2007).

Media then again has helped outline alcohol, inadequate way. Media delineates the drinking of alcohol as a social fun in men. This indirectly passes on the message that individuals who normally drink alcohol enjoy life, fit in every social gathering and are independent. We see champagne shimmers in crystal clear glasses and the vibrant toasts focus on special targets such as affluent and middle-class individuals.

In any case, in other TV dramas and reality shows, we see the genuine impacts of alcohol abuse. That is, its intemperate intake makes one talk dumb and act foolishly. According to executive producer, Average Joe, a former reality series, “alcohol is the socially accepted drugs of choice for our culture. So when you see people abuse it on a reality television show, maybe we should be looking at the problems of alcohol abuse and not the reality show (quoted in Fletchers, 2006).