The dark side of digital 'love' 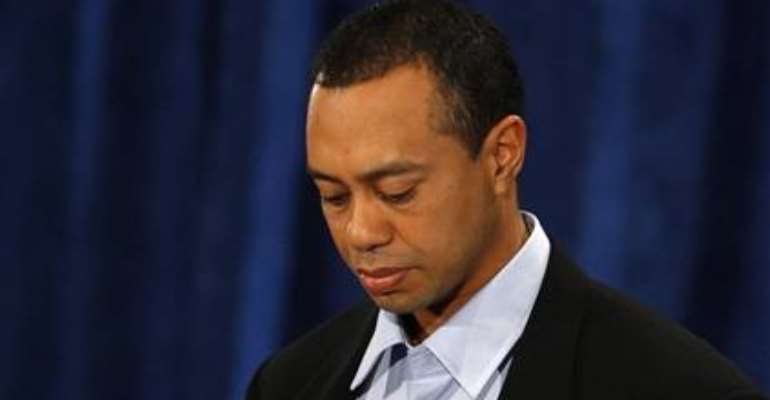 It's part of the Hades of high tech: the heart that's wounded, the mind unbent, the mouse that's easily clicked to damage and destroy others, or errant voice mail messages laced with menace or desperation. It is the dark side of "love" in the digital age.

Tiger Woods became a textbook example with his voice mail to a mistress shared nationwide, audio intact: 'Hey, it's, uh, it's Tiger. I need you to do me a huge favor. Um, can you please, uh, take your name off your phone. My wife went through my phone. And, uh, may be calling you ..."

Despite many upbeat tales of online matchups or romantic reunions through Facebook or e-mail, there are plenty of cautionary tales. They don't have the high-profile, TMZ-appeal of Woods' case, but are more devastating to the victims, such as these cases from just last month:

In Wyoming, a woman's former boyfriend is charged with posing as the woman online and arranging her rape through a Craigslist ad that said she was looking to play out a "rape fantasy." A 26-year-old man forced his way into the woman's home, tied her hands and raped her at knifepoint, prosecutors say. Both the former boyfriend and the accused attacker face life in prison if convicted.

In New York, Paul Franco, faces charges of coercion and harassment for allegedly hijacking the Facebook account of his former girlfriend, changing the settings on her page to show her as being gay and demanding cash from her before he would change her settings back. "He changed all of my personal information and said I was interested in women. I got a lot of requests for relationships with women — and he was the one accepting them," Jessica Zamora-Anderson told the New York Post.

"Technology has removed what I call the 'moral speed bumps.' Before, when you went out stalking somebody, or doing some horrific act, you had to decide to go out that front door and do it," he says.

"But what technology has enabled you to do is sit in the privacy of your house and wreak havoc."

In particular, "we're seeing an increase in individuals impersonating other people online for a variety of different reasons, and harming them through personal attacks," such as the cases mentioned above. He describes it as "stalking by proxy."

Among the cases he prosecuted was that of a Fresno, Calif. court clerk whose ex-boyfriend created fake online profiles of her, including information about where she lived and worked, and posted messages saying she wanted men to contact her for sex.

The boyfriend? He was someone who should have known better: A deputy district attorney in Fresno County, David Evan Jones, who pleaded guilty to one charge of false impersonation in 2008.

"He was stalking a court staff member — and he was doing it from his office," Morgester says.

Abusive texting
Psychologist Jill Murray, the author of "Destructive Relationships" and "But He Never Hit Me: The Devastating Cost of Non-Physical Abuse to Girls and Women," counsels teens who are often the victims of stalking and emotional abuse via text messaging http://www.ghanacelebrities.com/# .

"If it's a guy doing the abuse, the girl must keep her cell phone on all the time — all day, all night," Murray said. "Parents don't see their daughter every minute checking her cell phone, they have no idea it's going on. The text messages http://www.ghanacelebrities.com/# might be: 'Where are you?' at 2:30 in the morning on a school night. It might happen during school when kids aren't supposed to have their cell phones on, with a message like 'I saw you looking at him; you're really going to get it now.'

Abusers — girls as well as boys — Murray says, "use text messaging to constantly accuse, constantly ridicule, constantly make their partner feel insecure or afraid," or make themselves "sound pathetic, as in 'I really need you, I have to talk to you right now.' "

That kind of abusive text messaging often happens between midnight and 5 a.m.

Why those hours? "Parents are sleeping, so kids feel like their lives are their own for those hours," she says. "And texting is quiet. And abusers always seem to have a 'crisis' in the middle of the night.

Sexting: From 'love' to punishment
Murray is among those working with MTV to educate teens and young adults about "digital abuse," from cyberbullying to sexting to stalking.

MTV has created a site, A Thin Line http://www.athinline.org/ , where information and support is available.

Sexting — sending sexually suggestive photos or videos via cell phone — is a serious problem, especially when photos wind up in the wrong hands after being sent from one person to another via phone, sometimes ending up on the Internet.

A recent MTV-Associated Press study found that 50 percent of 14 - 24-year-olds say they have been the target of some form of digital abuse, and 30 percent have sent or received nude photos of other young people on their cell phones or online.

Thirty percent of 17-year-olds who have cell phones say they have received sexting messages, according to a recent report http://www.pewinternet.org/Reports/2009/Teens-and-Sexting.aspx from the Pew Internet & American Life Project.

Sometimes the reason for sending suggestive photos is "romantic," in some teens' eyes, to capture the interest of potential boyfriend or girlfriend. Sometimes, the Pew report said, teens view sexting "as a safer alternative to real-life sexual activity." Peer pressure is another factor.

"Sometimes people will get into fights with their (exes), and so they will send the nudes as blackmail," said one high school-aged girl in the Pew report.

"Kids really have no boundaries these days, especially with their technology," Murray said. "It's not at all unusual for a girlfriend or boyfriend to take their partner's cell phone and start looking at all their text messages."

Lee Rainie, director of the Pew Internet and American Life Project, said it is not uncommon for teens in a relationship to share their passwords to social networking sites, like Facebook or MySpace, with their boyfriend or girlfriend.

'We do see some evidence that the sharing of password is a potential sign of trust building in a relationship, and once the relationship goes sour, that becomes a real heartache, as a way to exact revenge,' he says.

However, he says, 'We asked teenagers awhile ago, 'When do you feel most threatened?' It's not online, it's when they're walking down the street, past a gaggle of teens saying nasty things about them, sometimes even becoming more menacing than what they experience online. That is not pleasant, but it was not nearly as threatening to them as the menace that they sometimes felt out on the street.

While people haven't changed much over the ages, the way we communicate has, says Morgester. 'For many under the age of 30, they don't talk to people anymore; almost all their communication is going to be via text messaging or Facebook,' or other social networking sites online.

'And of course, the ugly side of relationships is if you're doing everything by texting or by Facebook, two things could happen: One, somebody impersonates you to cause you problems, but two, we are now preserving, for better or worse, some of our most personal communications, and you're sending it to somebody who you trust, who you believe you love, and oftentimes, when relationships goes bad, those communications are now available for public consumption.'