3 Medical Conditions That Can Cause Undesirable Weight Loss 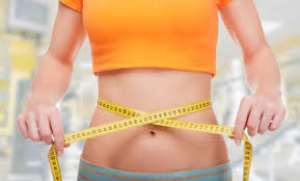 An underweight person is a person whose body weight is considered too low to be healthy. The American Dietetic Association (ADA) defines the ideal body mass index (BMI) as between 20 and 25. Thus, anyone below that range would be considered underweight and those with a BMI from 18.5 to 17.5 extremely underweight. There are a few medical conditions that can cause undesirable weight loss, including:

Certain diseases can make somebody turn out to be extremely underweight. This includes parasites, tuberculosis and HIV/AIDS. Extremely underweight people may have poor physical stamina and a frail immune system, leaving them open to infection. Individuals who are malnutrition underweight raise uncommon worries, as gross caloric admission might be lacking such as the intake and retention of other fundamental supplements, particularly basic amino acids and micro-nutrients, for example, nutrients and minerals.

This is a serious mental disorder. Anorexia likely comes to mind when considering underweight, but excessive stress may not. However, numerous individuals under pressure experience weight reduction because of the lack of appetite. Stress or pressure is derived from the fear of becoming fat. There are people who are obsessed about their body composure and deliberately starve themselves for fear of getting fat. This psychological issue can make one be underweight.

Having uncontrolled diabetes (for the most part type 1) can prompt extreme weight loss. In individuals with diabetes, deficient insulin keeps the body from getting glucose from the blood into the body's cells to use as vitality. At the point when this happens, the body begins burning fat and muscle for energy, causing a decrease in general body weight.

Credit: with files from www.healthline.com