Parents Booth: What Happens To Parents Sexual Relationship After Childbirth? 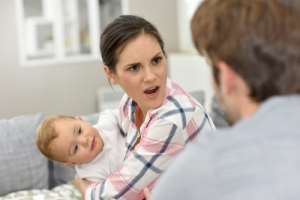 Children are getting an unfair share of the blame for their parents' distress. Infants are getting a great deal of terrible press nowadays as they are presumably responsible for parents’ separation, and the disappearance of love. Husbands and wives don't know how to tell anyone when things start to feel shaky in their marriage, especially with the arrival of the baby.

Couples have communicated significant feelings of trepidation coming from lasting changes in this part of their relationship. Their feelings of fear have additionally been fueled by the way that a few couples don't seem to face the hardship frequently connected with the infant’s arrival, driving possibly to division and separation. The change to parenthood is distressing notwithstanding for well-working couples. Both partners need to make significant alterations of time and energy as they sleep less and have fewer opportunities to be together as a couple.

Many women and men fear the resumption of sexual because of the pain associated with the entry of the penis into the vagina. This fear might be mitigated by using perennial massage both to test the area and to soften the tissue that may have been cut and/or torn (Polomeno, 1995). Once the area is ready, sexual intercourse may be resumed with less pain and fear. "The assumption is that the pain is from the trauma of delivery, which it definitely can be, but it also has to do with low levels of estrogen that affect the elasticity of the vaginal tissues," says Rebecca Booth, M.D., a Louisville, Kentucky, gynecologist, and author of The Venus Week.

Dr. Gettler, an anthropologist at Northwestern University, conducted research by studying more than 400 men in the Philippines. He tested their level of testosterone when they were single aged 21 and then retested them at 26 when they had turned out to be new dads. Already, little investigations have recommended that testosterone may drop in parenthood however, this is the main huge examination that has quantified the impact as well as recording that levels of sex also fall. The researchers state they are indistinct why parenthood would make couples have less sex having controlled for elements which could impact intimacy, for example, an infant asleep in its crib and the parents close by taking a hard nap after trying to put the baby to sleep.

Previous studies have shown that men with higher testosterone are more likely to have marital problems and to be divorced. This is due to various reasons. Dr. Gettler, in addition, suggests that the fall in testosterone is linked to a fall in libido although it may be possible that women find their new partner less attractive because of the hormonal change. With women, even after hormone levels have returned to normal, most women still report their sex drive is lower than before pregnancy because of emotional issues. Many women feel tired, take time to acclimate to the new mother job. Some other women also report that they experience dissatisfaction with their relationship. These emotions by and large reduce women’s libido.

Men, on the other hand, have a similar experience. Men’s libido may likewise change after their partner has given birth. Some men experience low libido as a for fear of causing pain to their partner or some uneasiness having sex due to the arrival of a third member of the family. Contrarily, it may not always be in the case as some men libido increases, this could be as a result of physical changes in their partner's body which gives them a whole new attraction spike.