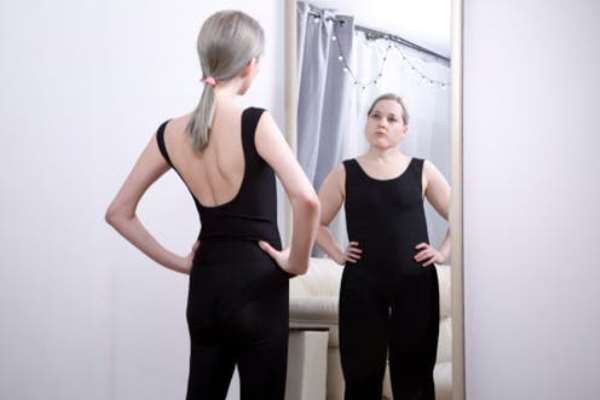 Have you ever been prodded of being overweight, which influences you to grow low self-esteem? In school, we find lots of students tease obese women and call them fat. They go back home and spend hours by the mirror wondering why they haven’t had a proposal in months… “it could be because I’m fat”. That’s where low self-esteem starts to build up. Good health is an added advantage to life, provided you are particular about what you eat, drink and how you maintain vitality. The proper reception for food and exercise is to some degree abstract, physical ability, and personal taste and social preference.

Heard of Anorexia Nervosa?
One particular imbalance of an eating disorder is Anorexia, which can be termed as a punishing exercise regime. Anorexia Nervosa is a mental ailment that is fixated on the dread of putting on weight. More like the fear of gaining on weight. This usually is seen with women who want to be accepted in the society. Anorexics (people who have Anorexia Nervosa) usually starve their bodies. This might either be a short term issue or a long term illness.

Many women and girls feel that the best way to be appealing is to surpass being slender. Women's activist researchers have examined the onerous nature of advertisements and media representation that bombards women and girls with an idea of beauty defined as thin, lean, tall, young, and heterosexual with flawless skin and well-groomed hair (Bordo 1993, Wolf 1991 etc). This excellence standard is sponsored by a multi-billion dollar beauty industry that sees ladies’ bodies as a series of problems in need of correction. Some psychologists believe that women or girls suffering from this disease may have trouble establishing an identity separate from that of their parents (Kirk & Okazawa-Rey, 2010)

People with this mental illness often have bizarre rituals concerning the food they eat and the most striking side effect of this, is an extreme weight loss. The person with Anorexia typically eats little or nothing and as a result, may loss lose weight from 15 to 30%. Most at times, they stretch their meal time over several long hours and when they finally get something to eat; they play with their food instead of taking it in. This attitude may cause ulcers after a long period of this habit. This is, however, unhealthy as the body needs food to function properly- Mrs. Kodie

An individual with Anorexia Nervosa has an impossible perspective of her body. Notwithstanding, when she is exceptionally thin, she may demand that she is overweight. Moreover, anorexics exercise exorbitantly just to have that slender body. Anorexics much of the time react to any slight put on in weight, despite the fact that they keep on feeling hungry, they reliably deny their appetite.

Women and ladies must learn to appreciate first of all, who they are before accepting their bodies. No one is to dictate to you on how you should look. I’m not saying being overweight is good, but that should not deter you from eating properly. Food is very important in body function. Its unfortunate people depend heavily on what the media portrays as modeling and beauty. Be yourself- Charlotte Kodie-Ghana Health Service

Ghana must not be caught pants down in future, let's find av...
27 minutes ago

Sputnik V saga: ‘Why should I be a subject of ridicule for b...
34 minutes ago