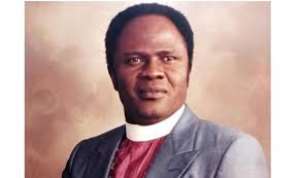 An early account of life Benson Andrew Idahosa prominently called Papa or Baba by his adherents was conceived on 11th September 1938 in Benin City, Nigeria. He was born as a sickly and rejected by his Father, John Idahosa. His mom, Sarah Idahosa raised him as a solitary parent. He battled through education since he was exceptionally poor until the point when he dropped out of secondary school and began to work at Bata Shoe Company.

In 1957, he became a Christian in Assemblies of God Church, Benin. He later got baptized and with his Head's (Pastor Okpo), he began to propagate the Gospel starting with one town then onto the next. He composed outdoors meeting to study the Bible, which was typically done at night after work. He started to do miracles which spread all through the neighboring towns and past. In 1971, he built up his own Church and was appointed into Ministry.

Educational background and life in ministry In 1971: he earned a diploma in Divinity from Christ For the Nations Institute in Dallas, Texas. He returned home in 1972 to spread the Good News to all men. Together with his group, he sorted out his first Gospel meeting at Ogbe Stadium in Benin which pulled in 10,000 individuals all through the nation. In 1981: he earned a Doctorate of Divinity from the Word of Faith College in New Orleans and was appointed as the main Pentecostal Bishop in Nigeria by David Du Plesis and two different religious administrators. In 1984: he earned Doctorate in Law at the Oral Roberts University. He was the founding president of Pentecostal Fellowship of Nigeria. He was a member from the school of Bishops of the International Communion of Christian Churches.

Marriage Benson was 35 when he married Margaret Idahosa from a Royal lineage of the Benin Kingdom on June 4, 1969. They had four children and they were; Feb, Ruth, Daisy, and Freda

His contributions to man and society Idahosa began Gospel Campaigns which spread everywhere throughout the nation as he built an ever-increasing number of houses of worship to win spirits to Christ. He spearheaded the foundation of more than 5,000 places of worship in Nigeria, Africa. Because of his past experience as a poor man, he offered grants to poor people, fed people and turned into the voice to the voiceless to the Nigerian Government. He has visited and lectured in more than 125 services and took the Gospel to 143 countries, including Britain, Sweden, Switzerland, Mexico, Australia, and Kenya.

He propelled Idahosa World Outreach Television Ministry (IWO TV) which has been communicating to more than 50 million people around the nation. He spearheaded a TV service "Redemption Hour" which made him turn into the primary TV evangelist in Africa.

He built up the All Nations For Christ Bible Institute (1968) in Benin which trained people like Archbishop Nicolas Duncan Williams of Christ Action Faith Ministry, Bishop Charles Agyin-Asare of Perez Dome , Bishop James Saah, Rev. Christiana Doe Tetteh of Solid Rock Chapel International, and numerous others. A significant number of Today's Nigerian Pentecostal Ministers can trace their roots directly or indirectly to Idahosa like David Oyedepo, Bishop Mike Okonkwo, Bishop Francis Wale Oke and numerous others. He was a man affirmed by God through signs and wonders. He was likewise used by God to raise 28 people from the dead and healed the sick.

He also built and set up elementary schools; Word of Faith Group of Schools in 1978, a college which was named after himself, Benson Idahosa University (1994) and he additionally established an emergency clinic, that is, the Faith Mediplex Hospital ( 1989) in Abuja.

Demise He passed on at 59 years old in March 1998 in his sleep after a lunch meeting with a group from the Oral Roberts University in Benin Nigeria.