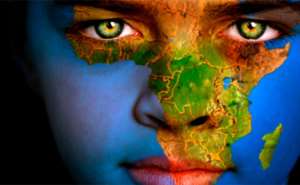 The discussion on culture and development as it concerns Africa can be extensively isolated into two camps. On one side are the individuals who see the African culture itself as an obstacle to development, while alternate see the visually impaired users of policies as the culprit. A citation from Ali Mazrui (in Kiltgaard, 1994: 80) would suffice in positioning the argument of this group: He calls African cultures ‘cultures of nostalgia rather than of anticipation’, ‘cultures that are impressive when judged by standards of charity and solidarity’, cultures where ‘productivity and effectiveness are less than optimal’. Even more, Mazrui (1994: 129) recommends that the discussion on development ought to be refocused to put accentuation, not on either political or economic liberation but rather on cultural development.

Mazrui (1994) suggests that we have to move to a third sphere on account of Africa: the sphere of culture. He calls this ‘actually pursuing cultural development as a foundation of other forms of development – long-term policies of cultural integration, for example, the fostering of a common language, the imperative of language policy”. For example, with reference to Russian encounters of countries that chose to transform the economy before liberalization, the political sphere, countries like South Korea, and the ‘Asian Tigers’, the Southeast Asian countries (we may likewise add china to the rundown).

On the opposite side are researchers who trust that development policies must be adjusted to African culture. A case of this contention is Claude Ake's statement (in Kiltgaard 1994: 81) that “… building on the indigenous is the necessary condition for self-reliant development to which there’s no alternative”.

Mazrui writes when he calls African culture nostalgia, something that calls to mind Asante’s attack on Appiah (Asante, 2005). The facts confirm that it would smack of racism for anybody apart from an African to talk in those terms about the African culture.

Furthermore, he proceeds to expand along these lines: “we build on the indigenous by making it determine the form and the content of development strategy, by ensuring that developmental changes come to terms with them that it can become sustainable”.

In settling this problem, Homi Bhabha has proposed the idea of the crossbreed; this is the idea that cultural contact doesn't prompt the demolitioning of one and the triumph of the other.

For researchers of this stripe the culprit isn't culture, “but the blind application of policies to cultures that may be hostile to them”.