Heart failure – What you should know about this heart disease

By Christiana Asante, for Mid-Week Plus 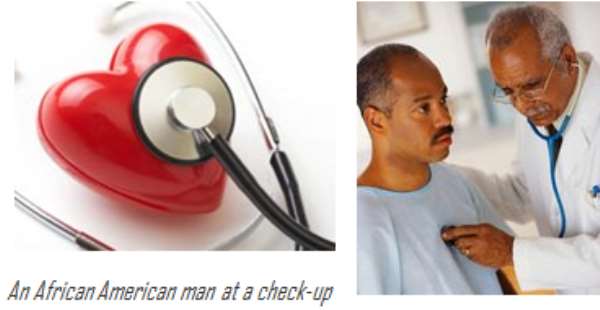 Remember the story of the schoolteacher who, back in March 2009, was charged with the murder of his 14-year-old female pupil, Victoria Ampofo, after the latter suddenly died while allegedly being disciplined for lateness? Well, the autopsy report later revealed that the child actually suffered from a “simple” type of congenital heart defect, which means she did not decease as a result of the “two [supposed] strokes of the cane” she received from her teacher, but rather due to a heart problem. “The report attributed the cause of death to heart failure,” The Ghanaian Times wrote. Victoria had an abnormal heart structure, and this defect was actually present since her birth.

“But what is a heart failure anyway?” one can be prompted to ask in the first instance. Have you ever experienced one before? Do you know of any person close to you who has been diagnosed with this heart problem? In any case, you may be interested in knowing the signs and symptoms of a heart failure, its causes, the people who are most at risk, and logically some of the best treatments and preventive health care for the disease.

One first thing you should be aware of is that the terms 'heart failure' and 'heart attack' are not to be muddled up. A heart attack – also technically called 'myocardial infarction' – can cause the death of its victims, as it is a sudden, painful, and very serious cardiac interruption that entails a permanent damage to the heart muscle. In contrast, cardiologists have established that heart failure (HF or cardiac failure) is specifically the final stage in virtually any type of heart disease.

The occurrence of a heart failure strongly demonstrates the existence of some sort of structural or functional cardiac defects in certain people, although it does not mean the heart of any affected person has either stopped or that it is poised to stop working instantaneously. In essence, a person who suffers from heart failure actually undergoes a serious condition in which his or her heart stops functioning normally, following the weakening of the heart muscles, which is often caused by other cardiac-related diseases, such as a heart attack.

From a medical point of view, we can discern two types of heart failures. There are the “congestive heart failure” and the “high output cardiac failure.” In both cases, a victim's heart ceases to function properly either due to blood deficiency or to an excess of oxygen and nutrients respectively. This means that an individual can experience a sudden heart failure for two main reasons. The most common of these is that the person's heart is unable to pump sufficient blood throughout his or her body in order to meet the physical needs. This is what is termed the “congestive heart failure.” Conversely, Wikipedia rightly states that a heart failure may also occur “when the body's requirements for oxygen and nutrients are increased, and demand outstrips what the heart can provide.” In this instance, a person would suffer from what is called a “high output cardiac failure.”

Generally, heart failure affects the entire heart, that is both sides of it. But in some relatively rare cases, a patient can be diagnosed with a left or right side heart disorder, although it is worth stressing that left-sided heart failure most often causes right-sided heart failure. This, moreover, shows the degree to which the illness in question is progressive. In fact, any problem or injury affecting the heart can instantly provoke heart failure, which in turn can deteriorate over the years, or even months, if left untreated.

Coronary artery disease (a condition in which arteries in the heart are narrowed), hypertension (or high blood pressure), high cholesterol, rheumatic fever, obesity, anaemia, and diabetes constitute at present the primary causes of heart failure worldwide. Over time, these factors tend to progressively weaken the heart or leave it too stiff to the extent that the cardiovascular system looses the ability to function as efficiently as it should.

Doctors largely admit that the prevalence of heart failure in both men and women is equivalent, although a few variances have been observed between the two genders. Women tend to have more pronounced signs and symptoms than men do. In addition, they develop depression more commonly, survive much longer with the disease than the opposite gender, and usually contract heart failure later in life, after menopause.

Factual evidence also indicate that the incidence of heart failure increases with age and that depending on the cause, HF can indeed occur at any time in an individual's life. Yet, recent U.S. medical statistics suggest that African Americans, Native Americans, Hispanics, as well as recent immigrants from the former Soviet Republics, non-industrialized nations and Russia are commonly much more liable to suffer from heart failure, a circumstance apparently compounded by the substantive limited access to health care they face in America. The new information even indicates that depending on racial, ethnic, and genetic backgrounds, therapy for heart failure has different efficacies. The elements of heart failure in Caucasians and African Americans principally may also present dissimilarities. In developing States, approximately 2% of adults have reported suffering from heart failure and this percentage is multiplied by three or by five in the people over the age of 65, according to some official reports.

Many conditions leading to heart failure are still irreversible to date; so obviously, the best way to protect oneself from the disease is to control the risk factors and conditions leading to it; and one way to do so it to pay attention to the indicators of the ailment. Generally, symptoms and signs become more noticeable as the heart gradually weakens, following the reduction of its pumping ability.

A person may suffer from a chronic heart failure, in which case his/her condition would be ongoing. Thus, “acute heart failure” would only be employed in the event of a sudden start of the disease. In both cases, though, an individual is very likely to experience similar discomforts, like difficulty concentrating or decreased alertness, fatigue and weakness, lack of appetite and nausea, sudden weight gain from fluid retention, irregular or rapid heartbeat, reduced ability to exercise, as well as shortness of breath (dyspnea) when either lying down or making strenuous physical efforts. If you ever happen to notice these symptoms and others such as chest pain, persistent cough or wheezing with white or pink blood-tinged phlegm, swelling of the abdomen or even swelling (edema) in the legs, ankles and feet, you should remember to take precautions now rather than later.

Changing your lifestyle, exercising more often, reducing the salt in your diet, managing stress efficiently, treating depression, and particularly losing excess weight are the least things you can do that will surely go a long way in helping you extend the longevity of your life.

That said, though, you should never neglect to consult your physician, for you can establish whether indeed you have heart failure or not only after an emergency room visit. Apropos, remember that other heart and lung problems can present similar symptoms, so it is always worth having a diagnosis of your state of health before jumping to any premature conclusions.

Surely, aggravated symptoms ring a bell in each of us, especially when we are told by the American National Heart, Lung, and Blood Institute that each year, nearly half a million people die of HF in the U.S. alone. The thought of developing this fatal, disabling, and costly medical condition should therefore be too disheartening for you not to want to avoid the disease at all cost !

Source: By Christiana Asante, for Mid-Week Plus