Video Review: Pray The Devil Back To Hell trailer 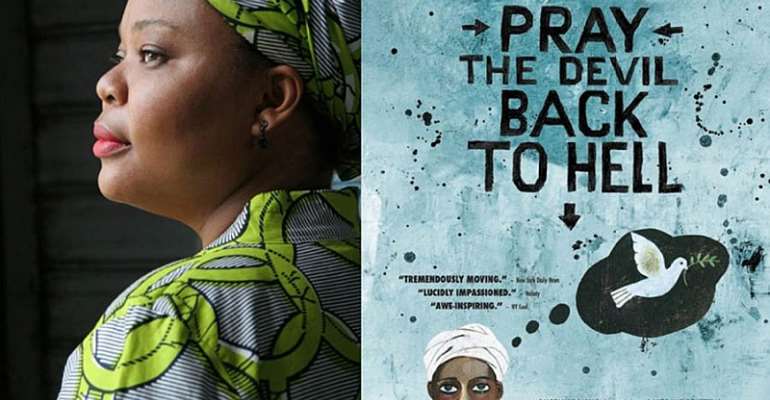 The authors and producer of this wonderful documentary “pray the devil back to hell” did a great job in creating awareness about Liberia and the role of women. War has been a dominant phenomenon which African countries have been challenged with. The effects and results of war have always constantly left a scar on a country’s history and often times countries find it very difficult to rise again. The documentary “pray the devil to hell” is an exclusive video which threw more light on the effort and the roles women played in bringing and sustaining peace in Liberia. It confirmed my understanding of why the first African woman president was from Liberia.

There is indeed more to a woman than just limiting her to the kitchen. Women are the backbone of society and the Liberia woman significantly proved the worth of a woman.

Women are mostly considered as third givers, but prior to those women as watched from the video play an important role in ensuring the disappearance of war. Women in society are considered emotional and weak, but prior to the documentary women came down to appeal to their kids who were exposed to the frailty of war. Women appealed to their husbands to stop the war by going on a sex strike, thus making use of man’s weaknesses to get what they wanted. In society we hardly find both Muslims and Christian women coming together to work together to achieve a goal. Surprisingly, in Liberia, women saw the need for peace, they put aside all religious difference and came together, both Muslim and Christian women risk their very lives for peace. Women portrayed courage and self-independence in pushing forward their plight without the necessary use of arms. This showed how wise and intelligent women proved themselves. They had to put aside their livelihood, their pride for the sake of peace. In respect to the use of media, the local media support women in pushing forward their desires. Through the help of a woman, the media made noise about the existing association which won a membership.

Indeed crisis was resolved, thanks to women. They stood for the country. Other powerful countries stood and watch Liberia in ruins, but women stood for their values and hope in their country for a change. Men depended on arms which resulted in the loss of lives, but the soft spot of women to see the need for peace won the support of men.