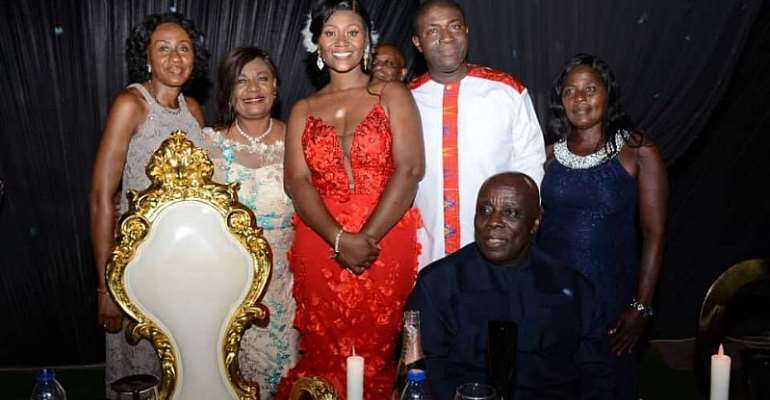 Former Member of Parliament for Okaikwei South Nana Akomea has revealed the intriguing love story of how he found his girlfriend, Eno Akua Kyeramaten, who he married last Friday in a private ceremony in Accra.

At a special reception last Saturday attended by President Nana Akufo-Addo and his vice Dr. Mahamudu Bawumia, Nana Akomea who is the Managing Director of Intercity STC said her wife was a teenager when she fell in love with him over a decade ago.

“She was already in love with me when she was a teenager,” Nana Akomea revealed to high profile guests of politicians and businessmen at the reception held to crown the two-day marriage.

Nana Akomea who described the day he met his wife as “a meeting of loves,” revealed her wife confessed to him later that “she actually has had a crush on me since she was 14 years”.

That was not all, the 57-year-old man also revealed: “I fell in love with her at first sight” 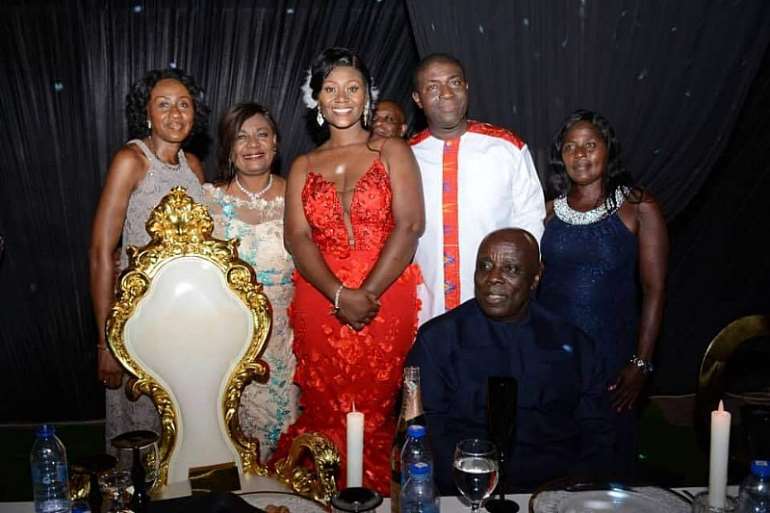 The couple in a group photo with Okyenhene Ofori Panin

The couple in a group photo with Okyenhene Ofori Panin

He said after dating Eno kyerematen for years, there was nothing more for them to have done than to legitimize their relationship last Friday, saying “what more do you want but to tie the knot”

Last Friday’s traditional marriage at Achimota was attended by family and few close friends but Saturday’s reception was a grand event for colleague politicians , government officials and businessmen among other people. 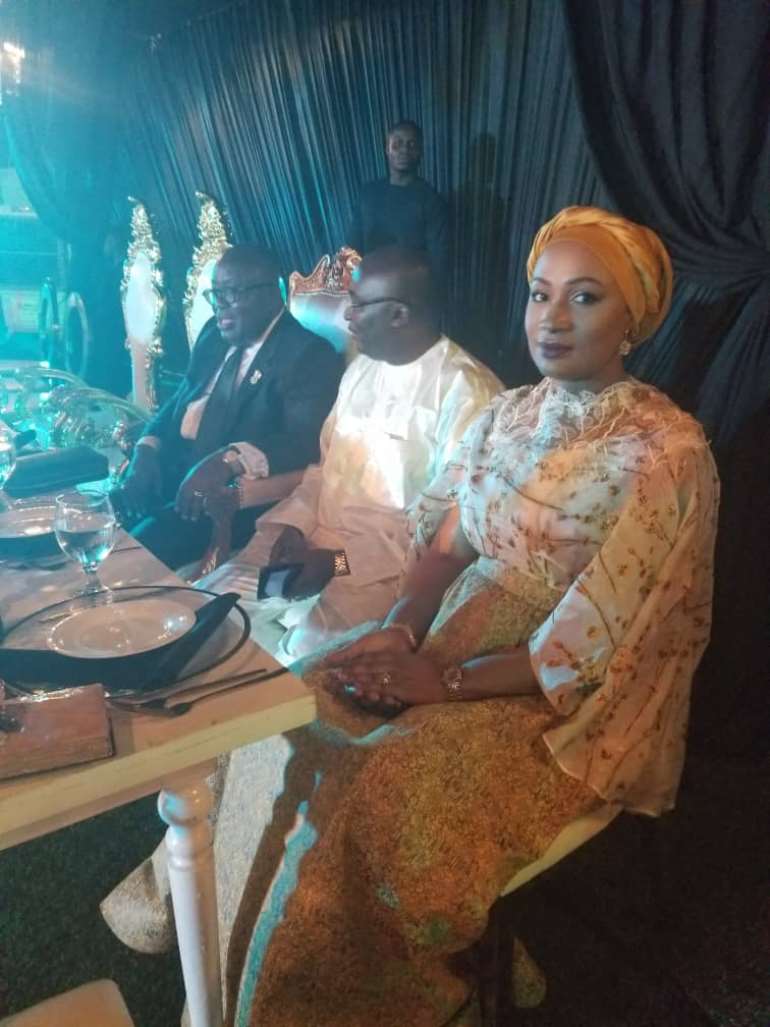 The event held at the Marivelle Estates at Spintex was attended by the President, the Vice President and his wife and the Okyenhene, Osagyefo Amoatia Ofori Panin. 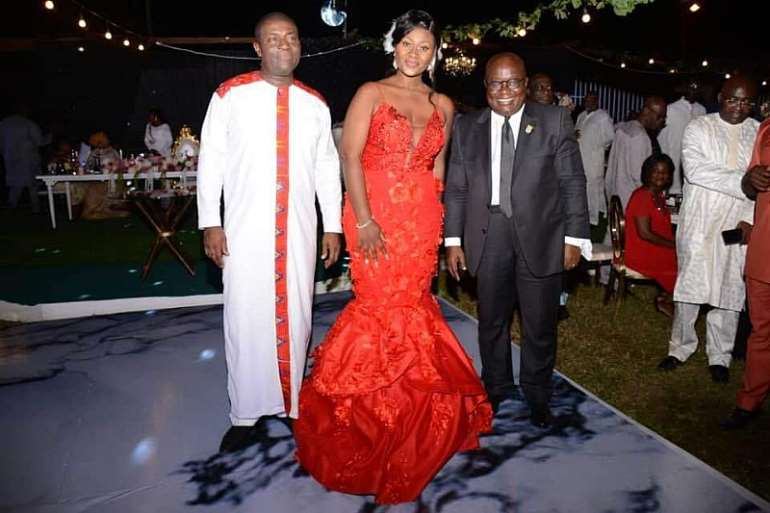 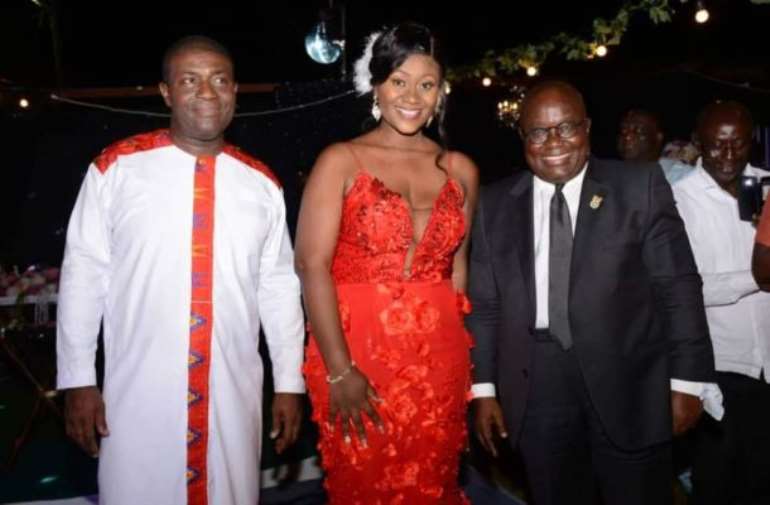 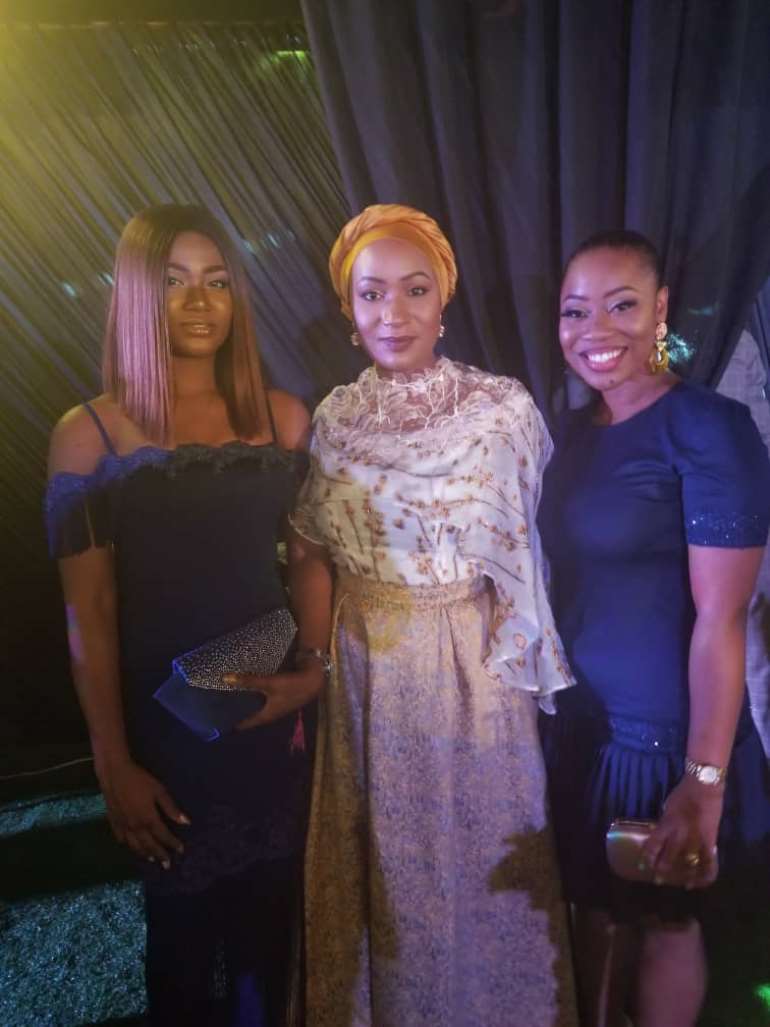 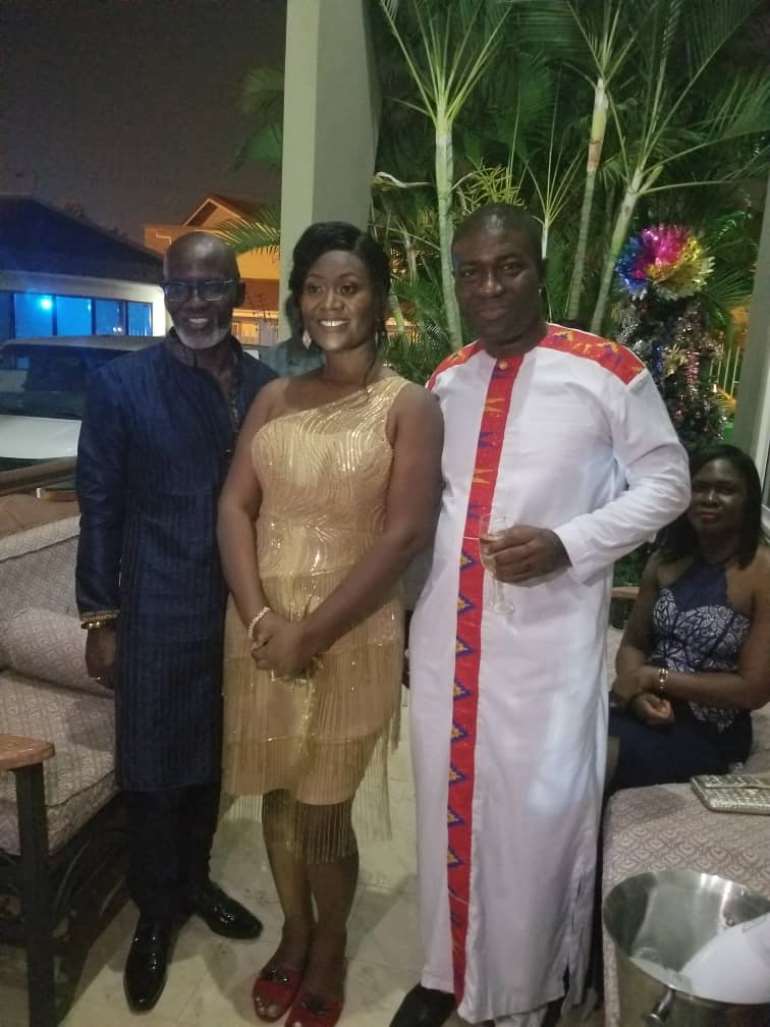 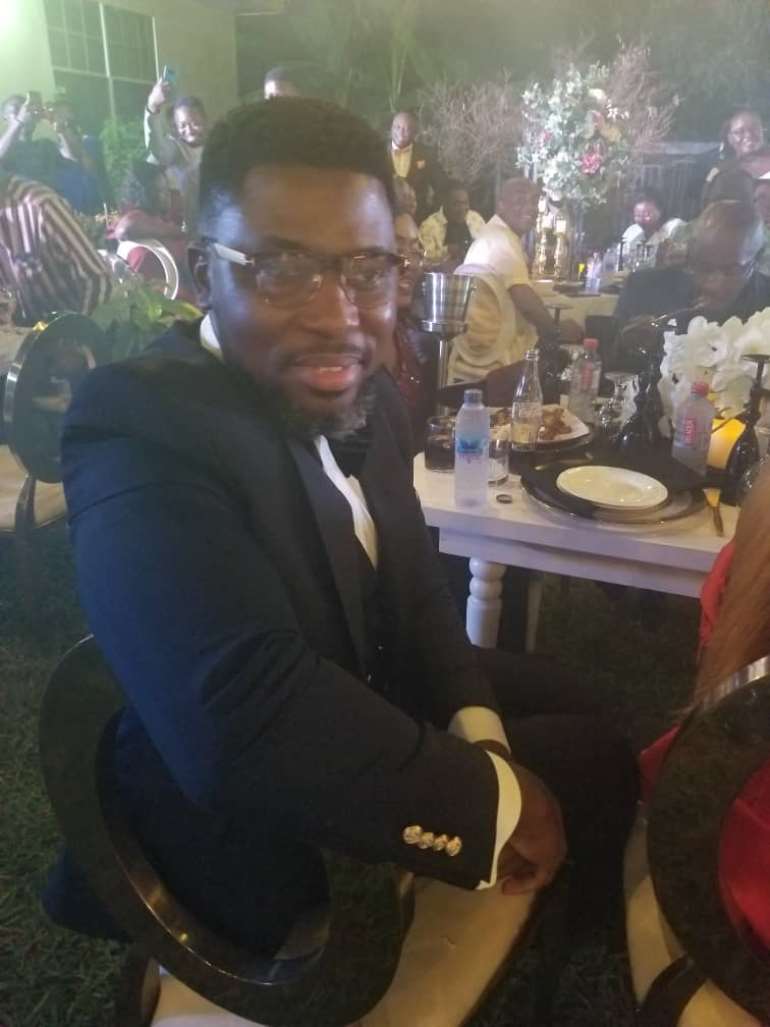