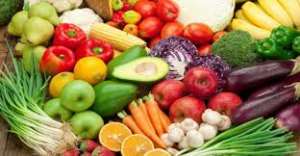 The team also found that high levels of fruit and vegetable consumption near the start of the study period was linked to a lower chance of having a poor SCF score some 20 years later.

Whether or not the men kept eating lots of fruits and vegetables — up to 6 years before taking the SCF test — had no effect on the link.

The link does not prove cause and effect
Due to its design, the study cannot conclude that consuming lots of fruits, vegetables, and orange juice actually reduces the chances of developing memory loss.

The results do, however — by revealing the links between the two, particularly over a long period of time — support the idea that eating lots of fruit and vegetables helps avert memory decline.

The authors argue that the fact that the men did not undergo tests of memory and thinking ability at the start of the study in order to assess decline over the whole period is not necessarily a big weakness.

All the men were or had been in professions that involved years of training requiring a high level of cognitive competence, such as dentistry, optometry, and veterinary.

They also note that because the study was confined to men in these groups, the findings do not necessarily apply to all men or women.

"One of the most important factors in this study is that we were able to research and track such a large group of men over a 20-year period of time, allowing for very telling results.

Latest Photo Reports
Catch up with all the political quotes from our politicians.
Advertise here
More Men Health
ModernGhana Links
Erectile dysfunction (impotence) is the inability to get and keep an erection firm enough for sex
Male Infertility And How To Overcome It
Introducing Vitide For Maximising Prostrate Health
Impotence: Saving Your Sex Life
When His Penis Is Too BIGG… Then What?
Awareness Creation: Breast Cancer In Men
Myth In Circulations About Men And Sex
What Men Must Avoid With Regards To Their Penis
Foods To Jumpstart An Increased Sperm Count
TOP STORIES