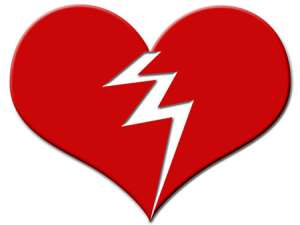 What begins as a promising relationship of great joy and hope can turn-around and become the most frustrating and painful endeavour in one's lifetime which often leads to separation. Regrettably, divorce has assumed a global dimension of great worry. In some lands, divorce rates is said to have skyrocketed and have even become an acceptable way of life to ease matrimonial troubles.

According to Barbara Dafoe Whitehead in her book The Divorce Culture, she canvassed that divorce rate have accelerated at a dazzling pace since after 1960. And has doubled in roughly a decade and continued its upward climb until the early 1980s, when it stabilized at the highest level among advanced Western societies. As a consequence of this sharp and sustained rise, divorce moved from the margins to the mainstream of America life in the space of three decades. Yet, matrimonial problems have continued unabated.

This phenomenon used to be alien to the black race of pride, but has become a recurring decimal that is threatening and shattering many homes across the African continent as a direct overshoot of the western culture.

Investigative research has shown that divorce does not always put a permanent cure to matrimonial intolerance. It often merely exchange one set of life's anxieties for another. In the true sense of the word, no marriage is perfect. It could suddenly turn fragile and its collapse seems imminent. Hence, in James 1:19-20, the Holy Bible teaches that "...let every man be quick to hear, slow to speak, and slow to anger; for the anger of man does not achieve the righteousness of God."

Marriage is a matured union of two adults. It is ordained from Heaven. It is naturally sweet and pleasurable. The Holy book counseled that he who finds a wife finds a good thing. Yet, marriage has been described as the most risky undertaking routinely embarked upon by a large mass of the society.

As matured adults, we must give room for some flexibility to accommodate the short-falls of one another and should not limit the glory of the marriage to merely satisfying sexual pleasures and material gains. Marriage is meek and gentle. It is all about compatibility and adaptability.

Many marriages of today are in a bitter experience. Often and on, legally or informally, couples seek divorce as a last resort to ending matrimonial upheavals, even as marriages are formed by each passing moment. The Holy Bible chronicled that my people perish for lack of knowledge.

Be not deceived, matrimonial squabbles abound in any relationship. But it should not be allowed to last longer than necessary. If we allow the troubles in our matrimony to prolong, it will grow and generate seeds of discords, and eventual separation.

In trying to examine this challenging issue, efforts were made to identify some key causes of matrimonial squabbles. Among them are SEXUAL INCOMPATIBILITY; LUST AND UNFAITHFULNESS; FREQUENT COMMUNICATION BREAKDOWN, CONSTANT ARGUMENT AND BITTER REMARKS, REBELLIOUSNESS; FINANCIAL CRISIS; EFFECTS OF PEER GROUPS AND OTHER EXTERNAL FACTORS; DIFFERENCE IN PRINCIPLES AND CULTURE, PHYSICAL ASSAULT, DRUGS AND ALCOHOL; AND SPIRITUAL PROBLEMS.

Most couples rush into early marriage without first ascertaining the compatibility and adaptability of the union. They will probably date each other for a while and claim to be in love and all knowing and then decide to get married without really thinking it through. Getting married is not an easy task, either is it an easy decision to take, and should not be taken lightly. Often, young couples who rush into marriage, rushes out when they find that living with their partner is not as easy as envisaged. Unfortunately, many marriages end in divorce when the two persons in the marriage can no longer live together anymore, and the union ends up separating.

But the turbulence in most homes could be to strengthen it, or take the matrimony to another level in life. The ability and capability to manage the crisis to an amicable resolution therefore distinguishes the men from the boys, and the women from the ladies. However, when trial comes, look unto the Lord, for it is not our portion that it should rock our marital boats in Jesus name. Amen.

As Jesus Christ is the head of the church so is the man the head of the home. It is a moral privilege and obligation for husbands to take charge while the wives abide by the orders.

To find a virtuous woman is the Lord's doing. She is a gift from God. The more religiously committed a woman is, the happier she becomes in life. She is least likely to be burdened by life's anxieties or the worthlessness of the world and may suffer less from headaches, stomach upsets and heart aches. Rather than dwell on past mistakes and nurture grudges and unforgiving spirit, her faith instead enhances her marriage and surmounts the problems to the shame of the devil and glory of the Lord.

Communication has been identified as a necessary and veritable tool in crisis management. It stimulates conversation, and not argumentation. It builds, and does not destroy. The dictionary defines talking as "to utter words", while to communicate means "to transmit thoughts". Problems don't just go away by merely wishing them away. Couples need to communicate through the problems with a view to putting an end to it permanently. Communication is very essential to identifying the problems, making a resolve, setting goals. In Proverbs 18:13, the Holy Bible recorded that "He who gives an answer before he hears, it is folly and shame to him".

One sure way to getting it right is to speak out the depth of our mind courageously but lovingly too and not nursing grudges against our partner. We should also avoid pointing fingers at our partner in the time of trouble, or deeply distressed sighing and moaning, or turning our back away, giving no attention to our mate. These rather unyielding habits could simply provoke the situation further and could be considered as signs of being unremorseful and unforgiving.

Even when we are angered, if our spouse reaches out for us, we must not pull our hands or body away, or show any unpalatable expressions, impressions or body language that may provoke the situation. Marriage is for better and for worse. Learn to attack the problem instead and not your lovable personality because TEMPER is the most dangerous human explosives known to man.

The moral of this piece is captured in 1 Peter 3:8-12. It said “…let all be harmonious, sympathetic, brotherly, kindhearted, and humble in spirit; not returning evil for evil, or insult for insult, but giving a blessing instead; for you were called for the very purpose that you might inherit a blessing. For 'let him who means to love life and to see good days refrain his tongue from evil and his lips from speaking guile. And let him turn away from evil and do good; let him speak peace and pursue it. For the eyes of the Lord are upon the righteous, and his ears attend to their prayer, but the face of the Lord is against those who do evil. Amen.

The heavenly throne views as treacherous and hateful the frivolous putting away of one's mate, perhaps with the motive of taking another spouse. At the same time, the Bible allows for divorce and re-marriage only on one ground of sexual relations outside the marriage – adultery. (Matthew 19:9).

Nevertheless, even if you have scriptural grounds for divorce, you would do well to give serious thought to what that step will entail. (1 Cor. 6:12). And while you must seek divorce as a last option, be sure to have exhausted the love you profess for one another come rain, come shine.

I have come to realize that two words can end any problem – AM SORRY! It works like magic. Learn to rehearse them always, even when it does not seem right to you. Say it always, even on minor issues because seeking divorce may not be the answer after all.