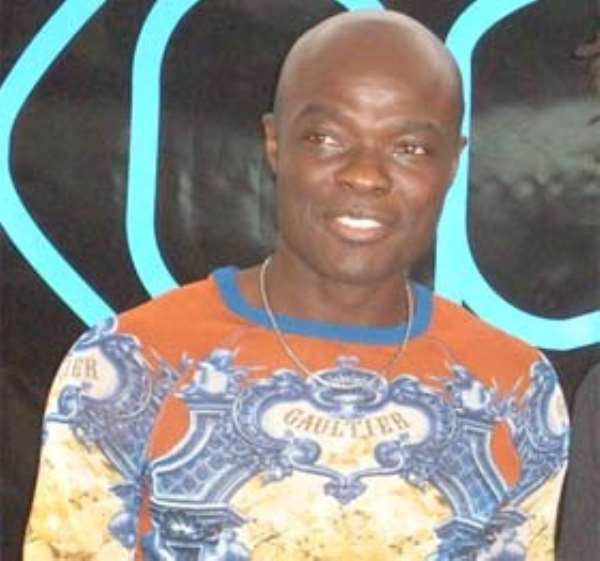 AFTER A long adjournment, the trial of Ibrahim Sima, an international model and the chief executive officer of Exopa Modeling Agency, has resumed at an Accra Fast Track High Court with the prosecution calling in one Anthony Smith, a Narcotic Control Board officer, as their first witness.

The officer, led by George Kojo Ofori, a state attorney, in his testimony informed the court that Sima, after his arrest, allegedly confided in officials of NACOB during interrogation that he had wanted to export four tubers of yam containing cocaine to the Germany because he was in need of money to pay some debt.

“We were about six to seven in the room. I talked to the suspect. He was nice to us and we were also nice to him. He said he was hard pressed for cash to pay debt and that one Salifu gave him the substance”, the NACOB official related.

According to him, Sima disclosed that Salifu gave the substance to him for a fee.

Narrating how the Exopa boss was nabbed, Mr. Smith disclosed that because an arrangement had been made by NACOB officials to monitor frequent travelers, for which Sima was one of the people targeted, when he arrived at the exit point where he was in charge at 8:40pm, his officials stopped and questioned the accused and later referred him to one of the check points.

The witness said Sima, during interrogations, told them he was travelling to Germany and also admitted that he could identify his luggage. According to him, the Exopa boss identified a black bag as his at the terminal section of the airport.

The witness said he took the bag, and together with Sima they entered an office which had cameras and videos in it, and there he (witness) removed the contents of the bag one after the other in the presence of other officers.

The NACOB officer revealed that he saw four tubers of yam, suits, and personal belongings. After a closer examination of the tubers of yam he noticed that three out of the four had been cut at the head. He said he removed the head of the yam and found a whitish poly bag stuck in them.

He said he then picked up the fourth tuber of yam, and when he broke it he found a blue poly bag containing a whitish substance. After a field test was conducted on the substance, it proved positive for cocaine.

Later the witness said Sima took him and other officials to his residence at Tema community 10 where they collected from his kitchen more tubers of yam, glue and a knife before he was handed over to the investigators.

Mr. Smith tendered into evidence, pictures of the bag being searched.

In an answer to how they were able to identify frequent travelers during a cross-examination by James Agalga, the accused's counsel, Mr. Smith said the airport has a flight manifestation and a database they use to check these things.

The case has been adjourned to February 1, 2009.
By Mary Anane