M-Net Face of Africa, Who Wears the Crown? 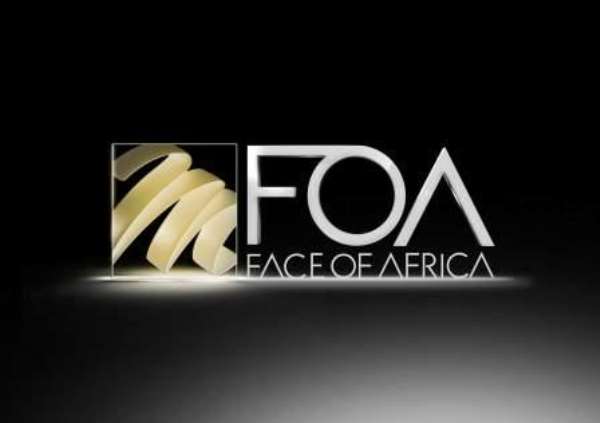 Come February 2010, the 10th edition of the M- Face of Africa will hold in Nigeria, and the winner will smile home with $50,000, prize money. With the top 12 contestants on the edge of their seats and sweating off their palms, CHINYERE OKOYE writes on the long awaited grand finale

After a tough week of challenges, tasks and drama, the M-Net Face of Africa Boot Camp kicked off with 24 models from 16 countries. But after a week only 12 made it through to participate in the prestigious Swahili Fashion Week. Contestants who made it to the grand finale include 19-year-old Benedicta from Accra, Ghana.

A great lover of kenkey (a Ghanaian pastry) and fish to go with, her passion for listening to music and reading makes her distiny. Her favourite actress is Nigeria's Ini Edo, “because she plays any role given to her” and enjoys her facial expressions and attitude. She enjoys the culture and way of life in Africa and lists South Africa as her favourite place to visit.

Outside of the continent, her favourite place in the world is the USA – New York in particular – because it's a magnet for supermodels and designers. Her parents influenced her life most because they have always stood by her in times of trouble, advising, supporting and encouraging her all the time. If she weren't a model, she would like to be a journalist.

Blessing, fondly called BB by friends, is a 21-year-old model from Lagos, Nigeria. She lists her greatest influence as the inaugural Face of Africa winner and fellow Nigerian Oluchi Onweagba because “she never gave up”. Her favourite actors are Brad Pitt and Angelina Jolie and she loves the music of Keri Hilson. The pasta-loving Nigerian said the best thing about the Face of Africa model search is the modeling knowledge she has gained so far in the competition. Blessing relaxes by reading and enjoys watching soaps and movies.

For 22-year-old Diana, level four university student from Kakamega, Kenya, she is nicknamed “Simbaress.” Her home country is her favourite place in Africa because it is “peaceful, beautiful, exotic and friendly”. Her mom has influenced her life most and her role model is her father because he practices what he preaches.

“He says there are no short-cuts in life, we get what we deserve,” she says. Diana says the best thing about Face of Africa is the meeting of similarly-aged people from different countries and the modeling discipline the scouts and judges have instilled in the contestants. To relax, Diana listens to her iPod while dancing and singing along. She also enjoys knitting, braiding, driving and swimming.

Mozambican Ernania is an 18-year-old student from Maputo. She says the best things about Africa are the animals and the nature, while she also enjoys the beauty of Paris. Her family has always encouraged and told her she has a bright future ahead—something she is keen to embrace as part of the Face of Africa Top 12. If she weren't a model, she would be a doctor. Ernania loves to let her hair down by sleeping, listening to music and dancing. The best advice she ever received came from a friend: “Go forward because you can!”

Esperanca (Hope) is another contestant and hails from Luanda, Angola. Already working as a model, the 21-year-old enjoys eating pasta, reading books by Dr Phil and is a big fan of scary movies. Her favourite spot on the continent to visit is Zanzibar, because of its natural beauty. She lists her mother as her role model “because she always taught me to accept who I am – she inspires me in every way possible”.

If she weren't a model, she would channel her passion for fashion into becoming a fashion designer. A self-confessed soap opera fan, Esperanca advises aspiring models to enter Face of Africa “not only for the fame, exposure and money, but for the experience that they will carry for the rest of their lives.”

Tanzania's Lilian is a 21-year-old 'student-cum-model', currently studying towards a university degree. She loves reading romantic and fiction novels and her favourite food is rice and beans. She says the best thing about Africa is “the polite and courteous people” and she would love to visit Paris.

The achievement in her life she is most proud of is getting into university with good marks. Lilian loves basketball and tennis, listens to music and reads to relax. She is inspired by being able to do something worthwhile in the world and the best advice she ever received came from Face of Africa judge Jan Malan: “Never think of the past because you can't change it, never think of the future because you can't control it – live the best way you can in the present.”

Lukundo is a 22-year-old student from Kabwe, Zambia. Currently studying for a certificate in Business Administration, Lukundo is a movie aficionado who lists Van Helsing, The Matrix, Transformers, Harry Potter, Pirates of the Caribbean and 300 as her favourite films. She says the best thing about Africa is her “beautiful historic places and wildlife” and names Paris as her favourite place outside of the continent for its “beautiful ambience, food and perfumes”. Her sisters played a big role in her life because of their strength. If she weren't a model, Lukundo would love to be a photographer or an explorer.

Marvis is a 20-year-old model/student from Delta State, Nigeria. She enjoys combination of beans and chips, while she likes watching and Don't Forget The Lyrics on television. Her favourite actress is fellow Nigerian Stephanie Ekereke and she lists another Nigerian, Face of Africa winner Oluchi Onweagba as her role model. She is most proud of reaching the semi-finals of Face of Africa because she has learnt more than she ever thought possible during the competition so far.

Nardos is a 19-year-old student from Ethiopia. Her favourite musician is Beyonce Knowles and her favourite movie is The Matrix. Inspired by her family and friends, Nardos loves traveling during the Face of Africa competition. If she weren't a model, she would love to be an engineer.

Zimbabwean Roseanna from Harare loves pizza and Toblerone and lists her favourite books as “Pride and Prejudice” and “Things Fall Apart”. Her first-ever sighting of the sea during Face of Africa Boot Camp instantly made Mombasa's beach her favourite place in Africa. To Roseanna, the best thing about Africa is that “we are all so different and diverse but we can come together like old friends”. She says the best thing about Face of Africa is the fact that she gets to travel and see beautiful places she never even knew existed. “I also get to model on a more professional level, which is my dream,” she says. To relax, Roseanna listens to Kanye West and walks around her neighborhood to clear her mind.

South African finalist Thembi is 22-years-old and is currently studying electrical engineering. She loves chicken and seafood and her favourite book is “The Secret”. Her role model is Lerato Moloi because “she is a hard worker, a very calm person and she is also a lady and very respectful”. Thembi's life has been influenced most by her mother “because she taught me how to be strong and never give up – and she is very successful”. Thembi says the best thing about Face of Africa is learning about modeling and meeting different kinds of people like Josie Boraine.

For 23-year-old Tholakele from Harare, Zimbabwe and the oldest Face of Africa 2010 finalists, the music of Enrique, Ciara, Ashanti and Donnie McClurkin thrills her, while she enjoys animated movies. Her two favourites are Madagascar and The Lion King. Her favourite place in Africa is Zimbabwe and she says the best thing about Africa is that “it is beautiful, unique and has natural wonders”.

Biola Alabi, managing director of M-Net, said “M-Net Face of Africa is one of the best platforms for an African girl to realise her dream of becoming a supermodel. Face of Africa is in its tenth year and has produced great models like Oluchi Onweagba, the first winner of the show, Nombulelo Mazibuko, Benvida Mudenge, Ramatoulaye Dialo, Kaone Kario, Ventantia Otto, Kate Mensah, and a host of other past winners”.

Alabi explained that this year's competition offers opportunity for Africa to participate because this is one of the best platforms for an African girl to realise her dream of becoming a supermodel”. Also speaking at the event Joseph Hundah, managing director of MultiChoice Nigeria, said the company also ensures that resources, support, and guidance related to all youth development issues are available like crisis intervention, safety, attendance, and counseling, in addition to providing initiative that allow the girls work with other like minds.

M-Net Face of Africa is in its 10th year, and has produced great models, such as Oluchi Onweagba, the first winner of the show, Nombulelo Mazibuko, Benvida Mudenge, Ramatoulaye Dialo, Kaone Kario, Ventantia Otto and Kate Mensah amongst others.