What Causes A Missed Period And A Negative Pregnancy Test Result? 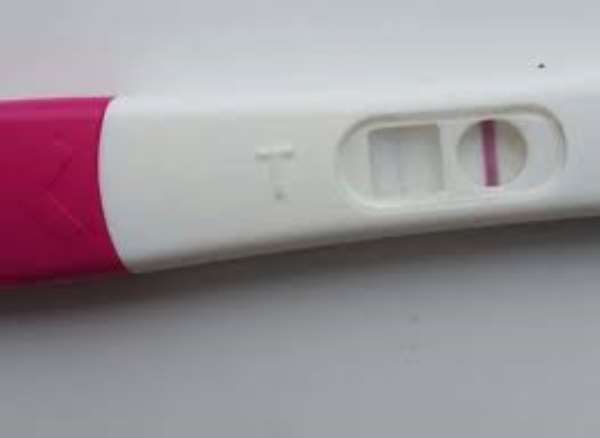 Do you feel sure that you're pregnant but ended up with one or more negative pregnancy test results and still no period? You're not alone—getting a negative test with a missed period is more common than you might think.

While home pregnancy tests have improved over the years and are an extremely accurate predictor of pregnancy, there have still been many instances of a test giving a false negativeresult.

How Home Pregnancy Tests Work
At-home pregnancy tests work by testing a small sample of urine for hCG—human chorionic gonadotrophin. hCG is the pregnancy hormone that is produced by the developing embryo and, later, by part of the placenta.

Measuring the hCG via home pregnancy tests is qualitative, which explains why the results are a plain ‘yes’/‘no’ or ‘negative’/‘positive’.

Most Common Reasons for a Late Period and Negative Pregnancy Test

Dr. Stuart Spitalnic from Brown University asserts that "taking the test too early and not being pregnant are the main reasons for a negative test." If you take the test too early, then your hCG (human chorionic gonadotrophin) hormone levels are too low for the test to detect. Missing your period could mean that you ovulated later than usual. Wait two weeks after your period is missed, and take the test again for an accurate result.

"A very dilute urine (over-hydrating to "study" for the test) is another cause," says Dr. Spitalnic. Don't drink too much water before taking the test. For best results, test the first pee in the morning.

What Causes a Late Period or No Period and a Negative Pregnancy Test?

1. You Are Pregnant, but You Took the Test Too Early

Pregnancy tests work by detecting the pregnancy hormone hCG. If you are pretty sure you are pregnant because you've been experiencing some early pregnancy symptoms but have a negative test result, one of the most common reasons is that you have taken the pregnancy test too early, and your body has not produced enough hCG hormone for the test to detect it. hCG can be detected in the urine only at a minimum of two weeks after conception occurs. For a 99% accurate test result, the test needs to detect at least 25 milli-international units per milliliter (mIU/mL). In the first two weeks of pregnancy, only about 10 mlU/ml of hCG is present.

So, to get a reliable test result, wait two weeks after your period is missed. By this time, your body will be creating plenty of hCG, and your home pregnancy test will be far more accurate.

2. You Are Pregnant, but the Test Is Faulty
The test may have expired, or it may have been stored improperly (e.g. in a wet bathroom cabinet). Buy a new test, and try again to make sure the results are accurate.

3. You Are Pregnant, but You Have Irregular Periods and Late Ovulation

If you have irregular menstrual cycles, then having a negative test but no period might mean that your ovulation was simply late this month. This will ultimately delay the implantation date, which might have caused you to miscount the number of days when you can finally take the test. This is why it's advisable to test a week or two after the day you were expecting your period. If you conceived late in the month, your hCG levels could very well be lower than the pregnancy test can detect, therefore resulting in a false negative.

Your menstrual cycle can be divided into two phases: the follicular phase, which begins on the first day of your period and ends when you ovulate, and the luteal phase, which begins after ovulation and ends when your next period starts. The luteal phase usually lasts 11-13 days and doesn't vary much, but the follicular phase could be affected by physical or mental changes, such as exercise, stress, diet, etc.

A negative test and no period could just mean that your period is late because your ovulation started later. Women with irregular periods have a longer window for ovulation, and thus, are particularly prone to miscounting and even having skipped periods. If you keep getting a negative test but still have no period, then you should consult with your doctor. Major changes in your cycle can be symptoms of other conditions, including but not limited to pregnancy.

4. You Are Pregnant, but You Are Too Far Along in Your Pregnancy

Dr. Ann Gronowski, professor of pathology and immunology at Washington University School of Medicine in St. Louis calls this the "variant hook effect." She explains that part of the problem is that "hCG comes in many different isoforms, and after five weeks of pregnancy, you get much more of one variant form (called the beta core fragment) than you get of the hCG intact molecule." In other words, at-home pregnancy tests are intended to detect early molecular forms of hCG. After five weeks of pregnancy, the hCG's molecular structure changes and that structure is unable to be detected as effectively, sometimes resulting in a false negative. This is when a serum test (done through blood work) would be your best option for accuracy.

5. You Are Pregnant With Twins or Triplets
Carrying two or more babies causes a woman to produce very high levels of hCG and at-home pregnancy tests may not be able to detect it because there's actually too much. This is known as the "high-dose hook effect."

Dr. Gronowski explains that hCG tests work by forming a "sandwich" with two antibodies as the "bread" and the hCG molecule as the "meat." When the hCG concentration is too high, it saturates both antibodies, and there are so many molecules that the antibodies can't form a sandwich, resulting in a negative pregnancy result. Some women report positive results after diluting their urine with water, however, a blood test at the doctor's office is a better option for accuracy.

6. You Have an Ectopic Pregnancy That Delays the Production of hGC

An ectopic pregnancy occurs when the fertilized egg implants itself somewhere other than the uterus (usually in the fallopian tube), which delays the production of hCG hormones and causes severe pain in the lower abdomen or to one side. This condition is rare and occurs in only 1 out of 40 pregnancies, but it is very dangerous and must be diagnosed early to prevent life-threatening consequences for the woman.

7. You Are Pregnant, but You Have Gestational Trophoblastic Disease (GTD)

This is extremely rare. Gestational trophoblastic disease occurs when tumors form in the layer of cells called the trophoblast that normally surrounds an embryo. The most common form of GTD is called the hydatidiform mole, also known as a molar pregnancy. These tumors are rarely cancerous, but the pregnancy usually ends in miscarriage because the embryo cannot form. Very rarely can a healthy baby emerge from a GTD pregnancy.

8. You Are Not Pregnant, and Your Period Is Late for Other Reasons

There are several other medical conditions that can result in a negative pregnancy test and no period, which is why it's always wise to see your doctor if this occurs. Some conditions that may cause your periods to stop unexpectedly are ovarian cysts, hyperthyroidism, polycystic ovarian disease, high follicle stimulating hormone (FSH), menopause, anorexia, secondary amenorrhea, obesity and adrenal cancer.

Changes in your diet can also result in changes to your menstrual cycle. The ketogenic diet or any diet that puts your body into a ketogenic state on a long term basis can affect your cycle. One study in teenagers who ate a ketogenic diet to control a particular type of epilepsy found that 45% of subjects reported menstrual changes as a side effect.

9. You Didn't Follow Instructions Correctly
Read the instructions on your home pregnancy test’s package carefully so that you can administer the test properly—the test is only as good as your ability to follow the instructions! Since the tests are qualitative, this makes them sensitive to the process of testing. Most home pregnancy tests ask you to hold a test strip in urine, and pee on it while on the toilet. Some make you dip the test strip in a clean cup where you have collected the urine (my preferred method for an accurate pregnancy test result).

These are the main reasons for a missed period and negative pregnancy test but there are others. Periods can be late for a number of reasons .

How to Get an Accurate Pregnancy Test Result
• Get the first urine in the morning. The first pee of the day is the best urine to use to ensure accuracy because it's so much more concentrated from having collected in the bladder overnight.

• Drinking too much water can dilute the urine, which may result in a false negative.

• Results may also be affected by medications you are taking. They can mask the presence of hCG or affect their sensitivity. If in doubt, consult your pharmacist or doctor.

• Visit a doctor for an ultrasound.
HCG Levels Aren't the Same for Everyone
A slow rate of hCG production is another good explanation for a negative test and no period. Not everybody is built the same—levels of hCG produced vary from woman to woman. If you tested too early or your body is not making enough hCG for the test to pick up, then you'll get a false negative.

As previously stated, home pregnancy tests are usually very accurate. However, there are, of course, times when they are less so, and this is one instance where that could happen. While these tests have become better over the years, it’s always best to get your test result confirmed. The confirmatory tests are usually diagnostic procedures done by your doctor. This may involve a verification of the gestational sac and fetal parts using ultrasound, the detection of a fetal heartbeat, and the detection of fetal movements by a trained examiner.

Don't Rely Solely on the Test; Look for Symptoms

Remember, don’t just rely on home pregnancy testing because stressing over a negative test with no period isn’t worth it, especially when there is the possibility of having another life to take care of.